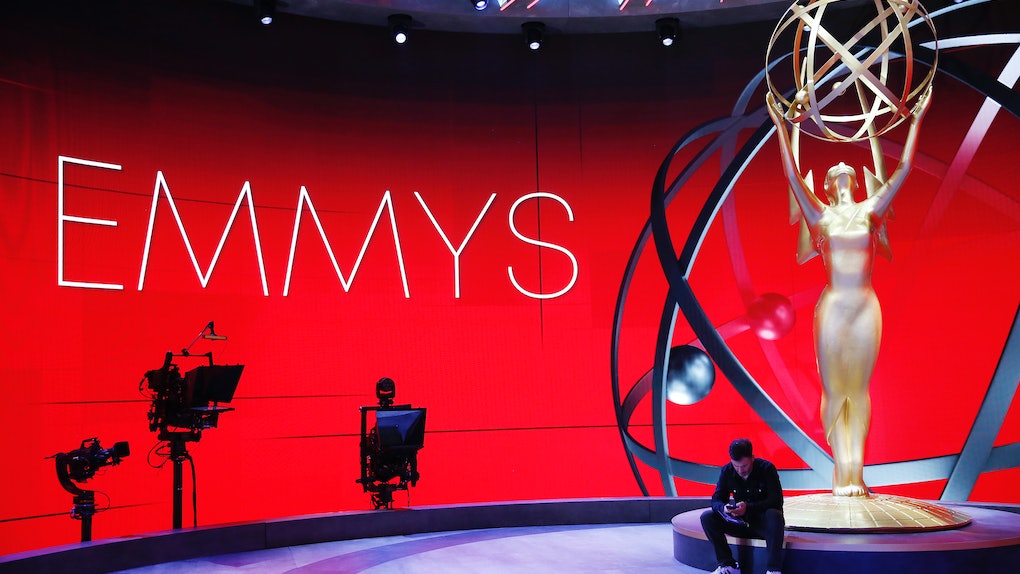 Do The 2020 Emmy Nominees Know Who Wins In Advance? Here's How It Works

The 2020 Emmys did not disappoint. While fans weren't sure what to expect from the show — with no celebs in attendance due to the coronavirus pandemic — the producers still managed to find a way to keep things exciting. After the awards began getting handed out — by people in custom hazmat tuxedos, no less — on Sunday, Sept. 20, viewers started to wonder one important question: Did the 2020 Emmy nominees know who won in advance? The proof that the noms do not know who wins ahead of time is hilarious.

Comedian Ramy Youssef gave fans at home a little sneak peek as to what went on outside his home during the 2020 Emmys. It showed the hazmat suit presenter waiting outside until the winners were announced live, then waving and walking away.

After Youssef, the creator and star of Hulu's Ramy, lost in the Outstanding Lead Actor in a Comedy Series category to Schitt's Creek's Eugene Levy, he showed the sad moment the hazmat suit presenter waved goodbye to him from outside his window. Holding an Emmy in hand, the presenter swiftly walked away after Youseff lost out on the award.

Luckily, Youssef was surrounded by people close to him at home who couldn't help but let out a laugh as the presenter took the award and made a mad dash. "When you lose the emmy," he captioned the video of the very moment on Twitter.

Prior to Youssef's behind-the-scenes look, fans wondered if the other nominees were aware of their win ahead of time, since it's not every day that a man or woman suited up in hazmat gear waits outside a celeb's home holding an Emmy.

Twitter users got a kick out of Youssef's brutal (but hilarious) documentation of his loss. "Omg," someone running the official Hulu account replied to Youssef's tweet. "Hahahaha what a memory to make," actor Dewayne Perkins wrote.

Youssef may have lost out on an Emmy award on Sunday night, but his tweet got a whole lot of love.

More like this
8 Facts About Lisa Delcampo On 'The Circle,' AKA Lance Bass' Assistant
By Rachel Varina
Are Meghan & Harry Getting Paid For Their Netflix Show? Here's The Deal
By Sydney N. Sweeney
'Bachelor In Paradise' Season 7: Premiere Date, Cast, Filming, & More Info
By Rachel Varina
Stay up to date