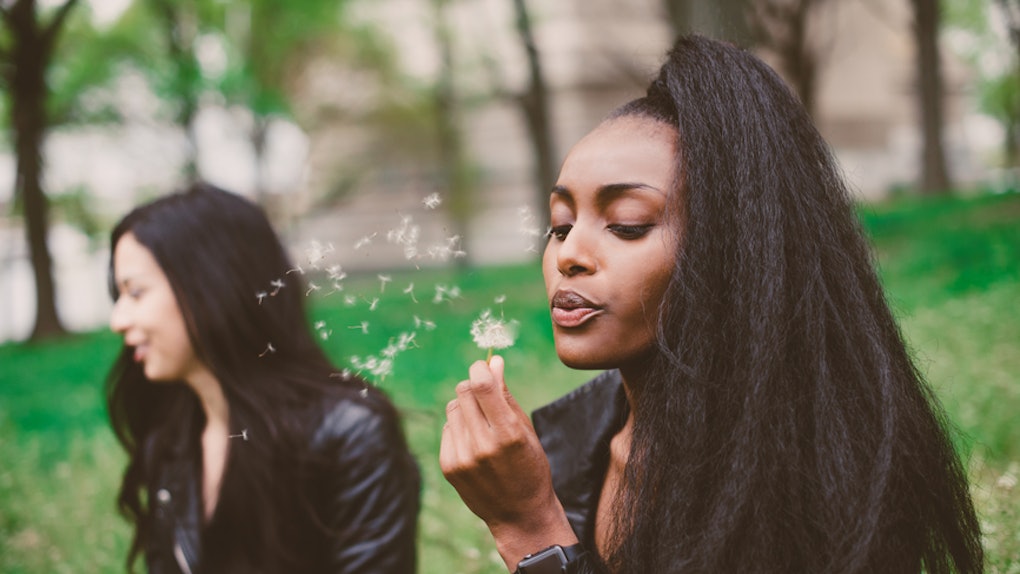 Do Allergies Make You Tired? They Definitely Can, So Here's How To Stay Awake

When you (finally) get to the end of winter, it's almost impossible to imagine anything besides the freezing cold universe you've been living in. You've been so cold for so long that you can't remember life without a winter coat — but the good news is right around the corner: The most miserable season of the year is over, and with its departure will come flowers, butterflies, and a whole new set of seasonal issues that are entirely unrelated to five-foot snow drifts. If you're suddenly feeling fatigued two weeks into spring, you're probably wondering whether allergies make you tired, or if your sleepiness is even related to the change in seasons at all.

The reason why your allergies tend to spike up in the warmer months has to do with a little yellow thing called pollen. As you probably know, pollen (also known as flower sperm, which is equal parts upsetting and fascinating) is a fine powder that bees carry from flower to flower. This powder holds the flower's male gametes, which are then pollinated with the seeds of another flower, thus allowing for reproduction.

In addition to being the source of reproduction between many plants and flowers, pollen is also known for causing your allergies to rear up.

Seasonal allergies, also known as seasonal allergic rhinitis, are your body's response to airborne substances that your immune system views as harmful, including pollen, dust mites, pet dander, or grass, according to LIVESTRONG. Of course, you're inhaling a whole lot more pollen into your lungs during the first few weeks of spring than you do in the winter, which is why you might suddenly feel sniffly and sneezy during your usual walk to work.

But it's not just congestion that you're going to deal with. According to HowStuffWorks, over 80 percent of people who deal with seasonal allergies also wind up struggling with fatigue. This is largely due to the changes and difficulty you might feel with your breathing. When you're waking up every hour or so to wheeze, or cough, or blow your nose, it's pretty much inevitable that you'll feel a little more tired than usual the following morning.

Allergies can absolutely lead to serious fatigue — so what are you supposed to do to combat it?

According to Everyday Health, there are a few measures you can take to combat your seasonal allergy symptoms. For one thing, you can shut all of your windows in your house, so that you're not inhaling all of that pollen all night long, and you can take off the clothes you wore outside, in case there's pollen residue on the fabric.

If you have pets, and their dander makes you sneezy, you can keep them out of your bedroom. Or, if you have cats like me, and they meow at your door all night long when you lock them out, make a point to vacuum as often as possible, so that you're minimizing the amount of airborne molecules and dust that are floating through the air.

Of course, you can also take over-the-counter medications like NyQuil that will help you sleep through the night. But be sure that you read the fine print of the meds you decide to take, and only take them when you know for sure that you're fully in for the night, as allergy medications have been shown to cause drowsiness to the extent of potentially causing car accidents.

But when you're feeling drowsy or sneezy or sniffly, just remember that the sun is still out, and the sound of bees are a win. It's been freezing and wet and snowy for far too long, and I, for one, will happily take a little bit of fatigue in exchange for some sunshine.