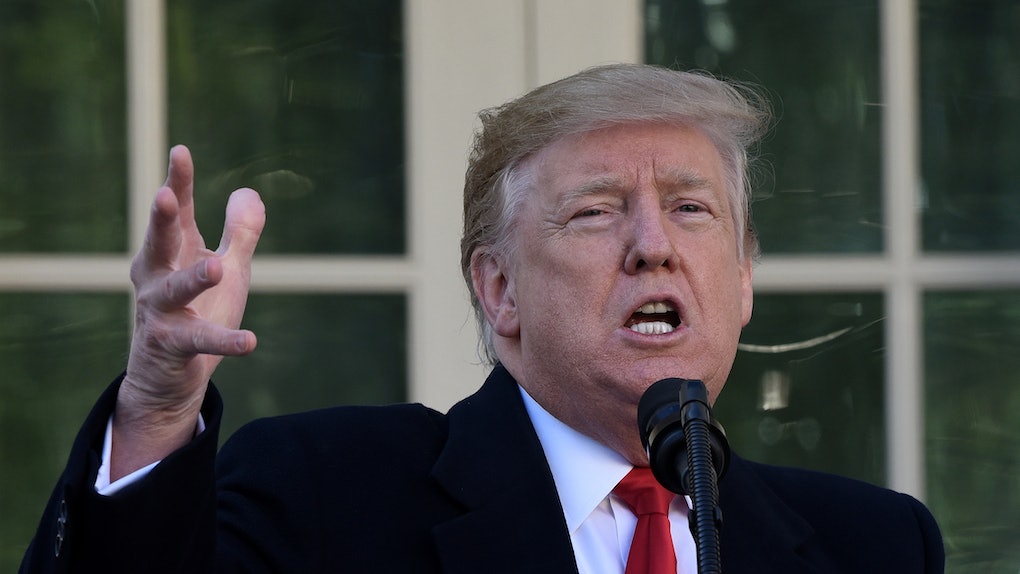 Did IUDs Get More Popular After Trump Took Office? New Study Confirms They Did

When President Donald Trump won the presidential election in November 2016, millions of people felt deeply affected by the news. That included some women who feared his presidency could result in a change the Affordable Care Act, which would no longer guarantee them full coverage on all FDA-approved forms of birth control. As a result, some women considered long-lasting forms of birth control, like IUDs. But did IUDs get more popular after Trump took office in January 2017? You can bet your bottom dollar they did.

A new study conducted by Dr. Lydia E. Pace, Dr. Stacie B. Dusetzina, and Dr. Mara E. Murray Horwitz and published in JAMA Internal Medicine on Feb. 4 just confirmed that Trump's election really did result in a rise in insertions of both intrauterine devices (IUDs) and birth control implants.

And this wasn't just a small increase. No, according to the study, there was a 21.6 percent increase in IUD and implant insertions among women between the ages of 18 and 45 who had commercial insurance. The researchers found that an extra 2.1 IUDs or implants per day were inserted for every 100,000 women. They observed this uptick occurring within the 30 days following Trump's election.

The researchers didn't interview the women who chose to have IUDs or implants inserted, so there's no clear answer as to why people tended to switch up their primary form of birth control. But the timing of the surge in long-form contraceptives points pretty strongly to Trump's win as at least one factor. If women feared losing access to free birth control for at least the next four years, it makes sense that some strongly-motivated people would rush to their gynecologists for a long-lasting form of protection. It's also no coincidence that the form of birth control women were opting for would be extremely expensive without insurance.

Beyond this study, other health professionals have noticed a similar surge in interest in long-lasting methods of birth control.

"My slots would be booked with women wanting to get IUDs," Dr. Aparna Sridhar, an associate professor in obstetrics and gynecology at the David Geffen School of Medicine at the University of California, Los Angeles told the New York Times. "They would specifically state that they are getting an IUD because of the political changes they are witnessing."

Furthermore, Dr. Sridhar told the New York Times that, while there were just 53 long-acting reversible contraceptive insertions at the U.C.L.A Student Health Center in the eight weeks before Trump's election, that number jumped to 118 in the eight weeks after he was elected. That's more than double the procedures in a pretty short amount of time.

Former Planned Parenthood president Cecile Richards noted a similar finding in January 2017 when she told Christiane Amanpour that her organization had witnessed a 900 percent increase in IUD-related appointments following Trump's election "because they are desperately concerned that they are going to lose their access to health care."

If nothing else, these figures just show us how much women in this country value their reproductive rights.

More like this
Ivanka Trump's Women's Initiative Failed Inspection, & It's A Mess
By Rhyma Castillo
The More Contagious B-117 COVID Variant Is Now The Most Common Strain In The U.S.
By Rhyma Castillo
5 Signs You're Burned Out From Dating & Could Use A Break
By Danielle Sinay
Stay up to date