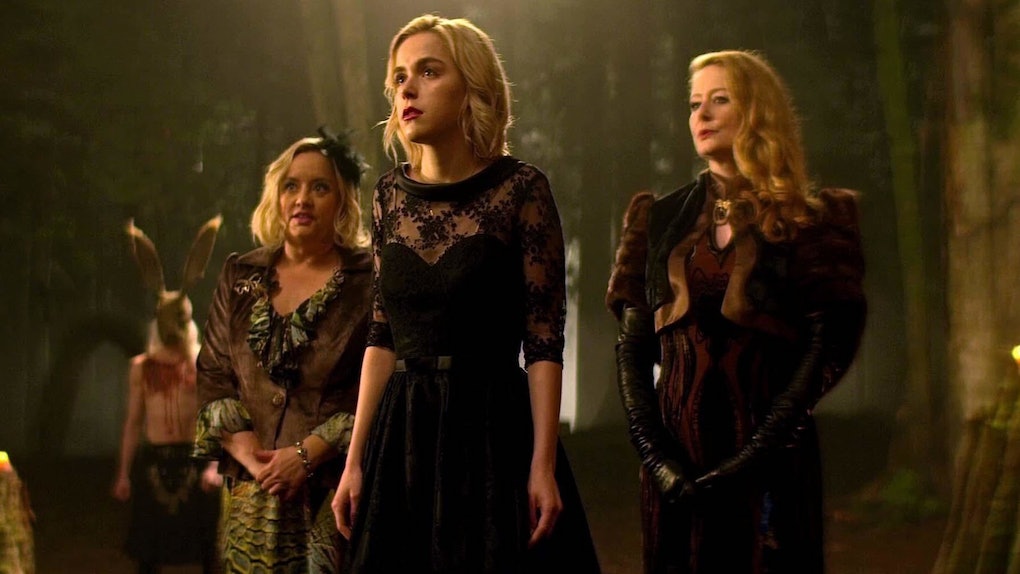 Did Father Blackwood Kill Sabrina's Parents? Part 2 May Have Revealed The Truth

The newly released second part of Chilling Adventures of Sabrina may have just answered one of the show's biggest questions. The mystery over the death of Sabrina's parents has loomed over the series since its very first episode, and Part 2 just offered up the full explanation behind the Spellman parents' untimely demise. So, did Father Blackwood kill Sabrina's parents? Let's dive into the truth... or at least, what seems to be the truth.

Spoiler alert: This post contains plot details from the first five episodes of Chilling Adventures of Sabrina Part 2. Sabrina's parents have been a major mystery in Chilling Adventures of Sabrina since the show premiered. We know that her father Edward Spellman was a powerful warlock who had led the Church of Night, and her mother Diana was a mortal whose ghost Sabrina briefly reconnected with in the recent holiday special. In the premiere episode, Edward's sisters Hilda and Zelda mention that Sabrina's parents died in a plane crash shortly after Sabrina's birth, but we never get any specifics about that plane crash until Part 2.

In the fifth episode of Part 2, Sabrina has an unlikely run-in with her father's ghost shortly ahead of Zelda's wedding to Father Blackwood. Edward tells Sabrina that Father Blackwood was behind his and Diana's deaths all along, claiming that Blackwood caused the plane to crash in order to prevent Edward from making it to Rome, where he was going to present the anti-pope his tenets on reforming the Church of Night.

Sabrina and Nick are then able to find Edward's tenets in the ocean, and read them to discover that they proposed progressive changes for the church, such as more power for witches and encouraging relationships with mortals. Conversely, Father Blackwood is planning to introduce his own set of tenets to the anti-pope ahead of his wedding to Zelda, which are the exact opposite of Edward's. Blackwood's reformations call for the further subjugation of witches under warlocks and a complete ban on relations with mortals. With that, Father Blackwood's motives for wanting to kill Edward before he could present his tenets to the anti-pope are totally clear.

But, there is still a bit of doubt in this explanation of the Spellman deaths. It turns out that Sabrina had not spoken to her father's ghost at all, but actually a glamour conjured up by Lilith/Ms. Wardwell.

Finding out that the ghost was not actually Edward Spellman throws his claims into question, but it does not necessarily mean that they were all lies. Lilith has been trying to get Sabrina to rebel against the Church of Night since she found out that the Dark Lord was looking to replace her with Sabrina, which explains why she would want the young half-witch to turn against Father Blackwood. And she probably did not even have to lie to do it. Father Blackwood really did seem scared when Sabrina confronted him with her father's tenets in front of the anti-pope, and Blackwood's tenets are clearly written out of a specific knowledge of Edward's. It seems like Father Blackwood really was behind the death of Sabrina's parents... now if only she could get her Aunt Zelda (who just married him) to believe her.