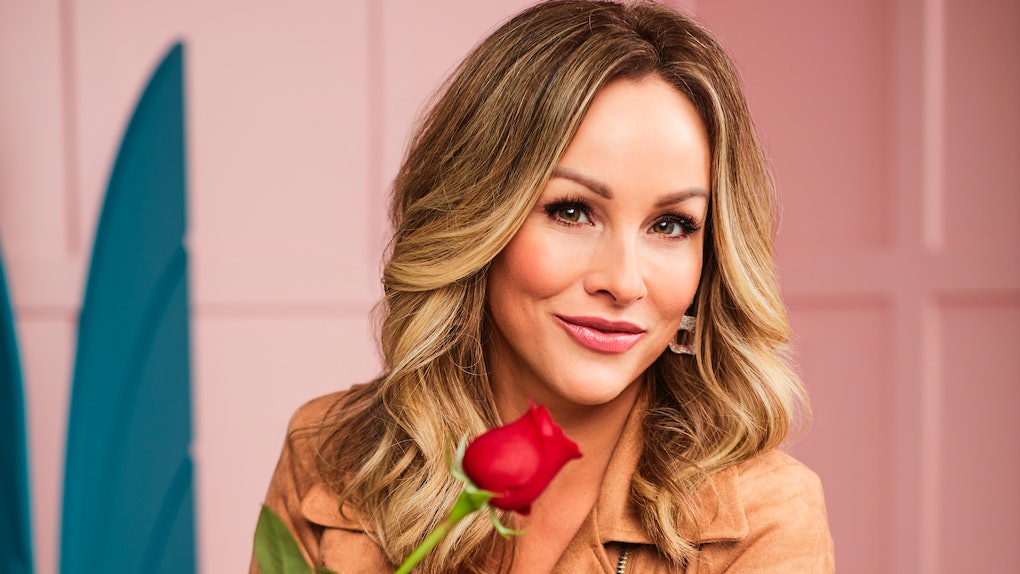 Did Clare Crawley Go To Prom? This Claim Is Awkward

During Season 16, Episode 2 of The Bachelorette, Clare Crawley told Chasen Nick she did not go to prom. “I didn’t have the greatest high school experience either, to be honest. I never went to prom,” she told Nick after he revealed he felt like a hermit crab in high school. “Nobody ever asked me. Nobody even knew who I was in high school. I was just invisible, I think. I felt invisible.” The moment was NBD and the show moved on. But a woman on Instagram named Jami Merchant says otherwise — and claims Crawley went to prom with her husband. (Elite Daily reached out to ABC and Merchant for further comment on Merchant's claims, but did not hear back in time for publication.)

On Oct. 20, the night Crawley and Nick's conversation aired, Merchant posted a carousel on Instagram featuring the clip of the conversation along with multiple images of Crawley at what appears to be a high school dance.

My husband took @clarecrawley to senior prom, @clarecrawley you went to prom. #bachelorette#clarecrawley#senior ball #1999#hothusband Note: she went to all girls school he went to a all boys school call it want you want, Senior Ball or Senior Prom, it took place in the spring.

As you can imagine, the post made a splash on social media with multiple Bachelor Nation fans commenting. One fan even tagged Crawley in the comments section alongside the message, "you've been exposed." Against all odds, the comment actually captured Crawley's attention, and she decided to respond by setting the record straight with this response:

lol actually not. You do know there is more dances in high school that are NOT Prom? Turns out it's just someone digging up old photos. (why she keeps her husbands old dance pics I'm not sure 🥴) I went to a new school senior year and in fact DID NOT go to prom just like i said.

Honestly, I'm not totally sure why anyone would go so far as to lie about not going to prom, so I'm going to go ahead and believe Crawley on this one.

Editor's Note: On Oct. 21, Reality Steve tweeted a screenshot of Merchant's Instagram post, officially shutting down the prom rumor mill. "I would like to say I [misunderstood.] Clare did not go to prom with my husband[,] it was another dance and I apologize for my error," she reportedly wrote. Guess that puts this to rest.

This article was originally published on Oct. 21, 2020

More like this
Dale Moss' Instagram With Clare Crawley Suggests They're Back Together
By Corinne Sullivan
Clare Crawley's Tweet About Matt James Reportedly Dating Grace Amerling Is Shady
By Candice Jalili
Did Bennett Jordan Send Kelley Flanagan Flowers? Here's Why Fans Think So
By Candice Jalili
Stay up to date