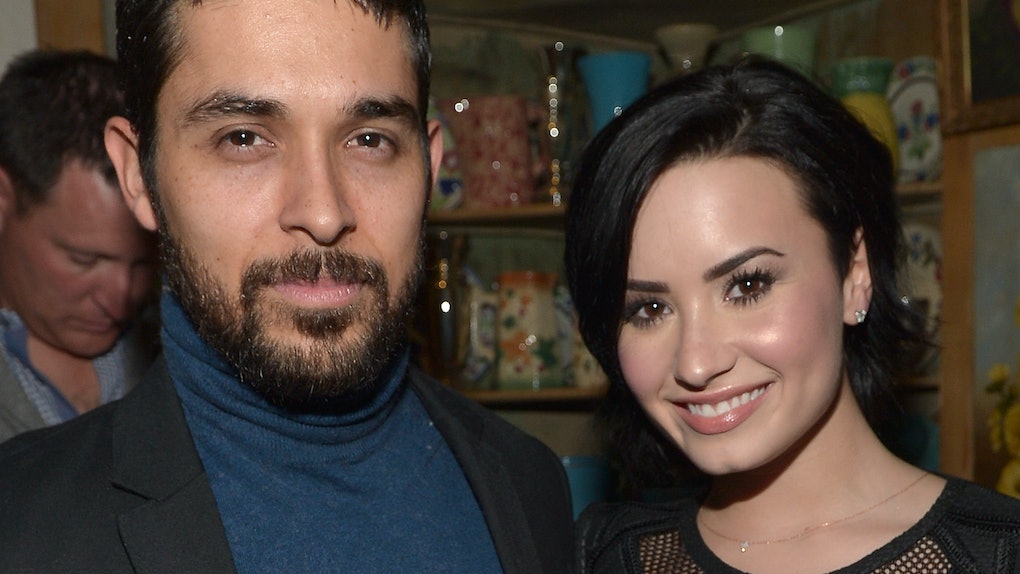 Demi Lovato just released her new documentary, Simply Complicated, on YouTube on Oct. 17, and it's so, so emotional. As part of her tell-all, she lets us in on her long-term past relationship, and let me tell you, Demi Lovato's quotes about her breakup with Wilmer Valderrama are heartbreaking.

While the documentary covers all of the ups and downs about Lovato's life (from her early stages of depression through her growing fame and her struggles with drug abuse), the show takes a turn when she pauses to talk about Valderrama.

Demi thoughtfully begins, "I've never loved anyone like I loved Wilmer," and it just becomes more heatbreaking from there.

I've never loved anybody like I loved Wilmer, and like, I still love Wilmer. When I first met Wilmer he was 29. I met him on January 11 of 2010, and it was at a PSA shoot at his house for the 2010 census forms. To be honest, I only did it because I heard it was at his house and I thought he was really cute. I didn't really care about the census forms. But [when] I met him and I laid eyes on him for the first time, I was in hair and makeup and he came in and sat down and I was like 'I love this man' and 'I have to have him.' But I was only 17, so he was like, 'Get away from me.' After I turned 18, we began dating. I think it was love at first sight, and I don't really believe in that, but I believe that it happened.

Oof. Pause for a tissue break.

We connected on a level that I've never connected with anybody before. He was just my rock. My everything.

Demi explains that their decision to split was mutual, and stemmed from nothing but love and support for one another's personal growth.

It had nothing to do with falling out of love. We decided together that we're probably just better as friends.

In the documentary, she is spotted at a party with Wilmer, where the two embrace and seem incredibly cordial and happy to see one another. Demi explains to cameras behind closed doors,

The two clearly have a good relationship, and it will make their mutual fans happy to know they're still on good terms. For Demi, this documentary is to show her own, individual growth and continue her path to "life without demons," as she puts it.

I'm growing up, by myself, and to have my own place designed the way that I want it to look, with my dog... I wanted to know what it's like to be on my own... and this is where I finally feel like I can be grown up.

Demi, we seriously love you.