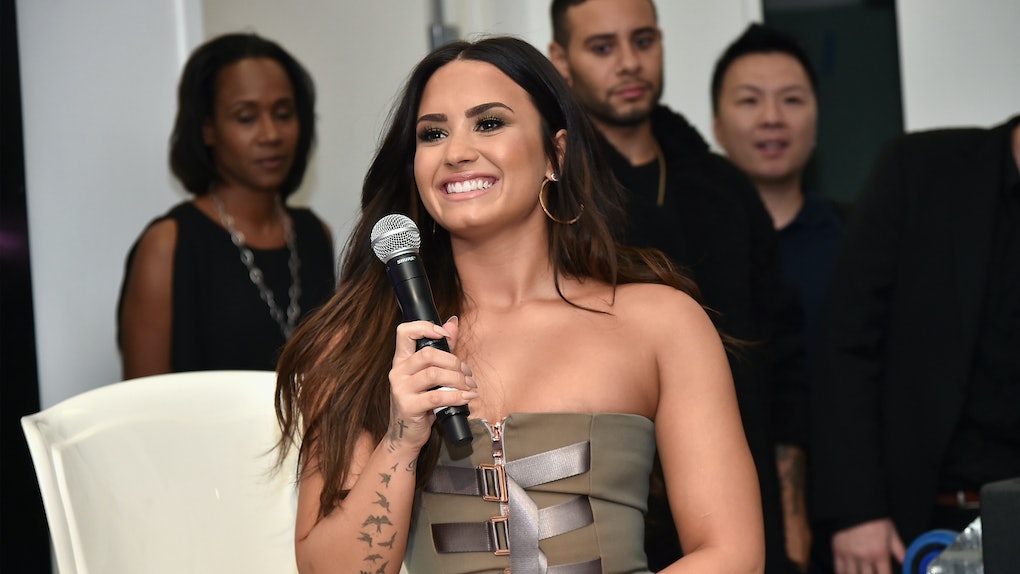 Demi Lovato’s new documentary Simply Complicated is here and there are a lot of emotional ups and downs. While Lovato has been vocal about being bullied in the past, the documentary sheds some new light on how it shaped who she became. Demi Lovato’s bullying story will break your heart.

In Simply Complicated, Lovato explores her early years. But first, right out of the gate, Lovato is so, so real, talking about the anxiety surrounding this interview/documentary, explaining the last time she did an interview this long, “I was on cocaine. It was called ‘Staying Strong.’”’

The singer then explained:

Lovato further explained, “growing up, I had been bullied in school,” saying she “felt like an outsider," and "like an outcast,” but then she became friends with a girl who was popular. “One day, I asked her ‘how do you have all these friends?,’” Lovato noted, and the girl asked Lovato “do you party?"

Lovato explained, "She asked me, 'Do you drink?,'" with Lovato saying that this was her first experience with drugs and alcohol, adding, “we experienced a lot of stuff together, drinking and using, and growing up.”

Her friend, Marissa Callahan, further explained, “We started drinking fairly early. To me, it was just like ‘we were just having fun, we’re kids. Everyone’s doing it, so we’re going to too.' Little did we know that there was going to be this downward spiral.”

Lovato added, “My first time doing coke, I was 17, working on Disney Channel, and I was with a couple friends and they introduced me to it. I was scared because my mom always told me that your heart could just burst if you do it, but I did it anyways and I loved it.”

She continued, “I felt out of control with the coke the first time that I did it. My dad was an addict and an alcoholic and I guess I always searched for what he found in drugs and alcohol because it fulfilled him and he chose that over family.”

Lovato also explained some of the feelings she grappled with when she was younger, noting: “I was depressed at a very, very young age, fascinated with death, wondering what it would be like to have a funeral. I never knew why I would think so darkly, and it took me a long time to figure out what was actually going on.”

Later in the documentary, Lovato discussed her eating disorder and the bullying she endured in school as a kid. She explained:

When I was 12, I was bullied, I developed a social anxiety where I didn’t trust other girls my age. Then one day, this girl this girl who was popular started saying ‘Demi should kill herself. She should slit her wrists.’ It resulted in a suicide petition that got passed around and she had other classmates sign it.

When Lovato asked why they were treating her that way, they had no reasons. Lovato explained, “I had no friends. I was alone. So I went off of what they were calling me, which was a ‘whore’ and ‘being fat.'"

She called her mom, who picked her up from school and, Lovato explained, “that’s when my eating disorder developed.”

Lovato's bullying story is beyond heartbreaking, but it's so important that she's sharing her experiences with the world.