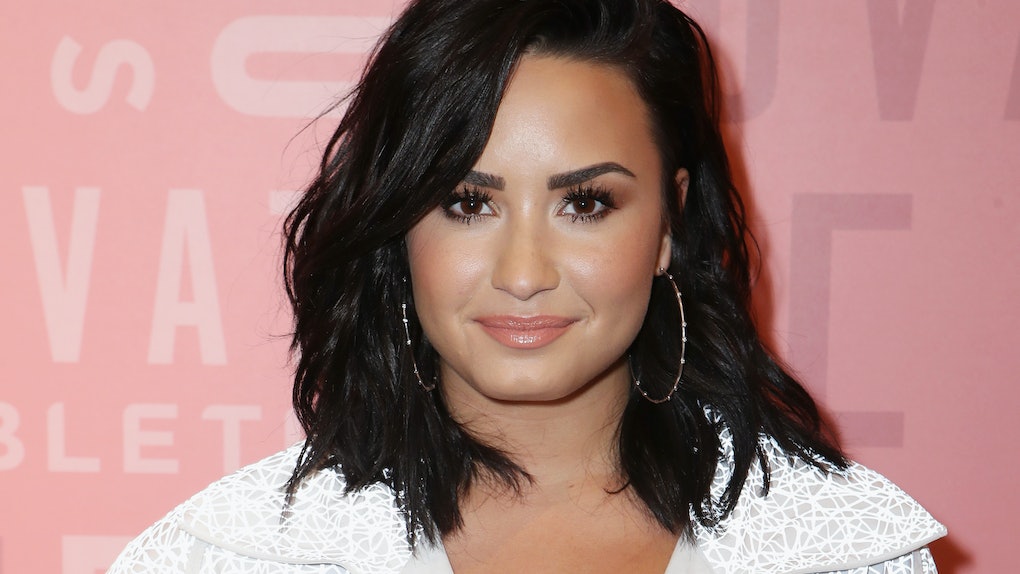 Demi Lovato has reportedly been hospitalized after a reported overdose, according to TMZ and Us Weekly. Elite Daily reached out to Lovato's team for confirmation on the reports of an overdose and the reported hospitalization, but did not hear back at the time of publication. The LAPD did confirm that they responded to a home in Hollywood in the area where Lovato lives, according to Us Weekly.

UPDATE: In a statement shared with Elite Daily by email, a rep for Lovato says that the singer is awake. The statement reads,

"Demi is awake and with her family who want to express thanks to everyone for the love, prayers and support. Some of the information being reported is incorrect and they respectfully ask for privacy and not speculation as her health and recovery is the most important thing right now."

EARLIER: TMZ reports Lovato was rushed to a Los Angeles-area hospital from her home in Hollywood Hills, California just before noon on Tuesday, July 24, after reportedly spending the night out on Monday, July 23, celebrating a friend's birthday in West Hollywood.

Lovato is reportedly being treated for a possible heroin overdose. Law enforcement sources told TMZ that Lovato was "treated with Narcan at her home — an emergency treatment for narcotic overdoses," though Lovato and her team have yet to confirm this.

This devastating news comes just a month after Lovato released "Sober," an emotional song in which she reveals she relapsed after six years of sobriety. In the lyrics, she apologized to family, friends, and fans for not maintaining her sobriety:

Mama, I’m so sorry I’m not sober anymore / And daddy please forgive me for the drinks spilled on the floor / And I’m sorry for the fans I lost who watched me fall again / I wanna be a role model, but I’m only human

Lovato has struggled for years with substance abuse issues. The singer has sought treatment several times. According to People, Lovato was treated in 2011 for bipolar disorder, self-harm, and addiction. When she relapsed shortly after, Lovato entered a sober living facility for a year, after which she was sober from 2012 until 2018.

Fans are naturally devastated by the news of a possible overdose. Some are even taking to social media to express their support for the singer:

When "Sober" was released in June 2018, Lovato seemed to be looking ahead to brighter and better things. In a show of solidarity and support, Lovato and her close associates got matching tattoos of the word “Free” on their pinky fingers.

After Lovato performed “Sober” for the first time in late June 2018, she took to Twitter to explain how she was feeling:

Tonight I took the stage, a new person with a new life. Thank you to everyone who has supported me throughout this journey. It will never be forgotten.

To my fans, my family, and my supporters, the ones who never left me, you are my light. I am forever grateful.

She also posted a video to go along with the message:

Lovato was scheduled to perform in Atlantic City later this week, on July 26. But her concert dates are the last thing on her fans' minds as they wait to hear news of Lovato's condition, which is currently unknown, according to TMZ.

If you or someone you know needs help with substance abuse issues, you can reach out to the Substance Abuse and Mental Health Services Administration (SAMHSA) National Helpline at 1-800-662-HELP (4357).