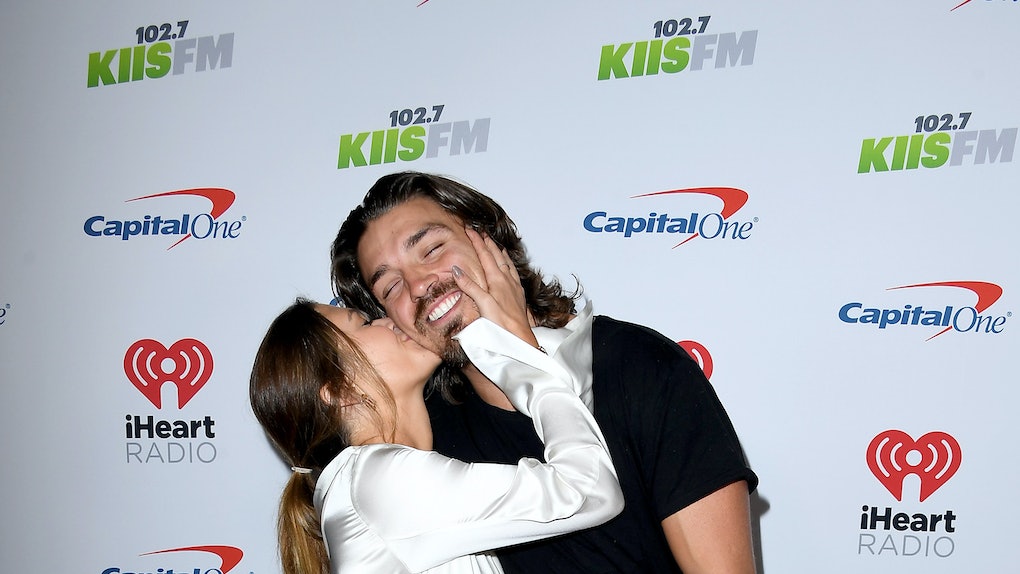 If you were hoping to hear bells ringing from a certain Bachelor Nation star's van/home at some point in this lifetime, Dean Unglert's quote about marrying Caelynn Miller-Keyes is here to shut those dreams down real quick. Unglert went ahead and dismissed the possibility of ever marrying Miller-Keyes during a majorly awkward conversation with Us Weekly on Dec. 6. “That’s never going to happen,” the Bachelor Nation star said of the possibility of getting married to girlfriend Miller-Keyes. “She does joke around about us getting married all the time, and I always say, ‘Sorry, it’s not going to happen.’"

"I don’t know, I’m super unconventional and she obviously is a little more conventional," he continued. "We joke around about it. Just try to keep expectations to a minimum, you know? Like I said on the show, underpromise, overdeliver.”

Miller-Keyes, however, doesn't seem to be on the same page. On Nov. 20, she told Us Weekly in November that she could "maybe" see marriage in their future. “Maybe that’s in our future, but it would be way down our future,” she shared.

Kids also appear to be off the table for Unglert. “The older I get, I feel like the less and less I want kids," he told Us Weekly during their Dec. 6 interview. "I remember when I was a teenager, I was always so dead-set on having kids, but the world’s in flux. I don’t know if it’s necessarily the most responsible thing to do to bring a child into this world. That being said, she wants kids, so I don’t know.”

Unglert and Miller-Keyes are both entitled to their own opinions on this very personal choice, but here's where it gets mega cringeworthy: Unglert admitted that the reason he doesn't want marriage and kids might be to spite his girlfriend. In what could literally be the most uncomfortable public statement ever made, he told Us Weekly, “I don’t know if I don’t want kids just because she wants kids, and I don’t want to get married just because she wants to get married."

Elite Daily reached out to Miller-Keyes for comment on Unglert's quotes but did not hear back in time for publication.

Unglert's nonchalant attitude shouldn't come as a surprise to anyone who watched him put Miller-Keyes through the ringer during their season of Bachelor in Paradise. ICYMI: The two immediately hit it off when he made a surprise appearance on Paradise, but then he up and dumped her on her birthday claiming he "won't be able to get where" she needs him "to be at the end of this." At that point, he left the show and left Miller-Keyes heartbroken:

Eventually, Miller-Keyes found a rebound in Connor Saeli but, alas, like a textbook f*ckboi ex, Unglert came to win her back as soon as it seemed like she was legit moving on. Upon his return, Unglert offered Miller-Keyes a chance to leave the show for a life of adventure in his van with him. She accepted and the rest is history.