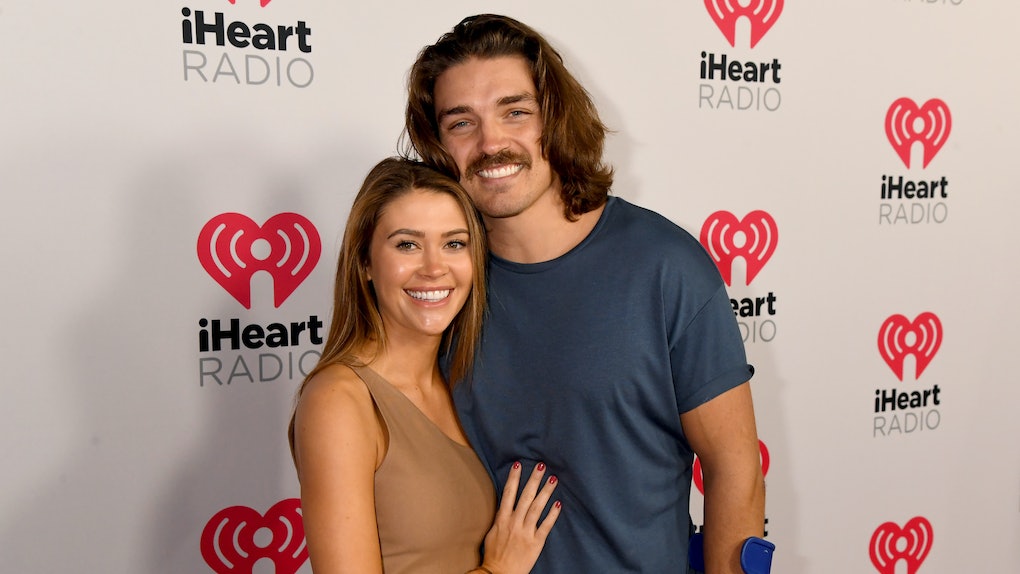 Dean Unglert's Quote About Caelynn Miller-Keyes' Past Relationships Is Surprising

It's a sad fact of life that your partner might have dated other people before they dated you. But apparently, Dean Unglert had a hard time coming to terms with that. On Nov. 15, the Bachelorette alum opened up about his relationship on his Help! I Suck at Dating podcast with Jared Haibon, and Dean Unglert's quote about Caelynn Miller-Keyes' past relationships is pretty 👀. "A long time ago, when we first started dating, there were things where I was, like, disappointed about or just upset to hear, you know what I mean, about Caelynn's dating history," he said, though he didn't elaborate on what exactly "disappointed" him.

However, he did acknowledge he didn't have a right to judge her romantic past. "And I was like, 'Well, dude, if you were to flip it around and put me in the same position that I'm putting her in, I would look 20 times worse,'" he continued. "So I'm not gonna sit here and be a hypocrite and be upset about something that she might or might not have done while I have done the same thing, if not worse, 10 times over." Again, cryptic AF. Can I get some deets here, Dean?

Though it's not exactly clear what Unglert was alluding to, he may have been hinting at the drama that went down during Season 6 of Bachelor in Paradise — or, rather, what went down before Season 6 even aired. At the Stagecoach festival in April 2019, former Bachelorette runner-up Blake Horstmann reportedly hooked up with Miller-Keyes only a day after reportedly sleeping with his ex-girlfriend, Kristina Schulman. Horstmann later claimed during a September 2019 appearance on the podcast Bachelor Happy Hour with Rachel & Ali he and Miller-Keyes were never in a serious relationship, though she said they were. Basically, the whole thing was a confusing mess.

After Miller-Keyes briefly hit it off with Connor Saeli, she and Unglert ended up leaving Paradise as a couple, and during the Nov. 15 episode of his podcast, Unglert said he ultimately could not judge his partner for what happened before they got together.

"I don't think that you should ever really hold your significant other accountable for the things that they did before they knew the person that they're dating," he said, adding, "You could spend time thinking about it and dwelling on it, but you're just gonna make yourself angry for literally no reason at all because it's like, what are you supposed to do about someone doing things before they ever possibly knew you?" V good point.

What happens as Stagecoach may not stay at Stagecoach, but I'm just glad Unglert and Miller-Keyes have found a way to move past the Paradise drama.