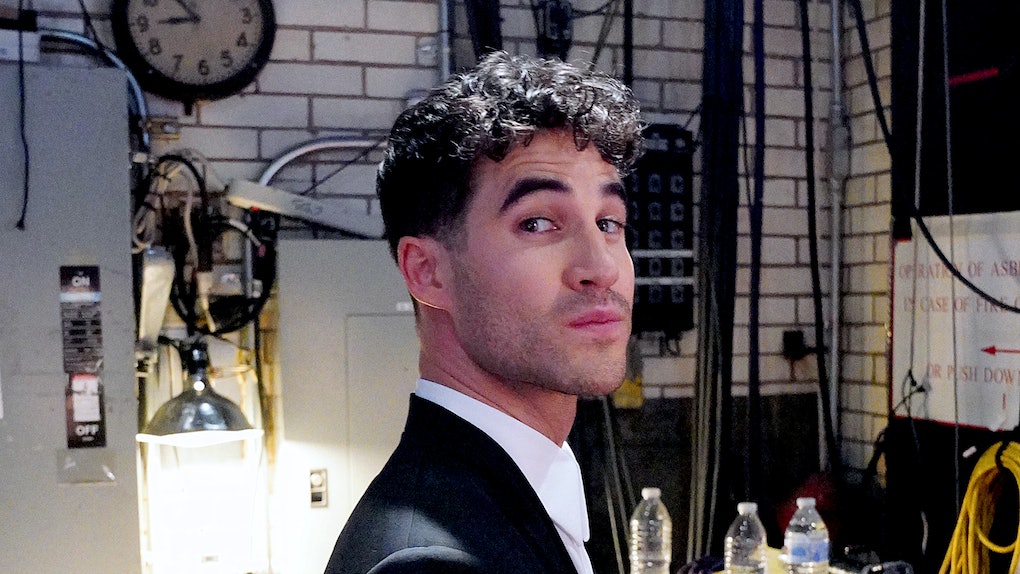 Darren Criss' Quibi Musical Series 'Royalties' Will Have You Singing Along

Darren Criss first sang his way into fans' hearts all across America as his character Blaine on the hit series Glee. Now, he's returning to his musical roots with a new show. Only this time, in addition to performing, he's also writing and producing. Darren Criss' Quibi musical series Royalties is coming soon, and you're going to want to sing along.

In each episode, Royalties will feature original songs written by Criss. This is by no means Criss' first foray into songwriting; in 2015, he was nominated for an Emmy Award for writing the song "This Time" for Glee.

Songwriting is something that Criss and his Royalties character will have in common. Per Deadline, here's a synopsis of the series:

Royalties is a satirical take on the oft-untold story of songwriters behind the world’s biggest hits. It follows the ascent of a ragtag songwriting duo – Sara and Pierce (Criss) – as they navigate the strange and hilarious challenges of creating a truly great song, week after week.

Criss will also be joined by some old friends behind the scenes. He's co-writing and executive-producing the series with Nick and Matt Lang, with whom he's collaborated for years. Together with a fourth partner, Brian Holden, they co-founded the musical theatre group StarKid together at the University of Michigan in 2009. The group famously went on to create "A Very Potter Musical," which became a YouTube sensation when it was released almost a decade ago. Because Royalties has some StarKid DNA, it'll likely also have a similarly strong fanbase as their previous projects.

Criss took to Twitter to talk about his new show, saying:

This has been a pet project of mine forever and I’m so happy that a) I finally get to make it with such great pals! (@TeamStarKid)! b) that it’s found a home at Quibi! and c) that you all get to see it soon!

Music makes its way into many facets of Criss' life. He has two solo albums and has formed an alt-pop duo with his brother Chuck, called Computer Games. The Criss brothers grew up in a household where music was important, so it's almost inevitable that they built careers around it. Criss talked to the Hollywood Foreign Press Association about making music a part of his life from the beginning. "I grew up in a household where a lot of singing and music was around," he said.

Royalties will premiere on Quibi, which, according to the new streaming service's website, will present "quick bites of captivating entertainment, created for mobile by the best talent, designed to fit perfectly into any moment of your day." Episodes on Quibi will be about 10 minutes long and will be made specifically to be viewed on phones.

There's no word yet on when Royalties will be released, but since Quibi won't be available until 2020, fans will likely have to wait a little while to see the new show. In the meantime, between Glee, StarKid, and his independent projects, Criss has a big catalog of music that can satiate eager listeners.