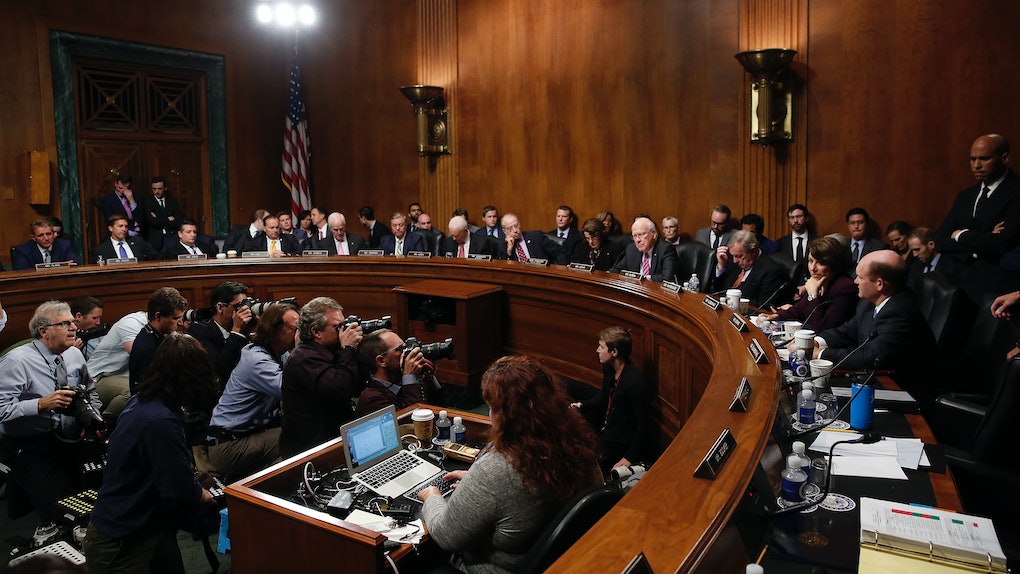 The #MeToo movement has swept across the globe and even to Washington, D.C. As the country moves towards ending sexual misconduct and how it's handled, on Dec. 13 Congress passed a bill to fight sexual misconduct on Capitol Hill. So even our government is adjusting to right past wrongs.

After months of negotiating between the House and Senate, this new bill whose objective is to help curb sexual misconduct on Capitol Hill was first announced on Wednesday, Dec. 12, and passed less than a day later. By unanimous consent, both the House and Senate came to an agreement and pushed the bill through, according to Politico.

Under this new legislation, according to The Washington Post, lawmakers who have been accused will be required to reimburse the Treasury Department for any awards or settlements that resulted from the harassment or any retaliation, as opposed to the taxpayers footing the bill. In addition, allegations of misconduct now include a preliminary review, voluntary involvement in the mediation — which means legal teams can negotiate the case with a third party, without the accuser being present — and offers those employees who bring claims a confidential advisor, according to Politico. Whereas, per The Washington Post, the current policy requires mandatory counseling and "cooling off" periods for accusers, which is an amount of time, at least 30 days, required before a sexual misconduct suit can be filed. Forcing accusers to wait before filing a claim could put them at further risk and extends the length of the whole process, while the one being accused still serves.

Sen. Amy Klobuchar, one of the sponsors of the legislation, told Politico on Thursday that the bill refocuses priorities onto the victims and making sure they're protected. She said,

This is a bill that fundamentally changes the way sexual harassment cases are handled in the Senate and in the House. The process we have will now protect victims of harassment instead of protecting politicians.

This new bill comes after more than a half-dozen Congress members were forced to resign over the past year following allegations of sexual misconduct. Among those politicians who handed in their resignation were Sen. Al Franken (D-Minn.), who had eight sexual misconduct allegations brought against him, which he denied, according to CNBC News. There was also Rep. Pat Meehan (R-Pa.), who was accused of behaving inappropriately with a former female aide. Meehan first denied the allegations but later said to several media outlets that he saw her as a "soul mate" but insisted he "never touched her" aside from hugging, reported NPR. Rep. Trent Franks (R-Ariz.) also left his post after being accused of offering a female employee $5 million to be his surrogate, and both she and a second female employee reportedly felt Franks wanted to sleep with them for the purpose of impregnating them, according to The New York Times. Franks reportedly admitted to discussing surrogate pregnancies with two female employees. Rep. John Conyers (D-Mich.) resigned after multiple allegations that he sexually harassed former employees. Conyers denied all the allegations. Finally, Blake Farenthold (R-Texas) settled a sexual harassment claim from his former communications director to the tune of $84,000 funded by the taxpayers, and per ABC News, he refused to pay it back — something this new bill won't allow for. Farenthold did not respond to Elite Daily's request for comment at the time.

With all the members of Congress who had to leave based on allegations of sexual misconduct, it's evident that #MeToo means just as much on Capitol Hill as in the rest of America. Hopefully this new bill will see some positive change.