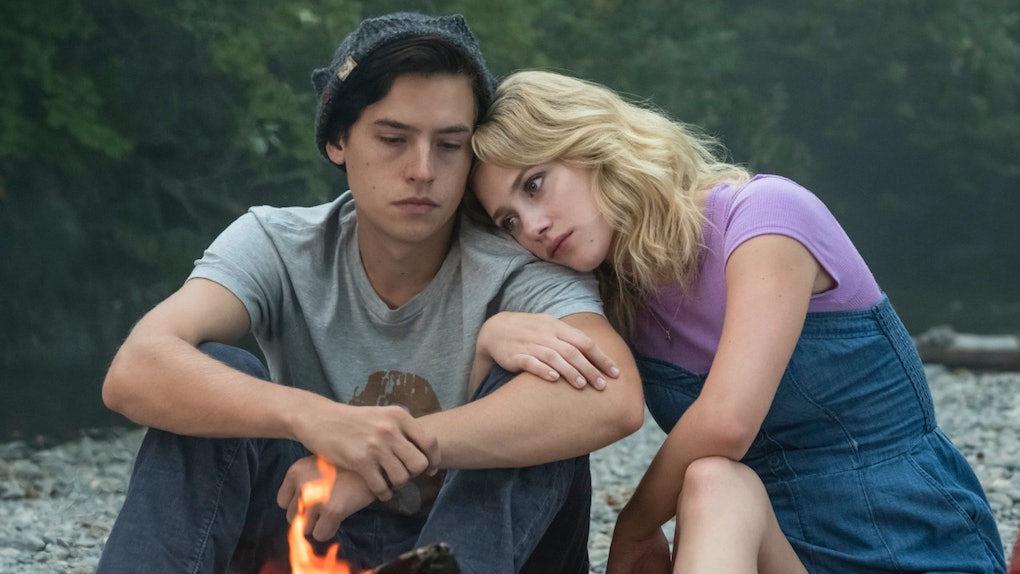 We are only days away from jumping into the third season of Riverdale, and obviously, fans have more questions than ever about the mysterious new season. Thankfully, Cole Sprouse is here to give us some answers. Ahead of the new season, Cole Sprouse's Reddit AMA about Riverdale Season 3 gave us a ton of new information about Jughead's personality shift, his reunion with his mom and sister, and what it was like to play young F.P. Jones in the upcoming flashback episode. Let's go over all the new info we got about Season 3:

The main takeaway from Cole Sprouse's AMA definitely seemed to be that Jughead would be a much different character in Season 3 than he was in Seasons 1 or 2. As Sprouse pointed out, each season takes on a new genre, which also reinvents each character slightly. Sprouse interpreted Season 1 Jughead as an almost-too-perfect friend willing to always go the extra mile for others, whereas he sees Jughead shifting to a brash, hotheaded, and more violent character in Season 2 once he is in deep with the Southside Serpents. So what's in store for Season 3 Jughead? Sprouse says this time around, Jughead is "calm, loyal, confident, brave, and understanding of his own mistakes."

Another new thing about Jughead in Season 3 is that he will be consistently scarfing down food throughout the season, Cole Sprouse revealed. Sprouse said that he wished he had made sure Jughead was always eating sooner, not only because it is a nice homage to the comic books, but also because he sees snacking as a way to show the wheels in Jughead's head turning while he's sleuthing something out.

A big new addition to Jughead's storyline in Season 3 is that we will finally get to meet his mom, Gladys, and his sister, Jellybean. Noting Jughead's character change from Season 1 to 2, one fan asked Cole Sprouse if Season 3 might see a return to Jughead's more intellectual side rather than his emotional reactionist side, and Sprouse said that is exactly what Jughead's mom will be addressing when she reunites with her son: getting him to use his head again, as Sprouse put it.

Riverdale fans are also looking forward to a flashback episode in Season 3, which will have the younger cast playing their own characters' parents in high school. For the episode, Cole Sprouse had to change things up to portray a younger version of F.P. Jones, although he revealed that he was given a lot of freedom and did not simply copy everything Skeet Ulrich does as F.P. He said that the characters in that episode will be slightly different versions of the parents we know, not straight-up carbon copies.

It is going to be all about the Jones family reunion on Riverdale Season 3, but fans are still curious about what Jughead's relationship with his little sister, Jellybean, will be like. The two have not seen one another for a long time, but Cole Sprouse assured fans that Jughead will be an "aggressive protector" of his little sister.

Riverdale Season 3 will premiere on Wednesday, Oct. 10 on the CW.

More like this
When Will 'Riverdale' Season 5 Return In 2021? Its Mid-Season Break Is Long AF
By Rachel Varina
5 Facts About Courtney From 'The Circle' Season 2
By Dylan Kickham
12 'Bridgerton'-Inspired Mother's Day Gifts On Etsy For The True Diamond Of The Season
By Rachel Chapman
Stay up to date