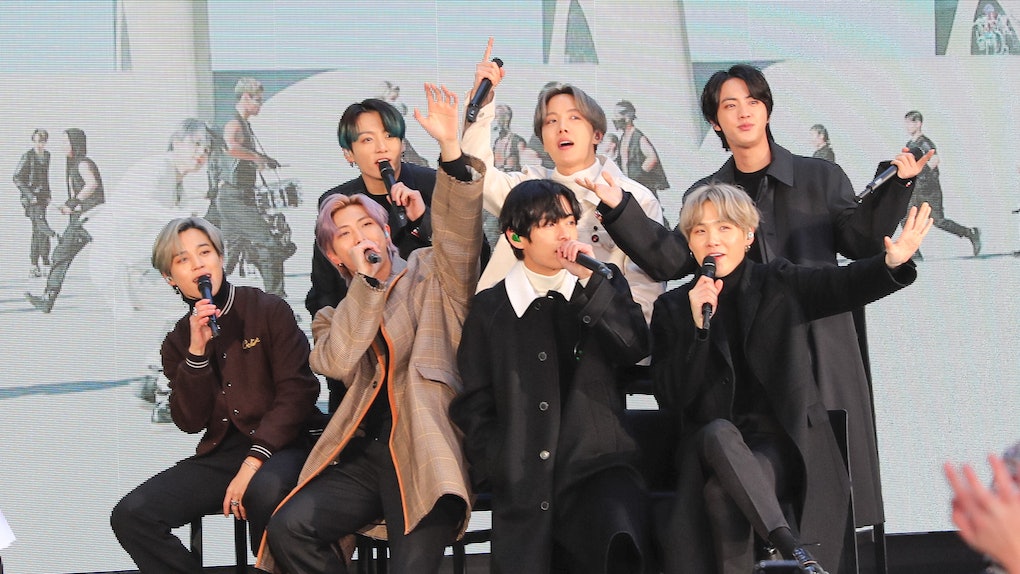 When BTS announced their MTV Unplugged stage, fans knew their setlist would pull from their November 2020 album, BE. The one wild card was what cover the group would add to the mix. Unplugged is known to have produced some of the greatest live covers in history, like Mariah Carey's 1992 cover of The Jackson 5's "I'll Be There." Of all the songs fans imagined, the one they chose was not one of them. It was a thousand times better than anything fans dreamed of, actually, and Coldplay's response to BTS' cover of "Fix You" proves the artists behind the 2005 hit track agree.

BTS' cover pick wasn't the only surprise the band prepared for their Unplugged debut. They also performed two B-side tracks off BE, "Telepathy" and "Blue & Grey," that fans definitely were not expecting. So when the boys segued into the Coldplay classic, it sent them straight to cloud nine.

ARMYs have been prevented from seeing BTS in concert for over a year amid the coronavirus pandemic, the longest stretch without a BTS tour ever. BTS' music has served as comfort to ARMYs in the interim. So, the selection of "Fix You," a song all about being there to comfort someone when they need it most, was particularly emotional.

Jungkook kicked off the song with his angelic vocals, while Jin, Jimin, and V took the lead on the rest of the verses. What came as a welcome surprise was how the rap line — RM, Suga, and J-Hope — dueted with each vocal line member, providing beautiful, soft, lower-toned accents throughout that truly brought the performance to a whole new level.

It goes without saying ARMYs gave the performance glowing reviews. But what made fans even more emotional was that when Coldplay got wind of BTS' performance, they offered rave reviews as well.

"Beautiful," they tweeted in Korean, adding a bunch of grey heart emojis. They even signed it "Love c, g, w & j," each members' first initial.

The fact that Coldplay was moved by BTS' performance of their own song speaks volumes about their talent and dedication to their craft, and that's what fans love to see.

More like this
Justin Bieber's Response To Criticism For Including An MLK Speech On 'Justice' Is Open-Minded
By Brandy Robidoux
Do The BTS Members Have Personal Instagrams? Here's What Baby ARMYs Need To Know
By Michele Mendez
Olivia Rodrigo's Debut Album: Title, Release Date, Music Videos, Tracklist, & More Details
By Michele Mendez
Stay up to date