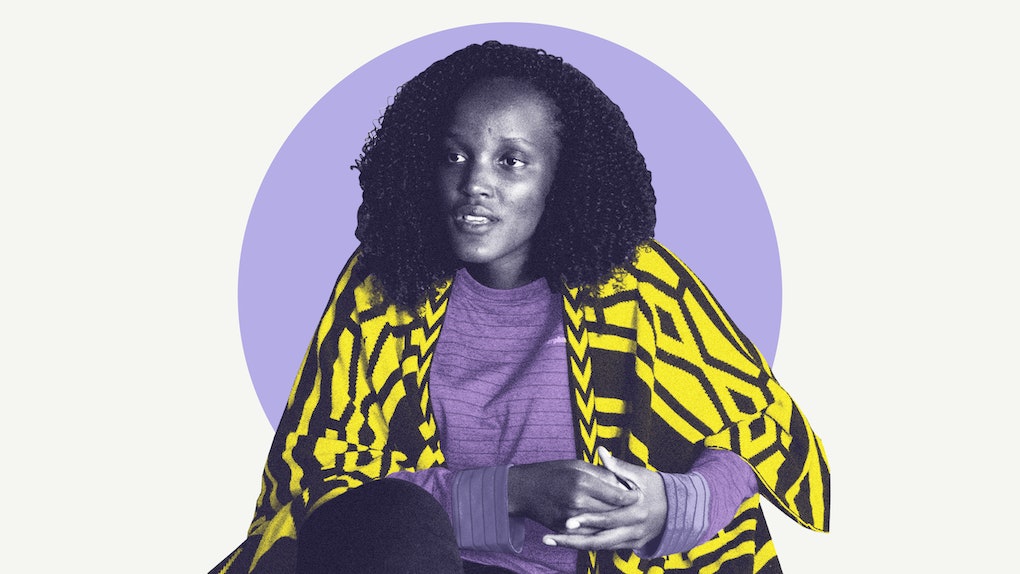 Vanessa Nakate is a force. The 24-year-old Ugandan climate activist is courageous, knowledgeable, kind — and unrelenting in her commitment to fighting what she calls a “real-time” battle. “In school, we are taught not to be afraid of climate change. [It] is talked about like something that happened in the past, or something that is coming in the far future that won’t affect us now,” she tells me over Zoom. But as she learned about it, she saw the ways climate change is an active, real-life crisis. “For example, landslides, droughts, and floods,” she lists. “This showed me that climate change is actually an urgent problem, both in my country and globally.”

Inspired by Swedish activist Greta Thunberg’s Fridays for Future movement, Nakate began striking for climate change, by herself, in front of the Ugandan Parliament in 2018. Since then, she has expanded her activism exponentially. She’s developed the climate organization Rise Up Movement, created the blog 1Million Activist Stories, and spearheaded the Green Schools Project, which installs solar energy systems and eco-friendly stoves in schools. She plans to place panels in 20,000 Ugandan schools over the next five to 10 years.

“I looked for examples of young people making a difference, such as Greta Thunberg and Malala [Yousafzai],” she explains. “I figured that if they can do it, then I can do it too. If they have the courage, then the courage exists with me too.” In 2021, her perspective as a young woman from a developing nation could be a game-changer for the global fight against the climate crisis. That is, if people will listen.

Being an activist in a community that is completely dominated by white people is not easy at all.

As a climate leader and social activist, Nakate challenges the pervasive whiteness and Eurocentrism of the environmental justice movement. While the climate crisis is undoubtedly global, the voices and contributions of Black and brown women in the Global South — which contains many of the developing nations that will be hardest hit by climate change — are often overlooked in favor of their white counterparts.

Nakate has experienced this in real life. In January 2020, she became the center of conversation about racism in the environmental justice space after the Associated Press cropped her out of a photo taken at the 2020 World Economic Forum in Davos, Switzerland. The photo originally depicted Nakate alongside Thunberg and other prominent, young, white climate activists Loukina Tille, Luisa Neubauer, and Isabelle Axelsson. However, when the photo was published, Nakate — the only Black woman present — was cut out of the final version. The AP later apologized and claimed there was no ill intent. But Nakate’s emotional tweet about her erasure, questioning why she was left out, went viral and called attention to the inherent racism of erasing a Black woman’s contributions. “Everyone’s message was being talked about, and my message was left out,” she said in a video at the time. “And my photo was left out as well.”

“Being an activist in a community that is completely dominated by white people is not easy at all,” Nakate reflects. She notes the struggle of constantly demanding to be heard by those in positions of influence. “Media decides who to highlight and who to erase in activism. For me, what happened in Davos was an example of a system that is already rotten. I was told [when I was cropped out] that a building was ‘obstructing me,’ but after the social media outrage, [AP] posted several photos where I was visible. In many of them I was in the middle!”

Anti-Black racism is not the only kind of discrimination Nakate navigates. As a woman from the Global South, she also wrestles with the ways in which her activism places her outside of acceptable frameworks of womanhood in Ugandan culture. Many people, especially early on, have tried to silence her by suggesting her activism is self-aggrandizing and attention-seeking. “Society has defined how girls should be here. Schools have talked about dignity and values,” she says, which includes the pressure to behave politely and respectfully. “And literally, a girl protesting on the street is [understood as] the opposite of those values.”

As climate disasters occur, women and girls must do double the work.

Black, Indigenous, and people of color (BIPOC) climate activists like Nakate have been working for years to call attention to the way climate is inextricably linked to racial and social justice. Environmental racism insulates white communities from climate change by placing communities of color in harm's way. In the United States, Black and Hispanic communities are exposed to more air pollution than they produce, while Black coastal communities are at highest risk from sea level rise. In the Global South, which contains many nations where the populace are majority nonwhite, people’s reliance on small-scale and local agriculture makes them more vulnerable to the droughts, flooding, and extreme weather, which will be exacerbated by climate change. This is despite the fact the region produces some of the lowest carbon emissions on the globe — meaning the region is suffering for the climate change decisions made by the world’s wealthier and heavily white nations.

Nakate’s activism is particularly concerned with those on the margins and the ways in which girls and women in the Global South are impacted by a changing climate. “Women in the Global South provide water and food for their households. This means that as climate disasters occur, women and girls must do double the work to provide their family with resources. They must walk longer and longer distances for water and they must work twice as hard to harvest crops,” Nakate says. In developing countries, women make up 45 to 80% of the agricultural labor force and are primarily responsible for fetching water, per the United Nations, meaning as traditional food sources and clean water become scarcer due to climate change, women will be harder hit. Women are also often left out of the decision-making about how to use the resources that do exist. Nakate says many young Ugandan women will likely be forced to prioritize caring for their families over their own education and achievements.

One year after her own erasure, Nakate is passionate about centering the voices of women and girls from the Global South in climate leadership. “I have been talking to my fellow activists about bringing social solutions, not just technological solutions, into climate activism,” she says. One big factor is simply educating girls and women. “Most of the girls that are not going to school are girls that are affected the most by the climate crisis,” she points out. “Educating women and girls will help them in building more climate-resilient communities. Girls can help their families out of climate disasters. Women are tomorrow’s leaders.”

As part of making education more accessible, in 2019, Nakate began the Green Schools Project, which installs solar energy systems and eco-friendly stoves in schools. “The head teacher of [one] school told me that after receiving those installations, [enrollment] went from 90 students to 140 students. Parents are excited to send their kids to a school with light and an eco-friendly cooking stove," she says. “The students are [also] showing more motivation and are performing better.”

Women and girls [in the Global South] are the most impacted by climate change and the least heard.

Looking ahead to 2021, Nakate has high hopes for the future of the global climate fight. While the administration of U.S. President Donald Trump has been, at best, dismissive of the climate crisis, the incoming administration of President-elect Joe Biden is much more willing to engage in the fight. Biden has already named former Secretary of State John Kerry as his authority on fighting climate change, a sign of how seriously his administration will take the issue. On Nov. 16, Nakate wrote Biden and Vice President-elect Kamala Harris an open letter on Twitter, calling on them to recognize her fight.

“Are you going to do everything you must to fight the climate crisis?” the letter asked. “All we want is a livable and healthy planet, [and] an equitable and sustainable present and future too. … Let’s do all we can to protect our planet and have everybody happy too.”

Nakate is not just calling upon world leaders to protect the planet, she is asking them to do so through a framework of equity and inclusion that will last. “Women and girls [in the Global South] are the most impacted by climate change and the least heard,” she reiterates. “The lack of women in these climate spaces making decisions for our planet is disturbing. We need more women in these spaces, because they clearly understand the impacts of climate change.”

Nakate’s climate activism is rooted in justice, and it can grow into something even bigger. “I am looking toward a future that will be equitable and sustainable for all of us,” Nakate tells me. She is not just looking toward that future — she is creating it.