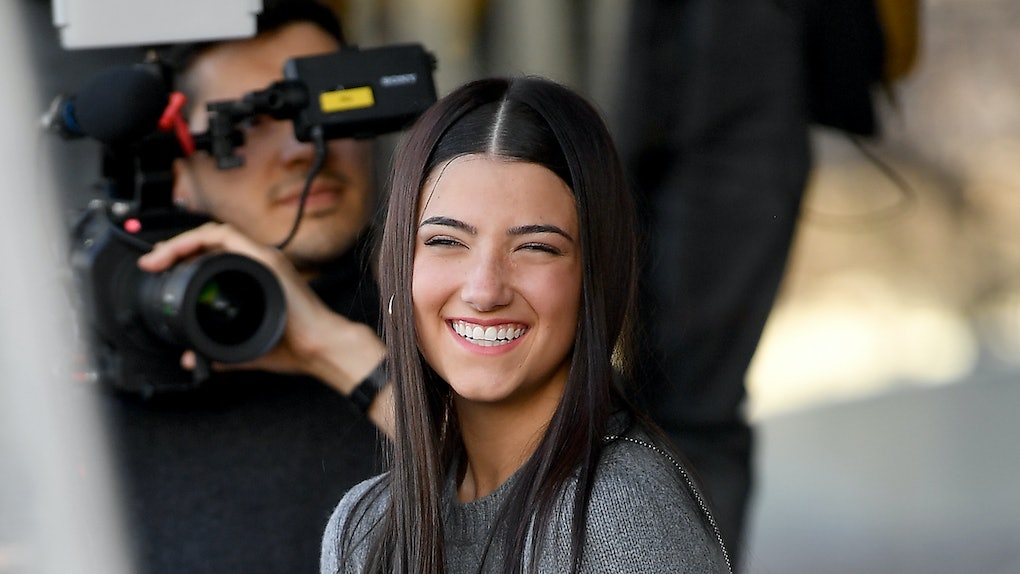 It's been a tough school year for a lot of teens around the world, but even A-list TikTokers have been challenged by their virtual coursework. Charli D'Amelio's quote about failing all her classes proved just how much it sucks to learn and socialize over webcams. At least the 16-year-old is on her way to finishing school, and her sister, Dixie, already graduated.

All the high school tea was spilled in an interview with Charli and Dixie that went viral last week. On David Dobrik and Jason Nash's Feb. 24 episode of their podcast Views, they invited the D'Amelio sisters on for a brief chat about their rise to fame. The conversation started out pretty standard, with Charli and Dixie admitting they were fans of Dobrik and Nash prior to becoming famous themselves, having watched many of their YouTube videos. Then, they touched on the topic of school, with Charli joking her parents wanted her to give a diplomatic answer instead of the truth.

"I'm failing every class. I thought it was a flexible school," Charli admitted. The 16-year-old's schedule is definitely packed to the brim with brand deals and videos, so her schedule would have to be pretty adaptable. "I'm doing an extreme school curriculum, six classes per day."

"That's normal," Dixie replied to her sister. Unfortunately, the majority of Dixie's schooling happened in the duo's pre-fame era, making her high school journey feel a lot less glamorous outside of L.A. Charli laughed off her sister's joke, and revealed just how taxing her workload can be when combined with Zoom school.

"I was trying really, really hard and things got a little bit ahead of me, as it did with most kids doing online school right now," Charli said. Dobrik agreed with Charli's statement about virtual school, and told her how his little brother is also dealing with the trials and tribulations of virtual class at the moment.

"I was so curious on how he makes friends," Dobrik said, and pointed out how complicated the entire adolescent experience has been made by COVID-19 shutdowns. At least, with the vaccine rollout in full swing, many kids will be back in classrooms soon enough. Maybe Charli will enroll in high school for a new reality series?

More like this
Zac Clark's Quote About His Relationship With Tayshia Adams Post-'Bachelorette' Is Honest
By Corinne Sullivan
This 'Drag Race' Season 13, Episode 14 Clip Shows The Top 4 Getting SO Real
By Lexi Williams
Are Olivia Lux & Utica Dating After 'Drag Race'? Olivia Gave An Update
By Dylan Kickham
Stay up to date