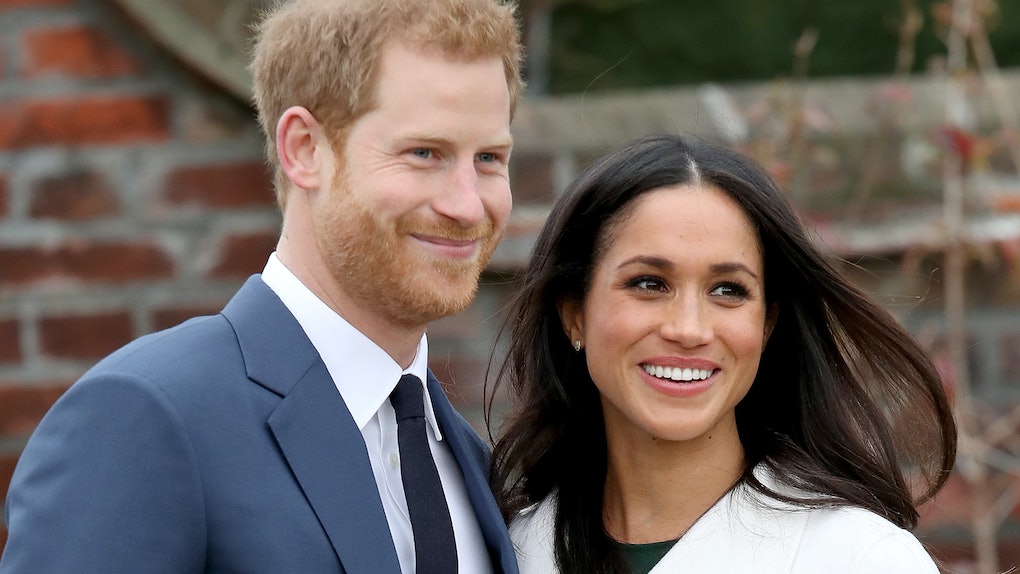 Celebrity Reactions To Prince Harry & Meghan Markle's Engagement Are Everything

The holidays are a magical time, folks, and if you're not convinced, just take a look at the newly betrothed royals. Everyone lost their cool when they found out a certain red-headed prince is soon to make his way down the aisle — even Hollywood elites and top politicians. Celebrity reactions to Prince Harry and Meghan Markle's engagement prove that everyone is equally excited about this lovely news (even if that means Prince Harry's off the market).

Prince Harry and Markle, a humanitarian and actress on Suits and Fringe, have been going strong since June 2016, and those who thought wedding bells were in the future were correct. In fact, the wedding bells will go off some time next year (which means it'll be a rather quick engagement). According to the statement released by Clarence House, the wedding is being planned for "Spring 2018." The statement reads,

A lot of people can't keep their cool until the spring, so they had to take to social media to talk about the engagement. This is a big deal, and naturally, we're going to be updated every step of the way until the lovebirds say "I do."

Here are some posts about Prince Harry and Markle's engagement that have been circulating throughout social media from celebs and politicians.

Of course, Prince Harry's big bro and sister-in-law offered their congratulations. “We are very excited for Harry and Meghan,” the Duke and Duchess of Cambridge said in a statement on Monday, Nov. 27, according to Us Weekly. “It has been wonderful getting to know Meghan and to see how happy she and Harry are together.”

Like Will and Kate, the entire planet woke up to the news about Prince Harry and Markle's impending nuptials. However, the two generally remain low-key in their relationship... which most likely only makes fans more curious. Markle spoke to Vanity Fair earlier this year to discuss her life with her boyfriend (you know, the prince) and said,

We love a great love story, too! Want to know what else we love? Markle's engagement ring.

This isn't just any 'ol ring, though — this is a tribute to Prince Harry's late mother, Princess Diana. The groom-to-be reportedly designed Markle's ring himself and made sure to include diamonds from one of Princess Diana's brooches — talk about sentimental.

Obviously it comes as no surprise that this was a romantic event for the books.

Prince Harry's got moves (but you already knew that).

Congratulations and best wishes to the happy couple. We'll be standing by patiently (read: not-so patiently) for updates about the big day.