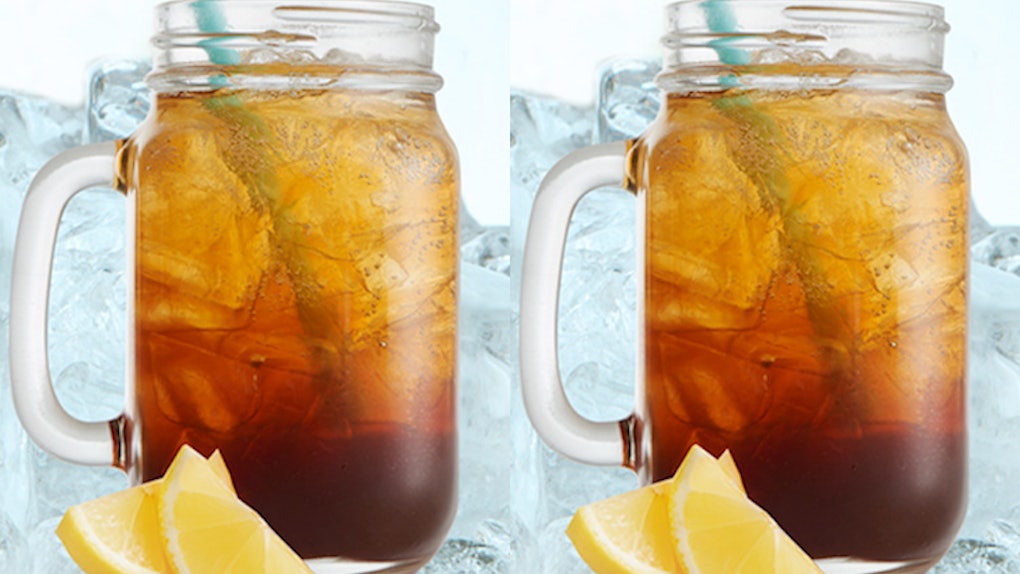 There's nothing quite as satisfying as a cold drink on a warm summer day. If you're someone who likes experimenting with flavors and enjoying unique concoctions, you might be excited to hear that Caribou Coffee's summer 2019 menu features new, innovative drinks that will pique any coffee connoisseur's interest. But keep in mind that the drinks are limited-time additions to the menu, so get 'em while they're hot (or in this case, cold)!

On Thursday, May 2, Caribou Coffee launched a brand new summer 2019 drink menu at locations nationwide, featuring cold drinks to help you cool down during those hot summer days. The first category of new drinks features twists on Caribou's signature Cold Press coffee, which is steeped for hours and served over cold ice. Per a Caribou Coffee press release, the first new drink is called a Cold Press Shandy, which is made by combining Cold Press with lemonade for a truly unique and fruity coffee drink. IDK about you but when I think shandy, I usually think of beer, so I'm interested to know what a shandy with a different kind of "brew" tastes like.

The second category of new drinks includes drinks made with Caribou Bubbles, which unlike regular tapioca boba, are square-shaped and made with coconut. The first bubble-based drink on the summer menu is Caribou's new Coconut Mango Black Tea which is made with mango black tea and coconut flavor. To finish things off, the drink is served over ice and bubbles, making it the perfect caffeinated beverage for a summer cool-off. The other two drinks on the menu include Raspberry Green Tea, made with fruity, tropical green tea, milk, ice, and bubbles, and the Matcha Tea Cooler with Bubbles that is made with Matcha powder, vanilla, half & half, Caribou’s shake mix, a light flavor of coffee, and — the most important touch — the bubbles.

If you haven't heard of Caribou Coffee or aren't sure if there's one in your town or city, use the store locator to find the closest Caribou Coffee near you and try these incredible summer treats while they're still available in stores. At the moment, Caribou Coffee has locations in 19 states, mostly across the Midwest and in the south, with the most locations being found in Minnesota, aka where the company was founded.

It may not be summer yet, but it looks like this menu is ready to usher in summer vibes sooner rather than later!