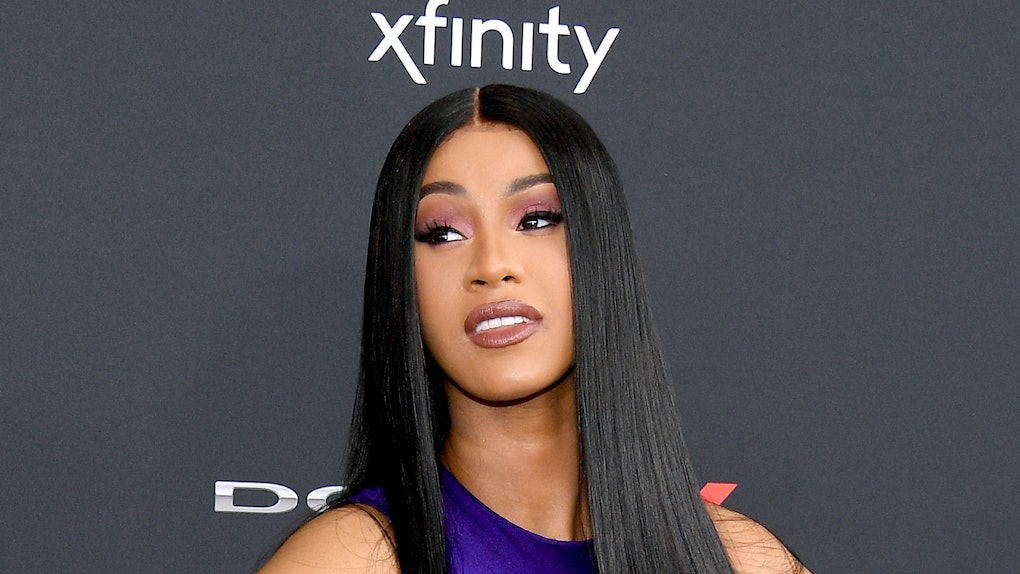 Cardi B has a bone to pick with fans who equate luxury fashion with being white. The "WAP" rapper has an impressive collection of designer handbags at home, but she's had it with double standards set by those who believe high-ticket items depreciate in value when associated with Black rappers. She wasn't afraid to speak up about the remarks she's been seeing, taking to social media with an important message. Cardi B's Instagram calling out racist double standards for celebrities was so on point.

Cardi jumped on Instagram on Oct. 26 to address the hateful comments, which she said have been particularly consistant on Twitter.

"I've been seeing this tweet right. It had me and it had other female rappers on it," Cardi explained. "They were talking about if we could get Birkins from the Hermés store and they [were] also saying how we depreciate the value of a Hermés Birkin bag. I find that really interesting because, first thing first, I definitely could get a bag."

Cardi went on to explain how she just recently purchased four bags from an Hermés store, and no one would bat an eyelash if a white woman did the same. "Y'all don't do this to these white celebrities," she insisted in her video.

Cardi went on to point out how Black rappers are actually elevating luxury items such as the Birkin bag, contrary to the claims she's been seeing. "Another thing is that they're saying we're depreciating the value... actually, we add value because when we mention brands in hip-hop, sh*t go up."

Cardi used her 2018 track "Bodak Yellow" as a marker for the positive impact Black rappers have had on the fashion industry.

"When 'Bodak Yellow' came out you could actually Google that their sales went up 1000+%," she said in her video. She also referenced her 2020 collaboration with Balenciaga, which she says came to fruition after shouting them out in her song "I Like It." "That's why they worked with me this year. Like, hip-hop, we start trends," Cardi said. "When y'all say that we devalue sh*t, no we actually add value."

As Cardi's Birkin and Hermés collections continue to grow, she's giving haters a run for their money.