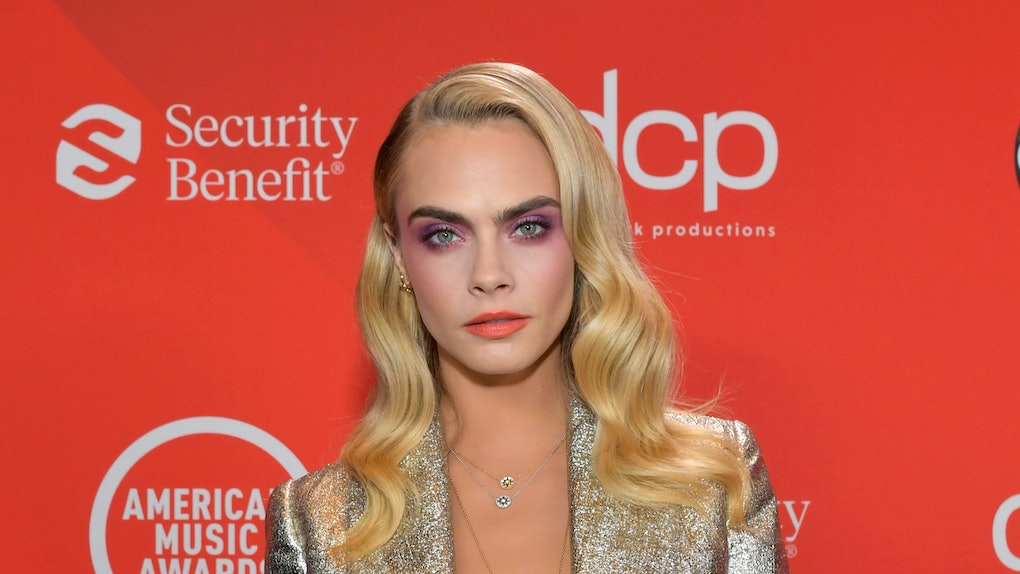 Cara Delevingne is one of the many stars paying tribute to the late Prince Philip, and she did so in the sweetest way. The actress holds a personal tie to the Prince, who apparently shared a friendship with her grandmother, Angela Delevingne. A photo of the two survived over seven decades, and Delevingne shared the throwback pic with the world after the Prince's April 9 passing. Cara Delevingne's photo of her grandmother with Prince Philip is an unexpected yet heartwarming memory.

Both Cara and her sister Poppy shared the memory to Instagram. While Cara shared the image to her IG story, Poppy posted it to her page with a caption which explained the story behind the photo.

"A 17 year old Prince Philip & my Grandmother in Venice, 1938," Poppy wrote. "My cousins remember her saying 'That after meeting him, she thought he’d make someone a very good husband one day.' How right she was."

The photo, said to be taken by Angela's husband, showed her and the soon-to-be prince soaking up the sun on the beach. He wound up marrying Queen Elizabeth nine years later in 1947.

You can see Delevingne's photo of her grandmother with Prince Philip below.

The Duke of Edinburgh died on April 9 at the age of 99 and his death was confirmed in a statement from the palace. "It is with deep sorrow that Her Majesty The Queen has announced the death of her beloved husband, His Royal Highness The Prince Philip, Duke of Edinburgh," the Palace said in a statement. "His Royal Highness passed away peacefully this morning at Windsor Castle."

Cara and Poppy were among a number of celebrities who spoke out about the Prince's passing.

Victoria Beckham said she was "saddened to hear about the passing of Prince Philip today. My heart goes out to the Royal family during this difficult time."

Former US president Barack Obama paid tribute to the Duke as well. "As the world mourns his loss, we send our warmest wishes and deepest sympathies to the Queen, their children, grandchildren, and great-grandchildren; and everyone who knew and loved this remarkable man," he wrote in a statement.