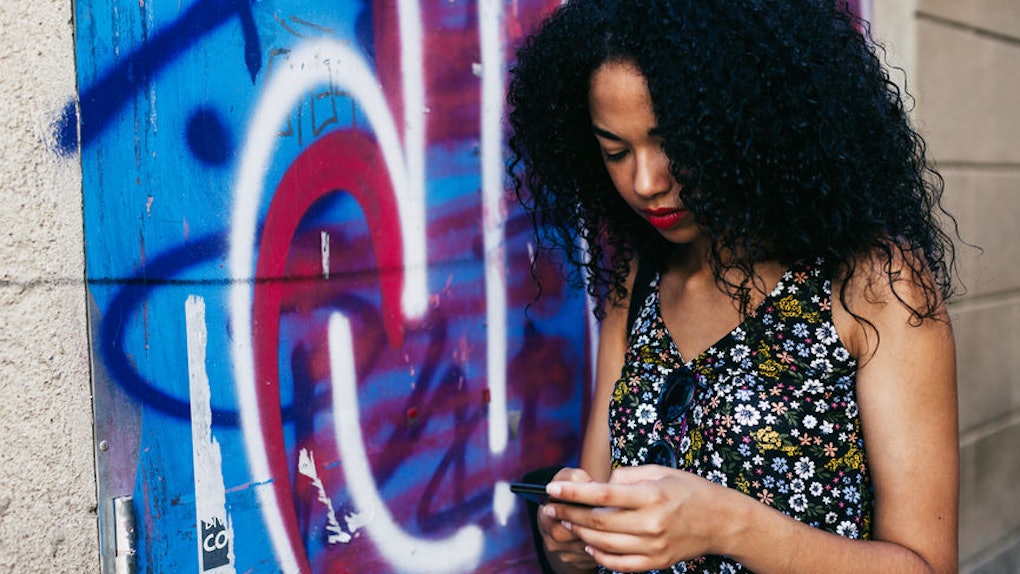 Can Social Media Make You Feel Lonely? Scrolling Might Affect Your Well Being, Study Says

Social media is one of life’s most fascinating beasts, one that you always know where to find. It’s right here, in the palm of your hand. It’s over there, on your desktop computer. But what’s even more intriguing about social media, aside from the fact that it can be accessed anywhere at any time, is that social media can make you feel lonely, despite the fact that the entire point of these outlets is to connect you with other people. Think about it: Instagram, Snapchat, Twitter — pick your poison, they are virtually all at your disposal. Hell, you can even connect to social media through an e-reader these days, and those things were made with the intention of encouraging you to read something other than your Facebook feed. Yet, science says the longer you’re logged on, the more isolated you’re likely to feel.

Experts in the space have been exploring the connection between social media and well-being for years, so it’s not exactly groundbreaking news that spending too much time scrolling on your phone isn’t exactly stellar for your mental health. More specifically, a lot of the research out there focuses on the idea that social media profiles are basically highlight reels, meaning they only offer minute snippets of the best times in a person's life, like promotions, engagements, and baby announcements.

Let’s be real: It’s gotten to the point where even something as casual as your best friend dying their hair is recognized as a life event worth posting about. Don’t get me wrong — I’m just as guilty of this online behavior as the next person, but did you know social media might be the reason why you (ironically) feel so alone in a world of 24/7 connectivity?

According to a ScienceDaily press release, the most recent revelation in social media's effects on well-being comes from researchers at the University of Pennsylvania. For their experiment, 143 undergraduate students were recruited to first answer a series of questions that could help the researchers identify each individual’s mood and well-being at the beginning of the study, as well as offer up screenshots of the social media data on their phones. From there, as per the ScienceDaily press release, participants were split into two groups: a control group, in which participants were told to continue using social media as they normally would, and an experimental group, which was limited to only 10 minutes per platform (Facebook, Instagram, and Snapchat) per day, for three weeks. That comes down to a half hour of social media per day, for almost a month. Think you could do it?

In order to track the experimental group’s progress, the press release explains, each participant was told to take screenshots of their iPhone battery. Going off that data alone, Melissa Hunt, lead study author and associate director of clinical training in the University of Pennsylvania's psychology department, analyzed a total of seven well-being outcomes, including FOMO, anxiety, depression, and loneliness. The results, which will be published in the December 2018 issue of the Journal of Social and Clinical Psychology, showed that using social media less often is associated with a pretty significant decrease in feelings of loneliness. Hunt explained in the press release,

When you look at other people's lives, particularly on Instagram, it's easy to conclude that everyone else's life is cooler or better than yours. When you're not busy getting sucked into clickbait social media, you're actually spending more time on things that are more likely to make you feel better about your life.

Personally, I think about this topic quite often. Sure, I’ll joke around with my husband that the bookish personalities I subscribe to on YouTube are my “friends,” but when I stop and really think about it, I do keep up with more YouTubers than people I know IRL — which might be a little sad, TBH, but I’m pretty sure it isn’t just me. Haven't you ever gone through a time when you felt almost more connected to an online persona (or multiple online personas) than people you’ve met face to face? In a way, it’s a blessing. In another, it’s a curse, and that’s really what Hunt and her colleagues have uncovered in this study.

“The only true fulfilling reciprocal relationships we have are the ones in our reality,” Dr. Danielle Forshee, LLC, a mental health counselor based in New Jersey, tells Elite Daily over email. Just because you feel somewhat “connected” to another person on social media, doesn’t necessarily translate to a genuine connection in real life, she says. “There is a level of superficiality involved with social media that cannot be replicated or replaced by in-person relationships,” she adds. In other words, it's not necessarily a bad thing to be drawn to another person over cyberspace. Those emotions are real, and authentic — but not quite in the same way that a connection with real-life friends are, according to Forshee.

And then there’s the point everyone has made about the fact that scrolling through glamorous (albeit filtered) photographs and dramatic announcements about so-and-so’s many life accomplishments can sometimes make you feel kind of bad about where you are in life if, in your opinion, the two just aren’t comparable. It’s part jealousy, part FOMO, and that’s what really triggers that loneliness: feeling as though you aren’t an active participant in life. Instead, you’re literally scrolling through it.

“There are two main reasons why spending less time on social media can make you feel less lonely,” Itamar Shatz, a Ph.D. candidate at Cambridge University and owner/author of the website Effectiviology, tells Elite Daily. First, he explains, the time you spend on these platforms can directly cause you to feel lonely, “if you spend it passively looking at other people who are engaging in social activities with each other, and feel that you're missing out on doing the same.” The second reason, he adds, is that spending time on social media can also indirectly increase your feelings of loneliness, “when it comes at the expense of spending time engaging with other people in the non-virtual world.” In other words, you’re lonely because you’re watching someone else live their life, potentially with other people, while you’re living yours on the sidelines. Or so it seems.

So is the solution to cut your social media time down to 30 minutes per day? Maybe, but if at this very moment, for your specific lifestyle, that feels almost impossible, don't sweat it. I, for one, will not be tracking your phone activity to hold you accountable for that. However, if you feel like you do spend more time than you need to on these platforms, it’s clearly beneficial for you to at least cut back a little bit at a time, until you figure out limitations that work for you. A good way to do this, suggests Clarissa Silva, a behavioral scientist, relationship coach, and creator of the Your Happiness Hypothesis Method, is to replace your social media habit with another, more positive and/or productive one.

For instance, if you tend to succumb to scrolling when you first wake up, “take the time spent on social media and create a habitual morning routine that can increase happiness and productivity,” Silva tells Elite Daily. This might include making your bed, eating breakfast, or even a short workout routine. These types of activities, unlike mindless scrolling, Silva explains, can help to “create a mental state of happiness and completion.”

Overall, gradually weaning yourself off of social media is probably going to be more effective than trying to quit cold turkey. Robert Glatter, M.D., an assistant professor of emergency medicine at Lenox Hill Hospital, Northwell Health, adds that, by replacing your urge to scroll with other activities — like reading a book, listening to a podcast, doing a crossword puzzle, working out, meditating, or listening to music — it might help to detach yourself from your devices over time.

Smart small, go easy on yourself if you do give in to scrolling once in a while, but know that you are always in control of your actions and how you feel.