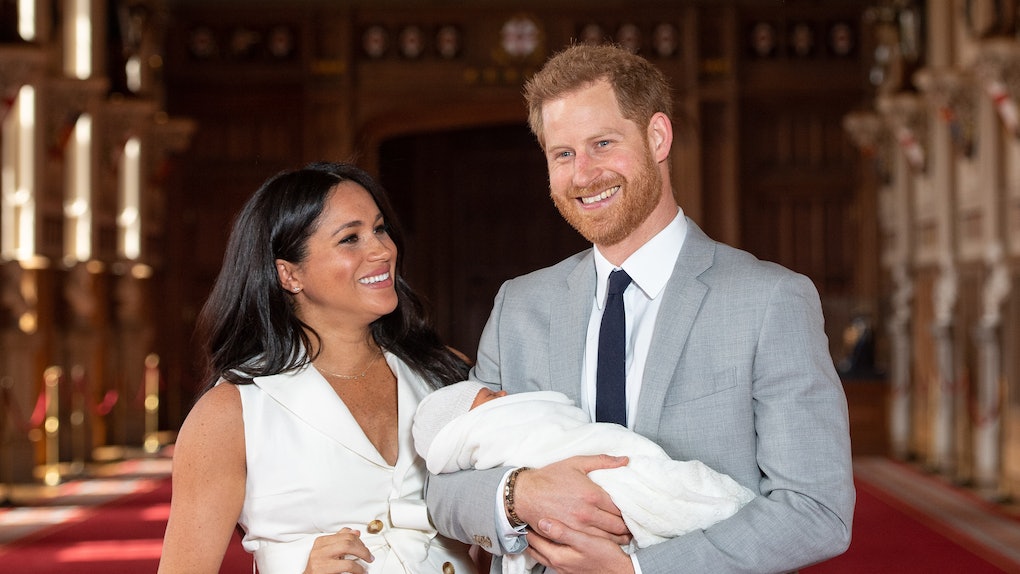 Can Archie Still Be A Prince? Here's How Meghan & Harry Stepping Down Affects Him

Prince Harry and Duchess Meghan have had a goal of keeping their family life private since welcoming their son, Archie, in May 2019. While they've been open and honest about their hope to raise Archie as normal as possible despite the fact he was born into the royal family, there's been some shakeups in 2020. After Harry and Meghan announced their plans to step back from their senior royal roles, many people have been wondering: Can Archie still be a Prince? Well, the facts might surprise you.

The world watched in amazement when Meghan and Harry forgoed royal protocol when it came to Archie's birth. For one, the couple announced Archie's arrival on Instagram, instead of directly through Buckingham Palace. Meghan and Harry also decided to wait a few days before sharing their newborn with the world, instead of taking photos on the hospital stairs hours after Meghan gave birth like Kate was known to do.

When it came to naming their son, Meghan and Harry chose to leave out the title HRH (His Royal Highness), which led royal fans to believe Archie would never become a Prince despite being seventh in line to the British throne.

Confusion furthered when Meghan and Harry stepped back from their senior royal royals in 2020. But even all of this won't stop Archie from becoming a prince as he moves up in the line of succession.

Archie "will automatically become a prince" when his grandfather, Prince Charles, becomes King, according to The Express.

One major thing the title would change for Archie would be the freedom to marry whomever he wants when the time comes. A constitutional expert detailed to The Express that the 2013 Succession of the Crown Act states that anyone above seventh in line to the succession "must ask the presiding monarch permission to marry," noting that the rule will likely apply to Archie, who will be sixth in line to the throne when Prince Charles becomes king.

Ultimately, his decision to use the royal title or not will be completely up to Archie when he turns 18, which is still many years away. For now, it's safe to say Meghan and Harry are doing everything in their power to create a safe and private life for Archie as they navigate their new normal together in Montecito, California, where they recently moved.