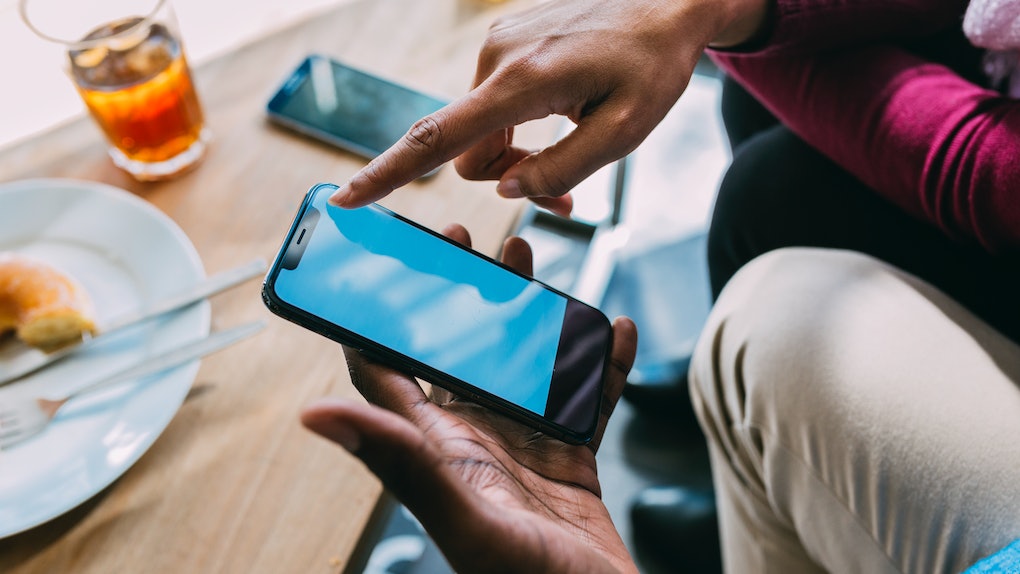 Are you a dating app fan? If you use the apps, you've probably used the woman-first dating app Bumble (which also has features for making friends and networking). I personally love Bumble Date, the dating app part of Bumble, because men can't message me until I've messaged them, so I don't have to deal with the same kind of gross messages I receive off Tinder (I don't want to disgust you with examples — use your imagination). I now have one more reason to love it, though — the company announced Bumble's new social good feature, "Moves Making Impact", where Bumble will donate money every time a woman makes the first move.

Bumble is letting women take charge of their own donation. A woman using any of Bumble's features — Bumble Date, Bumble Bizz, and Bumble BFF — can pick a cause to support in the areas of human rights, public policy, or economic development, according to Forbes. Partnering with Vital Voices, a female-focused nonprofit that seeks to invest in women, Bumble will make a donation to these causes every time a female Bumble user sends a message to a new match. Vital Voices is an organization that searches for female leaders to invest in and provides them with the resources they need to make change in their communities, according to CBS. Both Bumble and Vital Voices are female-centric organizations with a commitment to social good, so the partnership is truly a match made in heaven.

Bumble's goal has always been to empower women, and this new initiative takes it one step further. "It is about paying it forward and giving women the opportunity to be change-makers through their daily lives," Whitney Wolfe Herd, founder and CEO of Bumble, told CBS News. Furthermore, each of the causes is linked to a woman who is making an impact in one of the three fields, so really, Bumble is helping women help women help women. Bumble and Vital Voices selected 12 female leaders solving problems in their communities, including Nobel Peace Prize nominee and founder of Rise, Amanda Nguyen, and founder of the Migrant and Refugee Children's Legal Unit Baljeet Sandhu, according to a Bumble press release. The program will start with three women and include all twelve of them by the end of the year.

What do you have to do to be part of the "Moves Making Impact" initiative? It's as easy as it sounds — you just have to send the first message. If using dating apps to meet someone was on your to-do list anyway but you needed a bit of an extra incentive, Bumble has delivered it right to your door. Simply download Bumble if you don't have it already, go to your Settings page, and click on the cause you want to support. Then start swiping and messaging, and Bumble will make donations to each cause based on how many messages were sent out.

Personally, I think I'm doing something good for the world every time I send someone a message on a dating app (recipients of my messages have begged to differ). Now, though, with Bumble's newest feature, I know I'm doing something good for the world. Start (or return to) swiping on Bumble today, and send out some messages to not only put yourself out there but to make the world a better place. Happy matching!