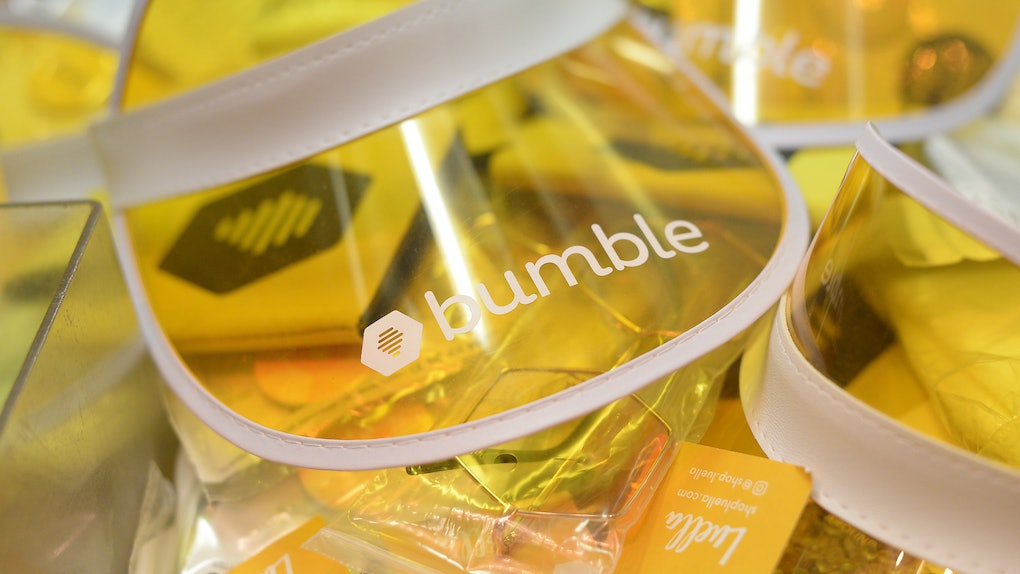 Bumble Bans Guns From Users' Profiles After The Parkland Shooting

On Feb. 14, 17 students at Marjory Stoneman Douglas High School in Parkland, Florida were killed by a 19-year-old with a gun. This horrific act of violence is not new to the United States: there are around 13,000 gun deaths per year, according to Everytown for Gun Safety. Immediately following the Parkland tragedy, students from MSD have used their voices on social media to call politicians and civilians to action: Gun reform now is their message. Brands are taking the message seriously, too. As of March 5, Bumble is banning guns from users' profiles.

Bumble has hired 5,000 contractors to go through existing profile with gun photos, according to a statement from Bumble founder Whitney Wolfe Herd to the New York Times, and users will be able to report others' gun photos, and

“We just want to create a community where people feel at ease, where they do not feel threatened, and we just don’t see guns fitting into that equation," Herd said. She also told the Times that users who hunt for sport can appeal the reported photo, but that at some point, Herd wants all gun imagery to be eliminated from the app completely.

On March 5, Bumble posted a statement to their website:

As mass shootings continue to devastate communities across the country, it’s time to state unequivocally that gun violence is not in line with our values, nor do these weapons belong on Bumble.

From today on, we will begin the process of moderating all new and previously uploaded photos for the presence of guns.

Now, when swiping on the app, users will be prompted with a Bumble profile which has photos containing instruction and details about the new policy.

After matching with that profile, users receive a message thanking them for helping Bumble be a safe space. It also describes how to report a fellow user that has a gun picture in their profile. Similar wording is also used in the About section of the profile.

Excluded from this new rule are members of the military and law enforcement wearing uniforms, who are allowed to have guns in their photos. (Which, by the way, isn't necessarily a "safer" environment for some Bumble users.)

The new policy has received mixed feedback from its community. Some users are thrilled that the dating app is taking a stance against gun violence; some are disappointed that it is censoring the kinds of photos users can upload.

Some users argued that seeing guns in other's profiles enabled them to sort through who they didn't want to match with.

In addition to their new ban on guns, Bumble also announced they will be donating $100,000 to A March for Our Lives, a gun-control march organized by MSD shooting survivors. The organization retweeted Bumble's tweet about the new policy; Parkland shooting survivor and vocal activist Emma González tweeted her appreciation for it:

Bumble's move to service its users to create a positive environment makes some think: Why aren't more big-name social media companies speaking up?

While gun safety continues to be a controversial issue across the country, we're glad Bumble is taking the steps for its users to feel just a little bit safer.

Elite Daily has reached out to Bumble for comment.