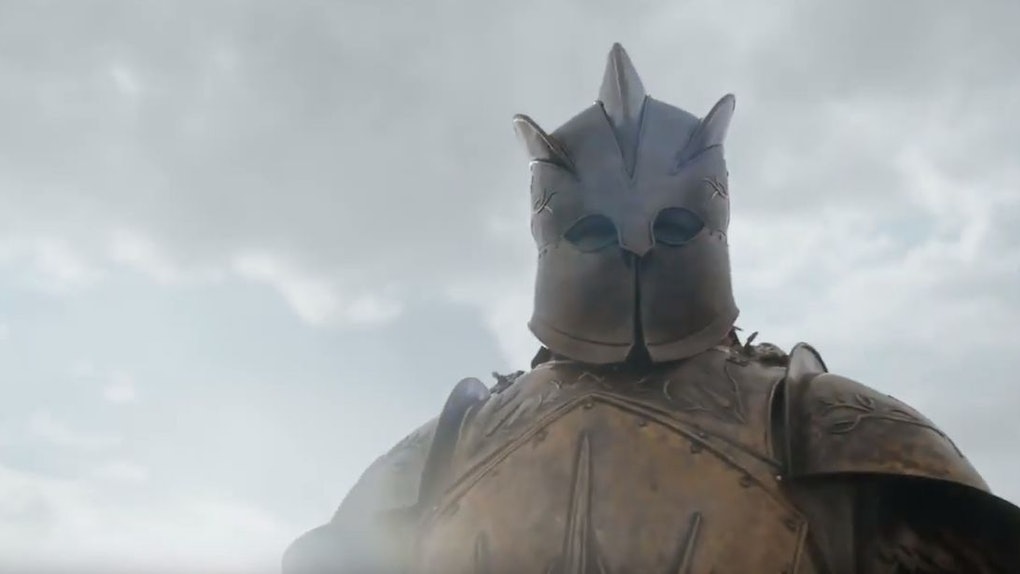 Listen, I'm not saying Game of Thrones fans are obsessed or anything, but rumors were rampant there would be a Season 8 trailer during the Super Bowl. Despite all evidence to the contrary, it seemed impossible that the faithful HBO would pass up a chance to remind everyone that the final six episodes will air this April. But no one expected it to turn up in the middle of a commercial for an entirely different brand. Bud Light & HBO's 2019 Super Bowl commercial was a total surprise and left fans squealing.

Bud Light was one of the few who kept their commercials under embargo heading into this weekend. As some have noted (and complained about) many of those who air commercials during the Super Bowl have taken to releasing them online ahead of time. It takes the surprise out of many of the ads since the bulk of them are on YouTube before the game.

But Bud Light, a brand known for putting out a series of commercials over the Super Bowl's four quarters, all with similar themes, didn't release even one ahead of time or put out a press release or anything. Some thought this was because they had a real "moment" they were planning to create.

But it turns out, the brand was merely doing what everyone associated with Game of Thrones does: Keeping spoilers under wraps. Check it out:

The first of the Bud Light commercials, for the record, was also rocking the Medieval theme. That one felt more like a Monty Python parody reference, with a group of knights trying to figure out where to deliver a shipment of corn syrup. (This was to point out Bud Light doesn't use corn syrup, and therefore turned away the shipment.) It was weird and felt a bit forced. The second commercial was more explicit in making the point, but also not really all that funny.

So when another Medieval-themed commercial showing the same kingdom watching a jousting tournament, viewers assumed this too would probably be about corn syrup. At least it maybe would be funny this time.

And then the Mountain walked in.

To be clear, the Mountain walking in is never funny. And in the case of a knight lying on the ground in defeat, it's usually a recipe for someone to lose an eyeball or two. And that's precisely what happened to the poor Bud Light knight, whose head was presumably squashed like a grape off camera. (This is CBS, after all, not HBO.)

And then Drogon swooped in and burned the whole lot of them. Because this wasn't a Bud Light commercial. This was #ForTheThrone.

And with one bolt of dragon fire, the Bud Light marketing set of commercials went from sort of lame to the most awesome surprise commercial of the evening. Not that it will have the desired effect of getting Game of Thrones fans to drink Bud Light. Most of them prefer Ommegang's Take The Black Stout, or Dragon's Milk, thank you very much. But it's good to know who is on the side of the dragons.