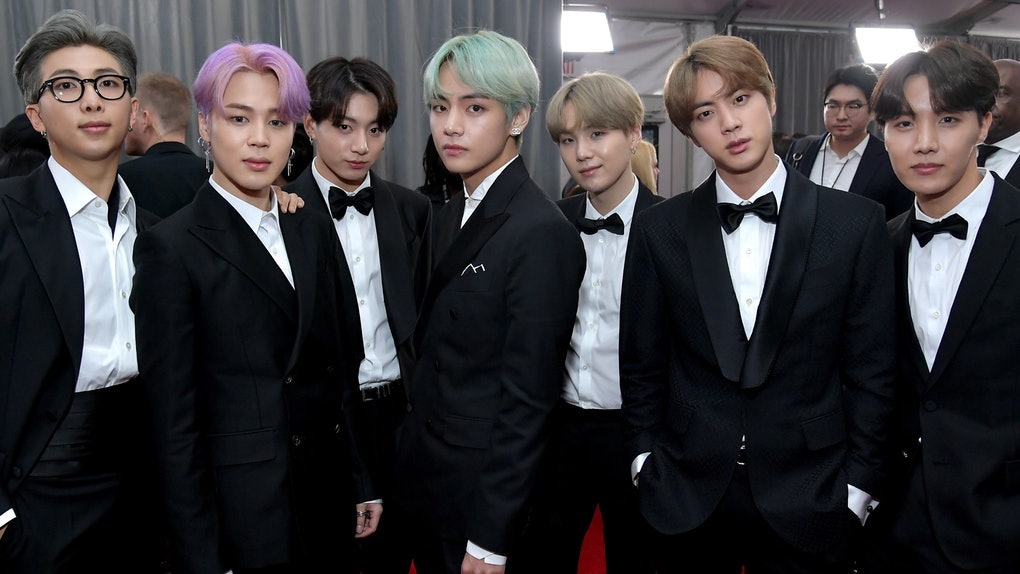 BTS' Tweets For Suga's Birthday Are So Personal, Because Their Connection Is Real AF

Happy birthday, Suga! The BTS member turns 26 today — March 9 — so I hope you guys all chipped in and bought him a cake. JK! Seriously, though, the ARMY is in major celebration mode. And so are Suga's BTS bandmates! BTS' tweets for Suga's birthday are actually so sweet they will make you cry.

But first, let's talk about ARMY's celebratory efforts. Fans of the seven-member K-Pop band have had Suga's bday hashtags ready to go for ages now. They include: #HappySugaDay, #OurFirstLoveYoongi, #MinstradamusDay, #GlowingMinPDay, and #HappyMinSugaDay, so copy and paste those babies now (they're already trending around the world, obvs)! Fans have also been posting pics of Suga being covered in spoonfuls of sugar and OMG has anything ever been cuter? Yes, yes it has. Because now that the big day is finally here, the singer's band members are sending him well wishes, too.

Remember a few weeks ago when it was J-Hope's birthday on Feb. 18 and the BTS boys surprised him with a cake and sang "Happy Birthday" to him? Well, if you remember, Suga wasn't there since he fell asleep, and I was more than a little worried that the guys might hold it against him. But, LOL, of course they didn't, because they are way too sweet for such petty nonsense. Plus, the boys had just finished their final concert in Fukuoka, Japan, so Suga kinda had a good reason, you know?

Anyway, here's what Suga posted just after midnight KST on March 9 — a tweet featuring to selfies where Suga's skin is dewy and shining like the sun accompanied by the caption that read, "Thank you, all ARMYs! I’ll work hard this year, too!! I love you," according to fan translations.

The first BTS member to post for Suga's birthday was J-Hope, who shared a few sweet photos with Suga. One shows J-Hope taking a photo of Suga drinking wine as a videographer films them both from behind (meta AF). Another shows J-Hope standing next to Suga (who's, again, holding a glass of spirits) holding a recorder while smiling from ear to ear. He captioned the photo, "Ha(ppy). Birth(day). Hyung," according to fan translations, and even tagged it #SopeWorld (a play on their friendship name "SOPE" and his mixtape, Hope World).

Next came Jimin's birthday message. Jimin shared an unexplainably adorable video of himself mouthing words and sending finger hearts to Suga as children's music played over it so you can't hear what he's saying. According to fan translations, he captioned the tweet, "Happy birthday hyung 😍👏🎂 Read my text message." Come on Suga, don't leave ya man hangin'! LOL.

If you have the urge to weep over the fact that you don't know Korean and can't even begin to try to read his lips, don't you dare! Because OF COURSE bilingual ARMYs have your back. Eagle-eyed fans believe Jimin is singing, "Hyungnim, happy birthday! Love you, love you, love you, love you!"

Next up is Jin! He shared a selfie of him and Suga out to eat together alongside a screenshot of a text conversation between the pair. According to fan translations, he wrote, "Yoongi, happy birthday... we're close... ah really close."

Fans are still waiting for V, RM, and Jungkook's messages, but they'll probably post when they all wake up in the morning (that 14-hour time difference is no joke).