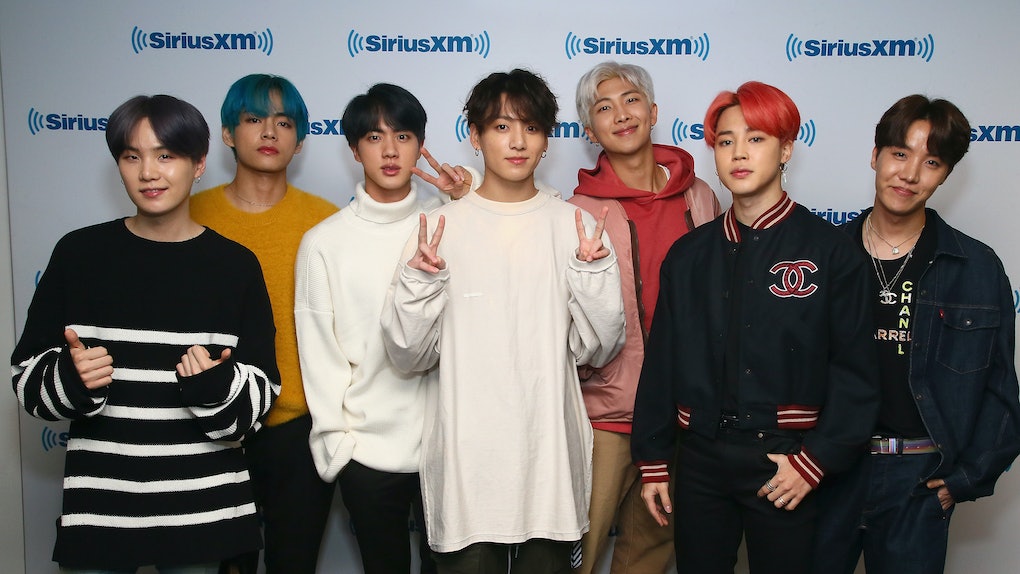 BTS' May 2019 Schedule Is Lighter Than April, But There's A Whole Tour To Look Forward To

BTS is just about ready to go on tour. But the guys are busy with way more than that during the month of May. For anyone who's watched the boys go ham promoting their new single, "Boy With Luv," non-stop over the last two weeks of April, you'll be happy to know their May schedule appears to be far less packed. But that doesn't mean you don't have a lot to look forward to! There's the Billboard Music Awards, Love Yourself: Speak Yourself tour kicks off on May 4, and the boys actually have a couple web series airing at the moment, including Run BTS! And BT21. With all this amazing stuff in the works, BTS’ May 2019 schedule is looking pretty awesome!

May 1 - The Billboard Music Awards

As you've probably heard by now, the boys will be performing at the Billboard Music Awards on May 1. Halsey will be joining them on stage to perform "Boy With Luv" live together for the first time ever! Plus, the boys are up for two awards, Top Social Artist and Best Group/Duo, so it's going to be a really exciting night!

You also probably know this by now, but BTS is heading out on tour on May 4. This is what their touring schedule looks like for the month:

The Met Gala guest list is super secretive, but it's been rumored that BTS will attend the world's biggest night in fashion. Yep, you read that right! They might be at the Met Gala on May 6! Nothing is set in stone as of yet, but ARMYs will definitely have their eyes peeled that night in case the boys do show up.

One thing on BTS’ schedule right now is Run BTS! The boys’ popular variety show, which will air on Tuesdays and Thursdays on V Live. The show returned on April 30 after a short hiatus while the boys promoted “Boy With Luv,” but it’ll presumably return to its regular schedule now that it's back!

Additionally, BTS’ YouTube series BT21 is also airing through this month, so ARMYs will get to hear all about BTS' original characters for LINE FRIEND.

You can actually watch an episode of BT21 down below, if you like:

Of course, there’s always a chance BTS' schedule will change from what’s currently on the itinerary. Whatever happens, I’m sure the boys are super excited to kick-off their tour. It’s an exciting time for BTS, for sure, and their fans will be right by their side through every moment of it. Let the fun begin!

More like this
Here's Why Harry & William Will Not Walk Together At Prince Philip's Funeral
By Brandy Robidoux
These Tweets About BTS' 'Bang Bang Con 2021' Sum Up The Epic Performance
By Cianna Garrison
BTS' 'The Best' Japanese Album: Release Date, Tracklist, Music Videos, & More Details
By Michele Mendez
Stay up to date