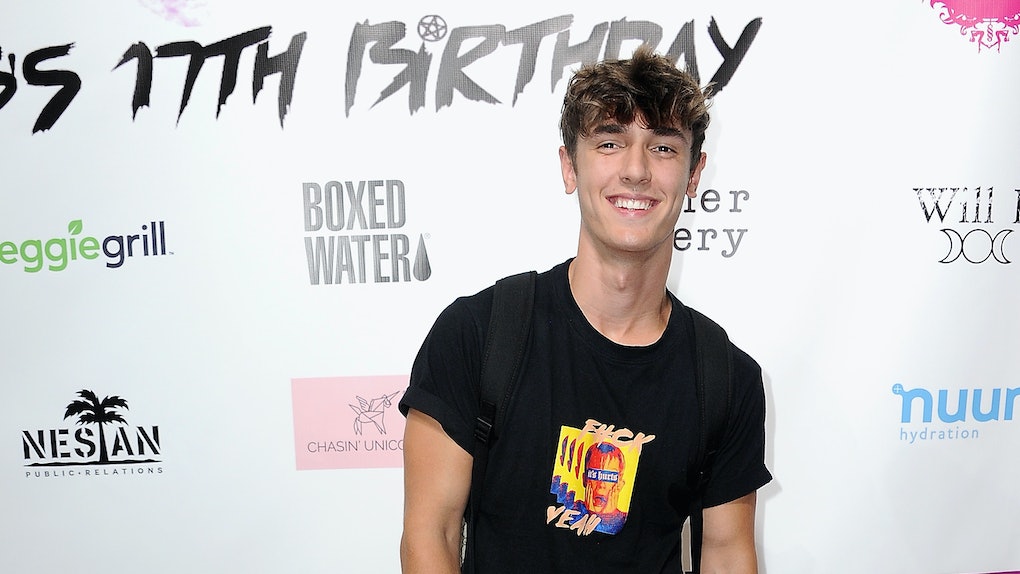 Bryce Hall Is Reportedly Being Sued For Starting A Fight At An L.A. Restaurant

Bryce Hall is in hot water after allegedly taking a swing at a restaurant owner in Los Angeles last fall. The bar brawl, which was caught on video and obtained by TMZ, was widely reported on at the time it happened in October 2020 and has followed Hall into 2021. Now, Bryce Hall is reportedly being sued for the fight, and the alleged details about the fight are even uglier than first reported. Elite Daily reached out to Hall's team for comment on the lawsuit, but did not hear back by the time of publication.

Hall and a group of friends visited the Los Angeles establishment Cinco back in October, where they reportedly ordered several rounds of drinks. According to court documents obtained by TMZ, the bar's owner, Hernan Fernando, claims the friend group began using vape pens while seated at the table (which is against the bar's policy) and were immediately given a warning to stop.

According to the TMZ report, After a second warning from Fernando, things took a turn. Fernando claims the boys blew off his warnings to stop vaping and began slinging racial slurs at him. Hall was allegedly overheard calling the restaurateur a "wetback" and "the Mexican." He also allegedly told Fernando: "Who the f*ck are you? I"m from Bel-Air, and you're just a fat Mexican who works at a restaurant." While the video obtained by TMZ showed some of the incident, the racist remarks weren't audible.

Fernando claimed Hall purposefully blew smoke in his face. When the restaurant staff asked the boys to leave, the owner alleges Hall's friend Rory Fitzpatrick got physical and a fight broke out.

According to the report, Fernando claims he was "repeatedly" hit by Hall and his friend, adding that Hall allegedly tried to choke him. The owner also claimed the fight only stopped when a fellow Cinco staffer pulled Hall off of him.

Fernando says he was left with a broken hand after the incident. His lawsuit targets both Hall and Fitzpatrick for counts of assault, battery, and emotional distress. Hall has yet to publicly address the incident.

More like this
Chrissy Teigen's Tweet About Celebs Like Ben Affleck Being Creepy On Dating Apps Is So Real
By Sydney N. Sweeney
As @Royal_Suitor, Here's Why I'm Dedicated To Defending Harry & Meghan
By R.S. Locke
Madison Beer's Response To Constant Online Bullying Got So Real
By Brandy Robidoux
Stay up to date