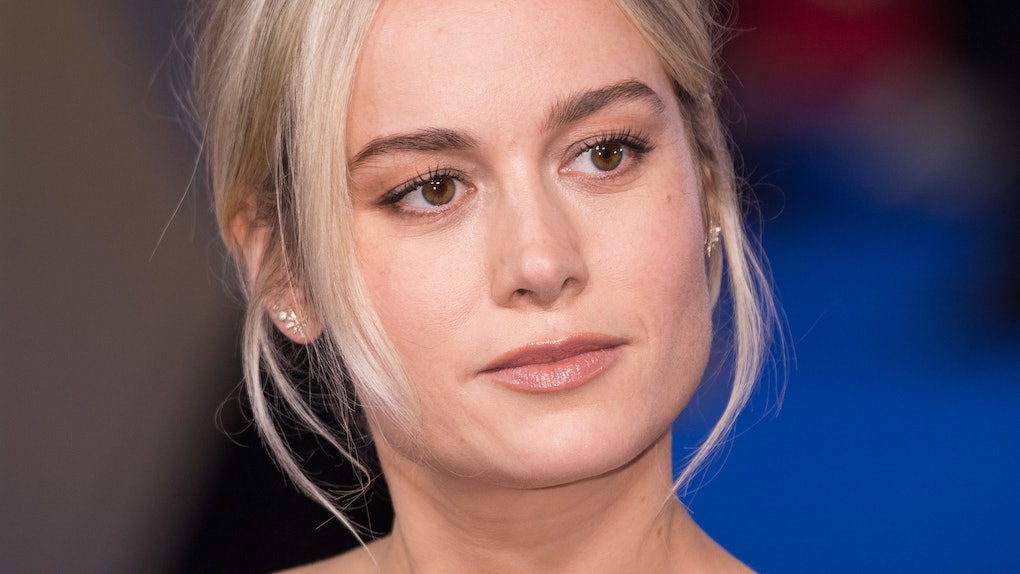 Brie Larson is already saving the world in Captain Marvel on the big screen, and now she's getting ready to play yet another hero on the small screen – although this one will probably have a bit less superhuman strength. Brie Larson is starring in a CIA drama series that's set to stream on Apple's new service. This time around, the hero Larson will be playing will be a real-life one: CIA undercover operative Amaryllis Fox. The as-of-yet untitled series will be based on Fox's upcoming memoir, Life Undercover: Coming of Age in the CIA, which will come out this October. Fox spent a decade working for the CIA on counterterrorism efforts and is now a peace activist. According to Variety, the series will take "a look at a young woman’s (Larson) journey in the CIA, told through the prism of her closest relationships."

Not only is Larson starring in the series, but she's also producing it. That means that Larson is going to have creative input behind the scenes, and she'll help set its tone. She is an advocate for intersection feminism, and so this latest project is sure to follow suit with others she's worked on, like Captain Marvel and Room, which depict strong, inspirational female characters. Larson previously told the Associated Press that she always contemplates the power of the messages she presents in the projects she works on. Larson said:

Films can be an extended form of activism. They can be a way that you can allow people to sit in a theater alone and sort of contemplate their life or think about new ways of seeing the world or other people or break stereotypes. So I'm very careful about what it is that I do.

This CIA drama series will mark Larson's first return to TV since she last appeared on Community five years ago, playing Abed's girlfriend Rachel. Before that, she recurred on the Showtime series The United States of Tara as the daughter of Toni Collette's character. This CIA drama series will be Larson's first starring role on TV, and fans are already tweeting excitedly about it.

In 2016, Larson won the Oscar for Best Actress for her performance in Room, and she won't be the only Oscar winner to be a part of Apple's new streaming service. Reese Witherspoon, who won an Oscar in 2006 for role in Walk the Line, will be starring in and producing an Apple dramedy series about a morning show alongside Jennifer Aniston. Damien Chazelle won the Directing Oscar for La La Land in 2017, and he'll be producing an untitled drama series for Apple. Apple's streaming service is supposed to debut in April, so hopefully these new series will make their debuts soon after.

The CIA drama series is still in the works now, but until it premieres, you can see Larson saving the world on the big screen as the titular role in Captain Marvel, which opens on March 8. After that, she'll be reprising her role as Captain Marvel in Avengers: Endgame opens in theaters on April 26.

More like this
'Pachinko': Apple TV+ Release Date, Cast, Trailer, Plot, & More Info
By Abby Monteil
Who Is Steven In 'The Handmaid's Tale'? He's Definitely Not Mayday
By Ani Bundel
What's Coming To Netflix In May 2021? Lots Of Action & Drama
By Ani Bundel
Stay up to date