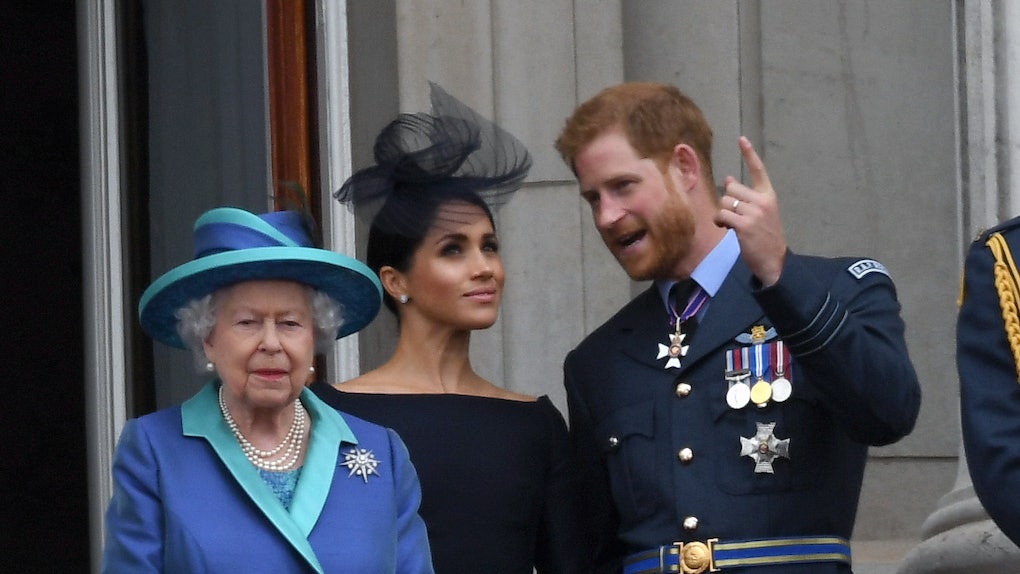 Prince Philip died on April 9 at Windsor Castle, according to an official statement from the Palace. While members of the British Monarchy, UK citizens, and royal family fans across the globe are sending their love to the royal family during this sad time, not everyone is as sensitive about discussing the Duke of Edinburgh’s passing as you would hope. Case in point: Fox anchor Brian Kilmeade's comment connected Prince Philip's death to Meghan and Harry, which was so uncalled for.

During an April 9 broadcast of Fox & Friends, Kilmeade, a co-host on the morning news show, implied that Philip’s health worsened as a result of Meghan and Harry's March 7 interview with Oprah. Notably, that interview spurred speculation Philip was the unnamed family member that made racist comments about Baby Archie’s skin tone (however, Harry quickly shut down these rumors).

“There are reports that [Philip] was enraged after the interview and the fallout from the interview with Oprah Winfrey, so here he is trying to recover and he’s hit with that,” Kilmeade said on-air.

He then went on to echo Piers Morgans’ opinion that — given Philip was hospitalized — the interview with Oprah was inappropriate. “Evidently, [the Oprah interview] definitely added to his stress,” the Fox anchor said.

But Kilmeade’s implication that Meghan and Harry have anything to do with Prince Philip’s death is irresponsible and unwarranted. Although it’s true that Philip was having health issues on March 7 when the Oprah interview was broadcast, his hospital stay was the result of an infection and his extended stay was due to a longstanding heart condition that existed before the tell-all interview came out. Kilmeade should also keep in mind that Philip lived a very full life — his 100th birthday was coming up in June, and the royal family said his death was peaceful.

Needless to say, Meghan and Harry fans are less-than-thrilled about Kilmeade’s assertion. So, while the Duke and Duchess are probably staying lowkey while mourning the death of a beloved family member, their vocal supporters have taken to Twitter, per usual, to clap back at the haters.

Some fans shaded news outlets like Fox and the Daily Mail, along with commentators like Morgan, for predictably connecting Meghan to Philip's death; others felt obligated to remind critics that Philip was nearly a century old.

But some Meg stans saw criticisms as the perfect opportunity to spread some positivity by sharing pics of Meghan and sending her good vibes.

Right now, everyone in the royal family deserves some self-care and time to grieve — hopefully all the love and support from fans makes the healing process a bit easier.

More like this
Meghan Markle's 'The Bench' Children's Book Was Inspired By Prince Harry In The Sweetest Way
By Sydney N. Sweeney
The Details Of Harry & William's Princess Diana Statue Unveiling Are Drama-Free
By Brandy Robidoux
Meghan Markle & Prince Harry's 'Vax Live' Speeches Stole The Show
By Michele Mendez and Abby Monteil
Stay up to date