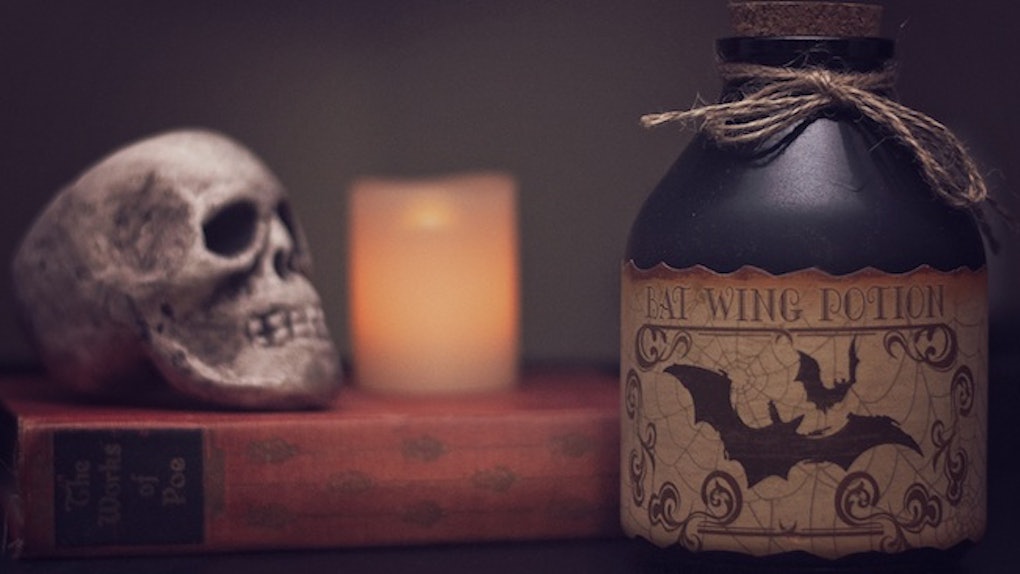 'Tis the season to be spooky, fa-la-la-la-la, la-la-la-la. While everyone's partial to a good horror movie fest during the Halloween season — no complaints there — sometimes scary stories fall by the wayside. If you've checked off all movies and shows from Netflix and Hulu, here are books to read for Halloween that will send chills up your spine. Warning: Don't crack these open before hitting the hay (you'll be sorry).

In a Dark, Dark Wood By Ruth Ware

Ware's debut transports readers to a bachelorette party from hell. Our protagonist begrudgingly finds herself in a secluded cabin in the woods with a group of women she'd rather forget. Tensions are high... and things turn deadly.

A new take on The Exorcist, Tremblay's Bram Stoker award-winning novel follows a New England family as its daughter succumbs to demonic possession. Another thing the family didn't expect? A reality TV show. When the Barrett's daughter is documented for the world to see, terror unfolds... and comes back years later when a writer interviews the girl's younger sister.

Everyone is quick to rule Ashley Cordova's death as a suicide, but one journalist is skeptical about her demise. Journey alongside Scott McGrath and two strangers he meets along the way as they delve into Ashley's life and uncover the truth about her cult-horror-film director father, Stanislas Cordova. Suspenseful, creative, and not-to-be missed.

Now's the perfect time to borrow this bad boy from the library, since Jessica Biel brought the story to life on TV. Everyone is completely stunned when Cora stabs a man to death on the beach while out with her husband and baby. What could possibly cause her to commit such a brutal crime? Read to find out what disturbances and secrets led Cora to take this man's life.

An oldie, but a goodie. Remember the days when you and your fellow Girl Scouts sat in a circle while the leaders read ghost stories from this collection? Recreate those memories now... and perhaps add some boozy pumpkin spice drinks to the mix.

Scary Stories To Tell in the Dark, $14, Amazon

You can't have a spooky story TBR pile without the classics. Shelley's novel about this frightening monster has been scaring the pants off readers since the 1800s — so if you're looking for something to turn your dreams into nightmares, this is it.

Just be grateful your business ventures haven't gone like Jonathan Harker's. Once he makes his way to Count Dracula's castle in Transylvania, weird occurrences take place and he finds bite marks on his neck. Sucking the blood of your jelly doughnut from Dunkin' is one thing... sucking human blood is another.

The May Queen Murders By Sarah Jude

If YA is your cup of tea, The May Queen Murders is the gothic story you need this Halloween. Two cousins and best friends can't get enough of their Missouri Ozarks farming community seeped in superstition and dark mysteries. What will happen when one of the girls goes missing?

The May Queen Murders, $10, Amazon

OK, OK, as much as we can't get enough of King's child-eating clown Pennywise who's terrorizing dreams nationwide, the master of horror has other tricks up his sleeve. His newly released novel — written with the help of his son, Owen — tells the story of women who fall asleep and enter this cocoon-like gauze. Those who are disturbed during their sleep wake up angry and violent. One woman, however, is immune to this phenomenon. You'll be treated to some spooks and political undertones with this one.

Revealing secrets and stories to friends is all well and good, but what happens when one of those stories comes back to bite you? Four men in Milburn, New York find out with Straub's popular tale.

What list would be complete without a little R.L Stine? This tale might put you off Tinder for awhile, so don't read if you're in the middle of swiping right. Kerry thought his blind date was going to be a hit... but it turned out she is isn't the dream girl he had envisioned.

This eerie collection combines some of the best of the best to keep one eye open at night. Ghosts in the graveyard? A human skull that's still very much alive? It's all here.