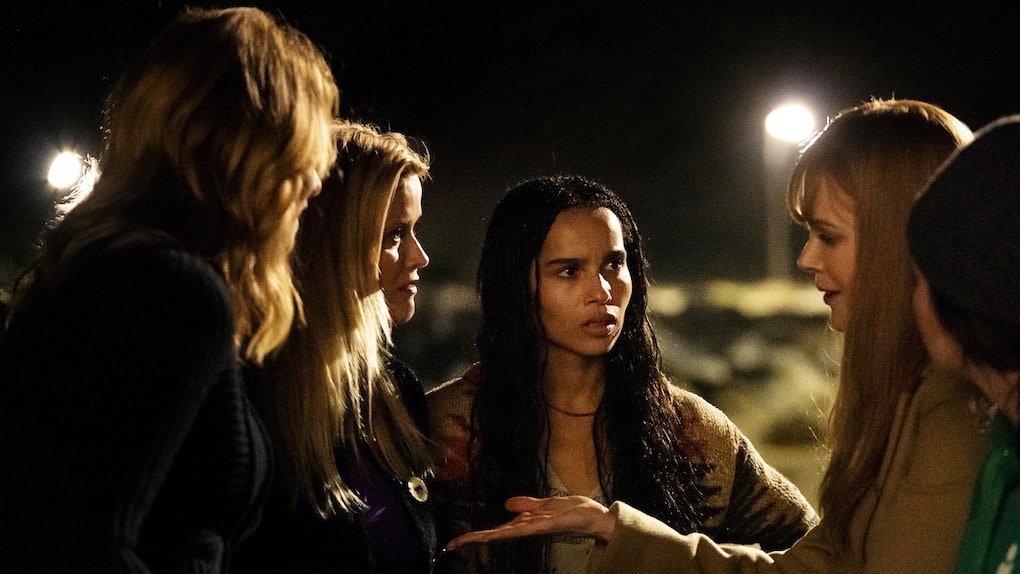 It was only a matter of time before one of the Monterey Five cracked. That's been the unspoken plot of Big Little Lies Season 2 ever since the premiere. However loudly the ladies told themselves they weren't guilty, that Perry "slipped," and that the case was closed, the only reason to bring them back was to find closure on what happened that night. From the outset, Bonnie has looked to be the most likely candidate to admit the truth. Now, in the penultimate episode, Bonnie confessed to her mother on Big Little Lies, but to the shock of audiences, not to the police. Warning: Spoilers for Big Little Lies Season 2 follow.

Since the beginning of Season 2, Bonnie has been the most fragile link of the chain. Where the other four women would gather and tell each other they were safe, Bonnie refused to join in. One reason she wouldn't? Of the five, Bonnie was the most guilty. She was the one who came in and really *shoved* Perry, launching him down those steps.

Also, of the five, Bonnie was the only woman of color, and knowing how the criminal justice system has been designed to always favor a white person's rights over everyone else played into her fear that the other four would walk away somehow, but not her.

However, the real turning point was when her mother, Elizabeth, slipped into a coma, causing waves of terror to crash over Bonnie. She lashed out upon seeing Detective Quinlan at the hospital, fearful she was being seen as a suspect again. It was such a revealing moment, the detective practically reopened the case on the spot. As she told Jane's boyfriend later when she dragged him in for questioning: "One of them will crack."

Turns out it was Bonnie, but not to the detective. Instead, she confessed to her unconscious mother, in a speech that laid every terrible life choice she'd ever made at her mom's feet.

After her confession, Bonnie stands up and walks away, struggling to come to terms with everything she's held in all those years. But while she thinks her admission was made in private, at least one person seems to have heard her: Her mother. Bonnie doesn't see it, but as her back is turned, a tear slowly slides down Elizabeth's still face.

Will Bonnie, having told her mother the truth, now be the one to head to the police station, and confess her crimes? Will Elizabeth wake up and find a way to make it up to her daughter after all these years? Whatever happens, Big Little Lies' Season 2 finale will be epic.

More like this
41 'Shadow And Bone' Nina Quotes For Your Powerful & Bold Instagram Posts
By Rachel Chapman
These Theories About Annabelle On 'Cruel Summer' Will Make You Think
By Rachel Varina
HBO Max's 2021 'Friends' Reunion: Teaser, Release Date, Guest Stars, & More
By Ani Bundel
Stay up to date