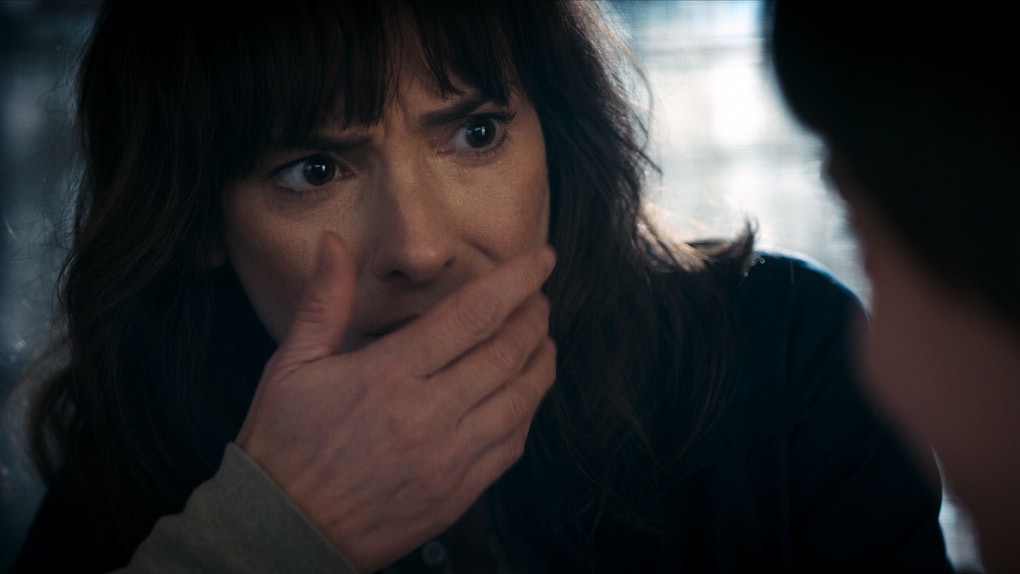 Season 2 of Stranger Things was packed with tons of scary new monsters, awesome fight scenes, and illuminating world-building, but it also had one of the saddest moments of the whole series. I really can't go much further without throwing up a big *SPOILER ALERT* to anyone who hasn't finished the new season yet: don't read on unless you're cool with having a big scene spoiled for you. Okay, now getting back to things. I still haven't recovered from Bob Newby's heroic death on Stranger Things, but some new info from showrunners the Duffer Brothers is making me rethink everything about the soul-crushing scene.

Ross Duffer, one half of the twin team behind Stranger Things, told Entertainment Weekly that Sean Astin's character of Bob Newby was actually meant to die much earlier in the season than he did. Apparently, Bob was only meant to be in very few episodes before biting the dust in Episode 4! However, the team fell in love with the character just as much as the viewers now have, and decided to keep him around for almost all of the new season, up until his unavoidable death in the penultimate episode.

Bob was always intended to die, but we fell in love with Sean and what he was doing with this character. He was supposed to die in, like, Episode 4 and we just kept keeping him alive because he was so great and what he added to the show. Once we got to [Episode] 8, we were like, we either got to do this or not do this. But I think it was important in terms of the stakes of the show. This is not a kids show and there are consequences and people do die. But we are sad to lose him because he really just blew us away.

So, apparently, we were only going to get about half as much time with Bob the Brain if the Duffer Brothers went with their original plan. But, smartly, they seemed to predict that Bob would likely grow to become a fan favorite in the new season and extended his stay. They also gave him a noble death of sacrificing himself to save the Joyce, Hopper, Will, and Mike from the Demodogs.

The Duffers may have also been motivated to give Bob a heroic death after the unexpected backlash over the character of Barb in Season 1. After the first season had aired, scores of fans joined an online trend of demanding justice for Barb, Nancy's friend who only had a couple scenes in the show, and wound up being killed by the Demogorgon that captured Will. In his talk with Entertainment Weekly, Sean Astin even made sure to point out that there's "no justice required for Bob" since he got to die heroically by sacrificing himself.

Of course, the Duffer Brothers predicted correctly and most fans seem to agree that Bob Newby is one of the highlights of the new season. But is that fan love strong enough to somehow bring the character back to life in the third season? It would be difficult with that whole him being dead thing, but Matt Duffer did admit he has some more ideas for Bob and would love to revisit the character sometime; it's just a matter of figuring out if that would be at all possible. Some sort of flashback or dream is the only thing I can think of right now, but also, this is a sci-fi show where anything goes, so who knows.

The second season of Stranger Things is currently streaming on Netflix.