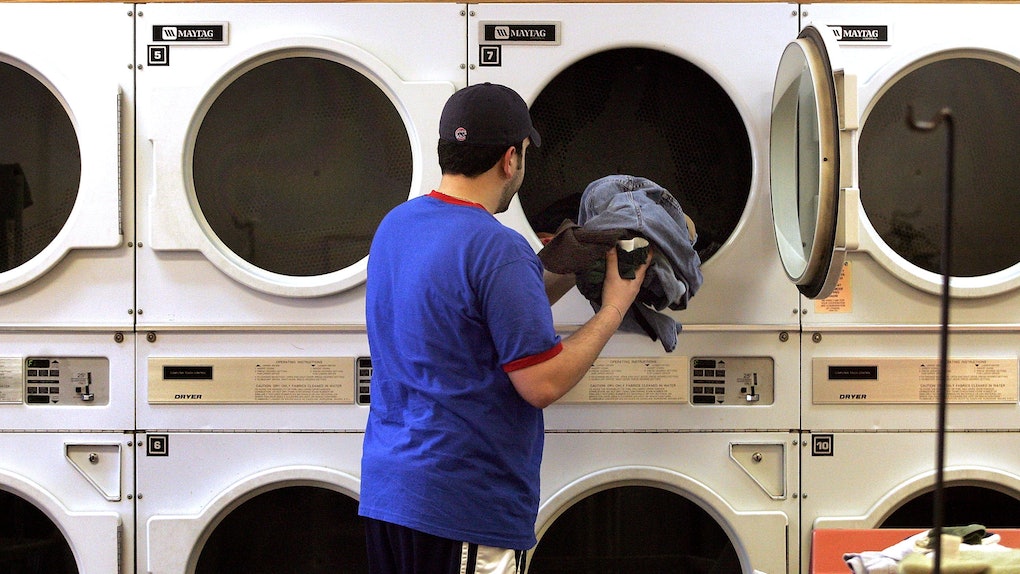 In my opinion, ice cream can fix most major problems. Hunger, sweatiness, and sugar cravings are just a few that come to mind. But one major ice cream brand has its sights set on helping out with an extra annoying problem that frozen desserts doesn't normally solve: completing chores you probably don't want to do yourself. That's right — upon entering Blue Bunny's Task Force Instant Win Game, you'll have the chance to win a ton of TaskRabbit credit, so someone else can finish off that nasty to-do list for you. And if you ask me, that's a pretty sweet deal.

For those who haven't used TaskRabbit before, it's a super handy app that connects people who need help with chores with freelancers who are looking to make a little extra cash. And if adulting just isn't in the cards for you this week, it's definitely the service you need. Blue Bunny's Task Force Competition could win up to $75 worth of TaskRabbit credit, and as someone who has a major aversion to cleaning their bathroom, this would definitely come as a blessing from above. You'll be able to enter everyday starting Wednesday, May 15 through Friday, May 31, according to the press release, and a handful of people will win daily. And luckily, entering is incredibly easy.

Whether you're looking for someone to pull weeds from your garden and mow your lawn, or if you would rather have them wash your car, $75 of TaskRabbit credit is about to come in clutch. To win, all you have to do is enter your personal info on Blue Bunny's website with your first name, last name, email address, and zip code. Check off the boxes that subscribe you to the brand's emails, and make sure you've read their terms and conditions. As long as you're a U.S. resident and at least 18 years of age, you will be totally eligible to enter. Then, once you click "Enter," you'll find out if you won or not pretty immediately. If you aren't a winner, though, don't worry — you have a full 16 days to enter.

In the press release, Jamee Pearlstein, Blue Bunny's Senior Brand Manager, said ice cream is a universal symbol for fun, and the brand wants fans to have all the fun they possibly can this summer. That's why they came up with the chance to win credit from TaskRabbit, so consumers can do what they want (preferably with an ice cream cone in hand).

According to the press release, Pearlstein said:

At Blue Bunny, we think ice cream should be loaded with toppings and life filled with fun. Now we're giving ice cream fans the chance to take a boring task off their to-do list so they can have more time for fun and to do what they actually want to do (eat ice cream!).

To promote the partnership, Blue Bunny opened Blue Bunny HQ on May 15, according to the press release. It's a (super Instagrammable) pop-up experience in New York City's SoHo, where you can jump into a giant "sink" filled with sponges and dishes, compete using the Laundry Launcher 3000, and show off your ~dance moves~ on a giant "grocery store" conveyor belt... before eating your weight in Blue Bunny Loaded Sundaes, of course. TBH, it sounds totally sweet, and it's open through May 21 from 11 a.m. to 7 p.m. ET. I'm already planning my trip there.

With summer just around the corner, you probably don't want to stay inside and clean the house, or swap time by the pool for hours painting the house. That's why Blue Bunny's competition is seriously coming in handy right about now. TBH, this is a dream come true, and you can bet I'll be entering every day this week.