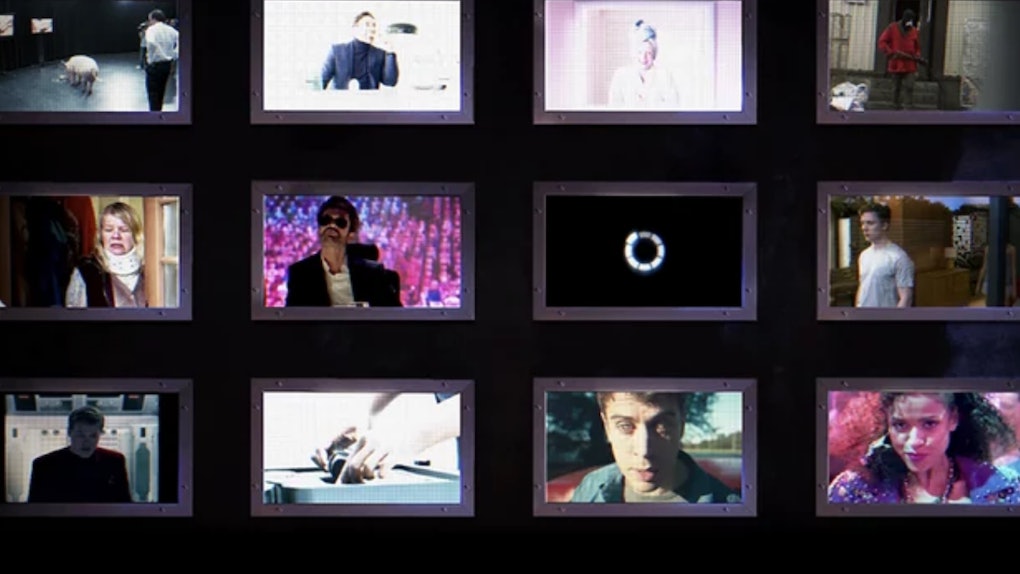 'Black Mirror: Bandersnatch' Is A Netflix Movie Separate From Season 5 & It's Coming Soon

Surprise: Black Mirror has another unexpected trick up its sleeve. Or, actually it might be more of a surprise if Black Mirror did not do something completely unexpected and shocking at this point. Fans have been waiting for the fifth season of the technological thriller series for about a year now, but instead of a new season, a new Black Mirror movie has popped up on Netflix now! Black Mirror: Bandersnatch is a Netflix movie separate from Season 5, and you can already find it on Netflix... although the site will not let you play it just yet.

Black Mirror fans began to notice a suspicious new addition to Netflix over the past couple of days. When you search for the show on the streaming site, a separate option with just a loading screen icon appears next to the actual 4-season series. Clicking on that mysterious new addition reveals that it is a Netflix film called Black Mirror: Bandersnatch — and yes, it is still up on Netflix, just click here to see for yourself.

Unfortunately, though, there is no option to play this movie yet, but that will change in a matter of days. Black Mirror: Bandersnatch is heavily predicted to begin streaming next week, on Friday, Dec. 28. This comes from a now-deleted tweet from the verified Netflix Twitter account @NXonNetflix, which mysteriously posted last month that something called "Bandersnatch" would be premiering on Dec. 28. So fans only have about a week to wait for all new Black Mirror!

Of course, there are a lot of questions surrounding this movie still. This is the first Black Mirror release to be listed as a Netflix film, and since it appears on the site separate from the rest of the show's episodes, it appears as though Black Mirror: Bandersnatch will be the series' first proper standalone movie. Of course, a case could be made that every episode of Black Mirror feels like its own standalone film — the Season 3 episode "Hated in the Nation" clocks in at feature film-length 89 minutes, and past episodes "San Junipero" and "USS Callister" both won Emmys in the Outstanding Television Movie category.

But Black Mirror: Bandersnatch already appears as though it will be different from the rest, as fans are guessing that it will likely beat out "Hated in the Nation" as the longest release from the series and released as a proper standalone movie. Another big question is whether Bandersnatch's release will be accompanied by the simultaneous release of Black Mirror Season 5. Although Season 5 was predicted to come out around this time, sadly, it looks like Black Mirror: Bandersnatch will be released on its own and we will have to keep waiting for Season 5.

The other potentially major thing about this new movie is that it could possibly be the interactive choose-your-own-adventure formatting that Netflix announced would be integrated into a new episode of Black Mirror. The only image associated with the movie so far is multiple screens showing images from past Black Mirror episodes, which seems to lean into the choose-your-own-adventure idea. Miley Cyrus also recently confirmed that she will be in a Black Mirror project, so maybe it is this one.

Get ready for Black Mirror: Bandersnatch to probably begin streaming on Friday, Dec. 28.