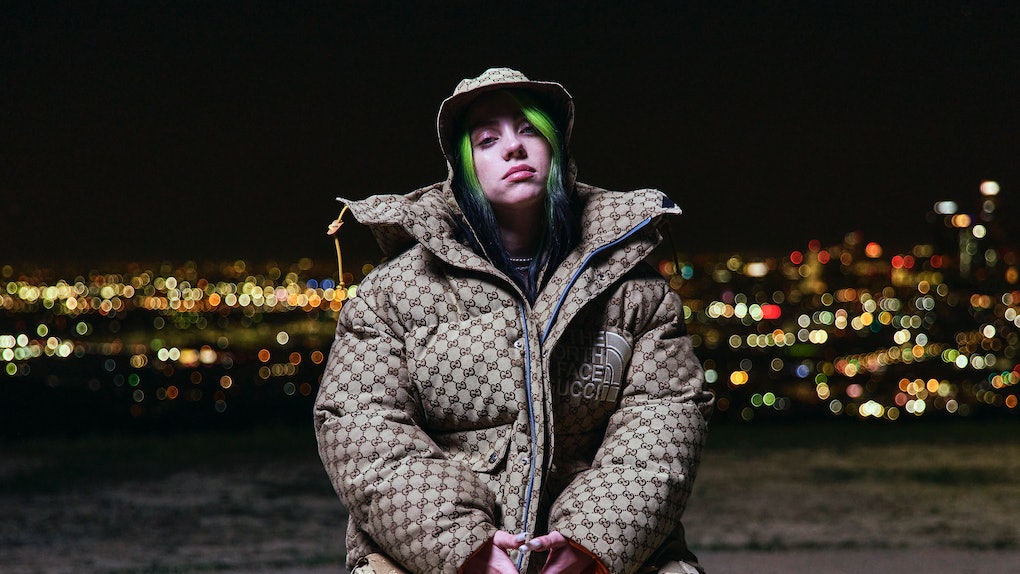 A new Apple TV+ documentary has the stan world a little heated right now, but its star is speaking out. Billie Eilish's Instagram telling fans to "be nice" seems to be defending her ex, rapper 7:AMP, who has been getting a significant amount of attention from fans after the Feb. 26 release of Billie's film, The World's a Little Blurry. Brief segments showed the complicated nature of their relationship and him seemingly ditching her at Coachella, but now she's stepping in to tell her fans to spread some positivity on the timeline.

In a March 2 Instagram story, Billie addressed her fans directly over a plain pink screen, writing, "Remember to be nice to people no matter what! [I] love you guys thank you for protecting me but be nice!" Some more casual fans might have missed what the super-general statement was really about, but fans keyed in to internet drama knew what "protecting" referred to in terms of their support.

Fans flocked to 7:AMP's social media channels with criticism for his treatment of Billie during the scenes in the documentary immediately after it dropped. He released a statement of his own, writing on Instagram, "Sometimes people disagree and don't want the same things as one another. It's on you to understand there's several points of view to a situation ... But I refuse to be bashed."

Billie's post followed up 7:AMP's original statement trying to fend off fans, and it seems like an obvious reference to what her ex is currently going through on social media. She can't exactly control public opinion, however, so fans will likely continue to feel however they want about her former relationship and express it online.

There are several other buzz-worthy occurrences in the new documentary, but Billie's relationship with 7:AMP wasn't a big topic in the news before it unfolded onscreen. Once the hype has quelled a bit, 7:AMP's comments section will probably return to normal, but for now his mentions are filled with Avocados.