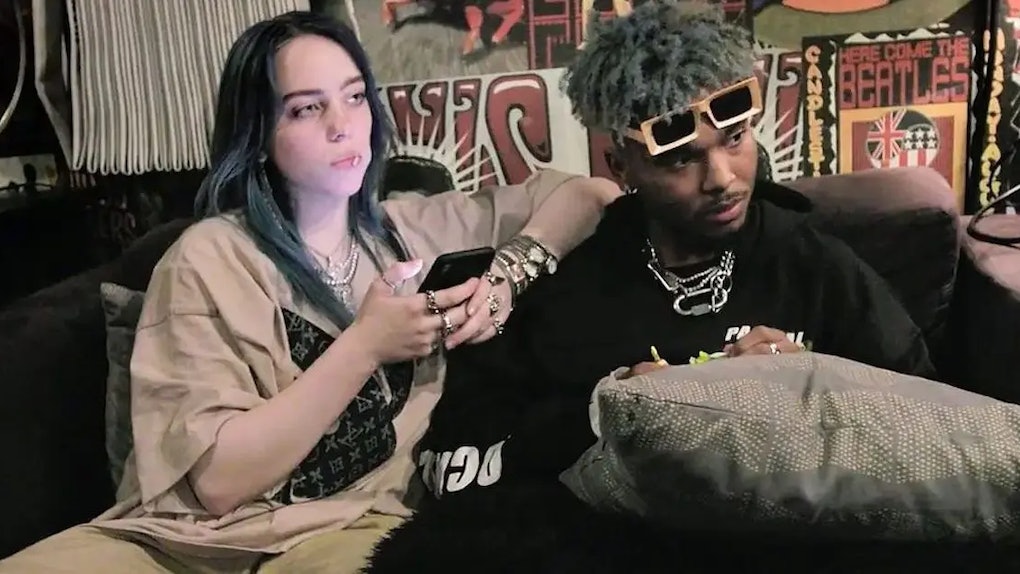 7:AMP's Response To Billie Eilish's Documentary Reminds Fans There Are 2 Sides To Every Story

Billie Eilish's new documentary, The World's a Little Blurry, which premiered on Apple TV+ on Friday, Feb. 26, had one major unexpected guest: Eilish's ex-boyfriend Brandon Quention Adams, who goes by his stage name 7:AMP. Fans saw a glimpse of the pair's complicated relationship throughout the film. While they had some cute moments together, the most memorable scene was when 7:AMP appeared to ditch the singer at Coachella. Fans were understandably upset the way he seemed to treat his then-girlfriend. 7:AMP's response to Billie Eilish's documentary reminds viewers there may be more to the story, however.

Despite being one of the most famous singers in the music industry right now, fans know little about Eilish's romantic life, which is why 7:AMP's appearance during The World's a Little Blurry caught them by surprise. The film revealed Eilish and 7:AMP had a lot of ups and downs in their super-private relationship. Sometimes, they would be all lovey-dovey, and at other times, they seemed distant. For example, at one point during the doc, Eilish told him over the phone, "I love you. I’m in love with you," but in another scene, she argued with him over not attending her 2019 Coachella performance. "My ass was alone the whole day. It's OK!" Eilish told 7:AMP sarcastically.

By the end of the documentary, the couple called it quits and Eilish explained it was because they just couldn't see eye to eye. "I just wasn’t happy, and I didn’t want the same things he wanted, and I [didn't] think that [was] fair for him," she said. "I don’t think you should be in a relationship super excited about certain things that the other person couldn’t care less about."

Shortly after the documentary went viral and fans criticized 7:AMP for his actions during the film, he reportedly took to Instagram to try and clear his name. "There’s always 2 sides to a situation," 7:AMP said, before explaining why he was so distant in the film. "People fail to realize I've been dealing with my brother's death. Especially around that time when it was fresh."

"Sometimes you have to be alone to cope," he continued. "Sometimes people disagree and don't want the same things as one another. It's on you to understand there's several points of view to a situation. Anyone who knows me knows where my heart is. I stay with a smile on my face even when I'm hurting. We push through the pain. [No love is ever lost.] But I refuse to be bashed."

Eilish also seemingly addressed the situation on IG by writing, "To the fanssss. Remember to be nice to people no matter what! I love you guys thank you for protecting me but be nice!"

After everything that happened, it seems Eilish and 7:AMP are ready to put everything in the past and move on.