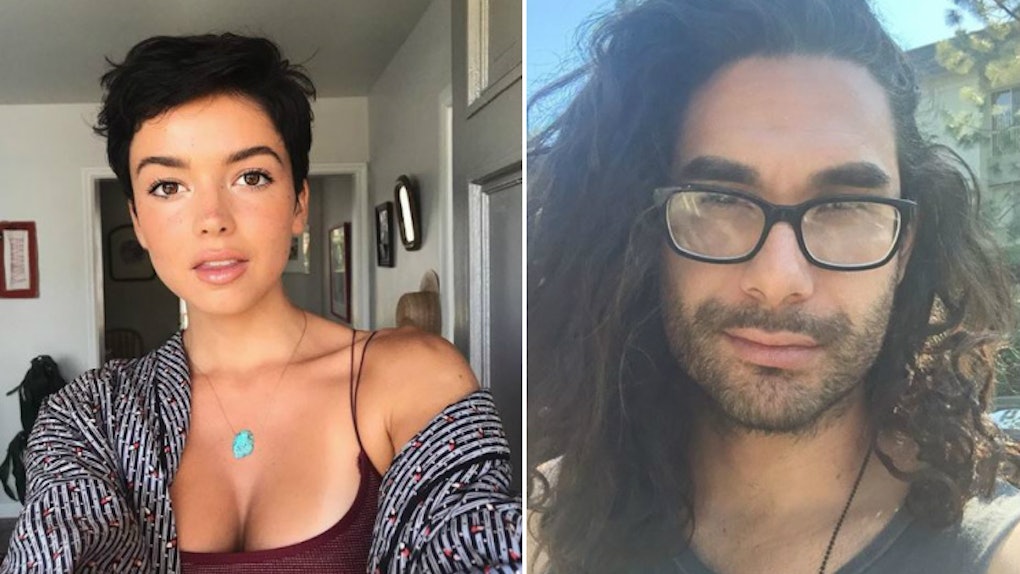 Bachelor contestant Bekah Martinez is pretty disturbed by something her fans just told her about Bachelorette contestant Leandro “Leo” Dottavio. In an Instagram Story, Bekah M. accused Leo from Becca's season of sexual harassment. Elite Daily reached out to Dottavio and Martinez's reps for comment, but have not heard back at the time of publication.

UPDATE: On Friday, August 3, Dottavio posted the following statement on his Instagram Story: "There have been some recent stories about me that have garnered attention and I want to address them. I want to start by saying no one has ever accused me of sexual harassment. No one has ever come to me in any way and told me I made them feel uncomfortable. However, I am not a perfect person nor have I ever claimed to be. Did I do things in college that I would be embarrassed about now? Absolutely. Was I a part of my culture, the times, movies? Yes. I have grown as a person since college. I am not the man I was 2 years ago let along 14 years ago. It's important for women to speak out if they feel uncomfortable or harassed. If there was anyone I made feel uncomfortable why not come to me? I would love an opportunity to right my wrongs and speak to any woman that wants to tell me how and when I made them feel uncomfortable. I want to take this as an opportunity to better myself and the treatment of women in my life."

Earlier: According to the New York Post, Martinez took to Instagram on Wednesday, August 1, to share what she believes is proof that Dottavio has sexually harassed unsuspecting women on the internet. In her Instagram Story, Martinez posted screenshots of conversations Dottavio allegedly had with members of the Bachelor and Bachelorette fanbase.

The conversations were sexual in nature and quite disturbing, leaving Martinez with the impression that Dottavio could be displaying a pattern of predatory behavior.

The initial screenshot that sparked all of this was one Dottavio allegedly posted on Instagram about four years ago. In the post, he allegedly told a woman, "you need my big d–k." And that, obviously, seemed like a red flag.

In speaking with the New York Post, Martinez explained that the screenshots had been on the internet since May 2018 and that she found them on Reddit.

I started posting the screenshots of their messages because to me, it’s not a coincidence that multiple women would be saying similar things about the same person. There’s no way these women happen to be lying about the same thing before seeing what other women are saying.

In the New York Post's report, Martinez claims that a total of 12 women have come forward to say that Dottavio was inappropriate with them.

In the day since Martinez made the allegations, Dottavio has fiercely defended himself. According to the New York Post, the former Bachelorette contestant said the conversations were "photoshopped" and that his lawyer would be looking into the matter.

Even with lawyers reportedly getting involved, the situation has escalated quickly. Martinez and Dottavio have gone back and forth on social media about the allegations.

Here are some screenshots from Martinez's Instagram Story showing the current state of things (it's not good):

The whole thing has gotten so messy that people are reportedly coming out of the woodwork to comment on the situation.

So, it's basically an Instagram Story war at the moment with screenshots and lots of people taking sides.

There's no word yet on whether there will be any kind of investigation into the matter. At this point, it's hearsay, and Dottavio seems keen on making sure he's ahead of the issue and speaking out.

According to the New York Post, representatives from ABC offered no comment on the allegations. So, at this point, it's still up in the air what the outcome will be.

Hopefully, this unfortunate situation can be resolved in an efficient, mature, and dignified manner.