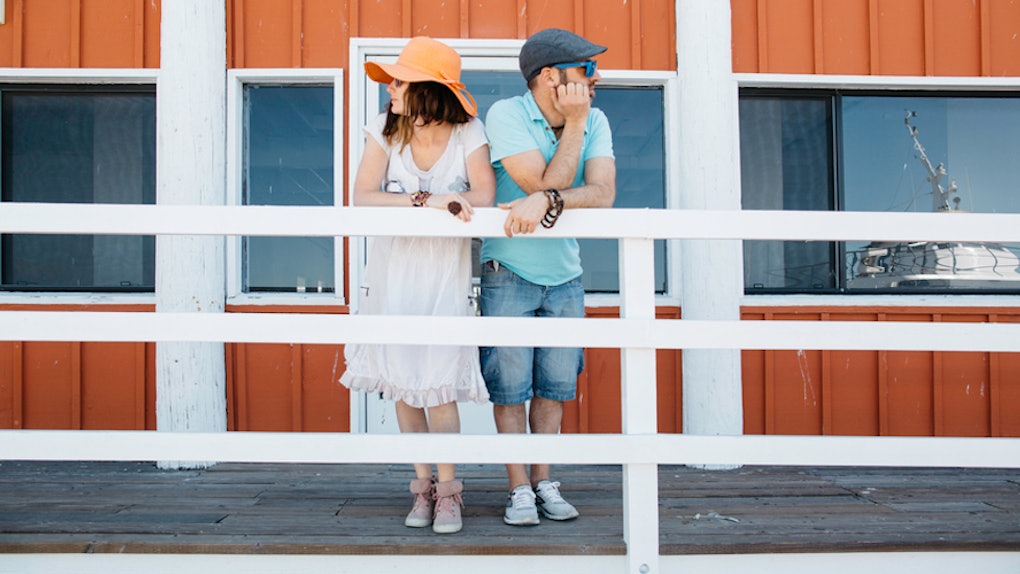 Before Telling Your Partner You’re Upset, Ask Yourself These 4 Questions

We've all been there — jaw tight, pacing around the room, drafting the most intense message to send your partner. Sound familiar? Unfortunately, getting upset with your boo at one point or another is basically unavoidable. But just like all of those adorable old couples say to us youngins, it's important to choose your battles. Before telling your partner you’re upset, taking some time to analyze the situation, as well as your feelings, could avoid an unnecessary fight.

Trying to keep a lid on your emotions can sometimes feel impossible, and to a certain extent, you shouldn't necessarily have to. Talking through something that's upsetting you without it turning into an argument is one of the most valuable skills when it comes to conflict management.

Even when we don't want to admit it, sometimes, confronting a SO about certain things — depending on the specifics — might lead to drama that could have been avoided.

If something your partner did left you with some negative feelings, it may be a good idea to ask yourself these four questions before immediately pouncing on the topic. Once you've allowed yourself to cool down and examine the issue with clarity, maybe you'll find that you overreacted, or that it's not quite as big of a deal as you had initially thought.

1. What Role (If Any) Did I Play In The Situation?

More often than not, situations don't unfold in a bubble, meaning that there are typically a handful of different actions and decisions surrounding an issue at hand. As humans, it can be all too easy to completely ignore the role we might have played in conflicts.

For example, if you're upset after finding out that your partner was hanging out with a friend that you've made clear you don't particularly like, and they told you they were just hanging out with friends — understanding that they probably didn't tell you to be dishonest, but rather to avoid having to defend their friend to you could put things in perspective.

But this absolutely doesn't mean that you should feel guilty or responsible for something that was 100 percent out of your control (like if they cheated, or physically harmed you in any way).

2. Is This A New Or Recurring Issue?

If they happened to forget about a date you guys had set, but you know they've been dealing with a ton of stress and they typically aren't forgetful, this may be a situation where (while you're totally allowed to be upset) you might want to let them off the hook. Definitely let them know how it made you feel, but consider moving on and not making it into a huge issue.

On the other hand, if they are constantly doing the same ol' things without taking into consideration how they're making you feel, then this is totally something that requires a convo.

3. What Am I Upset About, Specifically?

When thinking over something that happened, sometimes emotions get in the way of clarity. Before making your grievances known, being able to pinpoint exactly why you're upset and communicating it in a clear and direct way is so, so important. If speaking directly is something that you struggle with, then it's OK to spend some time rehearsing what you want to say. And while sending a text may be tempting, having an important conversation via text when you're upset typically isn't a a good idea.

4. What Is My Goal In Bringing It Up?

Knowing what outcome you're hoping for when going into any serious convo is so underrated, IMO. I can think of so many discussions that have exploded into much bigger issues because "sorry" wasn't enough. If you're expecting more than just an apology and a promise to do better from your SO, then working out what exactly that is and asking for it directly will save you so much drama.

Once you’ve given yourself the opportunity to establish what you’re feeling and why, deciding if it’s something you should talk to your SO about will be totally up to you. Going into the conversation level-headed and having thought things through, chances are your partner will be much more receptive than if you had pounced on them in full-fight mode.