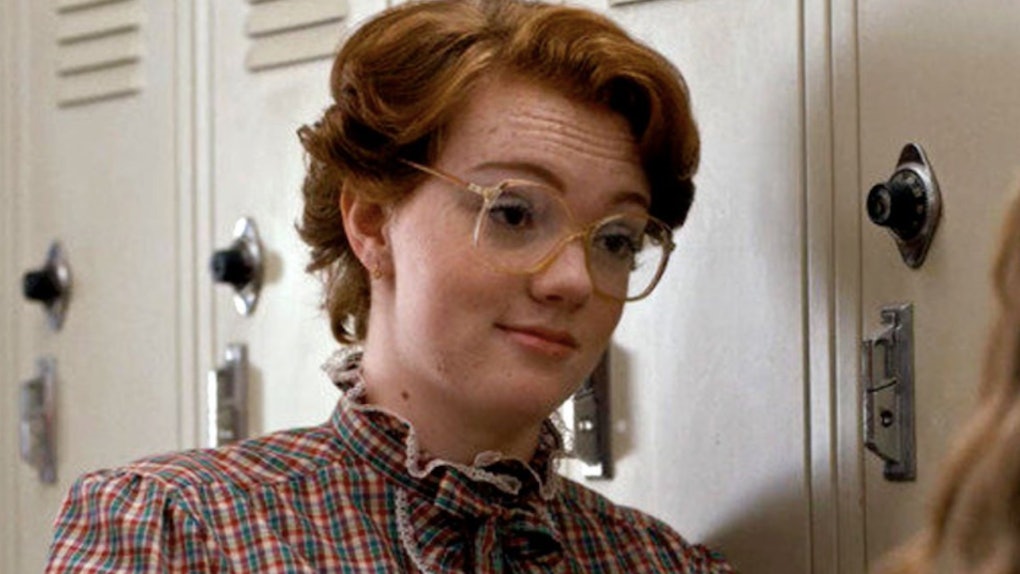 Barb Got Justice On 'Stranger Things' & It's About Time

If you're a fan of Stranger Things, then you know Nancy's BFF and the true champion of Season 1 — Barb Holland — got a seriously raw deal. (I mean, really, was anyone aside from Nancy even slightly concerned about her being kidnapped by a demon monster?) More importantly, though, if you're anything like me, you've been a member of the "Justice For Barb" campaign since then. Well, my friends, you've come to the right place, because I'm here to talk about how Queen Barb finally got justice on Stranger Things Season 2. WARNING: This post contains SPOILERS for Season 2 of Stranger Things.

For a while in Season 1, it seemed like everyone except Nancy had given up on looking for Barb. Indeed, it was like Stranger Things had forgotten all about her. As promised, though, Stranger Things Season 2 shows us what's been going on in Hawkins over the past year since Will's return from the Upside Down, and part of that has to do with the search for Barb. Though she doesn't come back to life (or even really appear at all), at least we know Barb hasn't been forgotten by everyone. Season 2 shows us that Barb's parents have been actively searching for their daughter since her disappearance, even hiring a private investigator to look for her. Sadly, what they don't know is that Nancy actually found Barb, dead AF, in the Upside Down.

As heartbreaking as it is that Barb isn't coming back, at least we know she's not been forgotten. According to one of the show's actors during last year's Stranger Things panel at New York Comic-Con, the show always intended to give Barb her justice. Indeed, David Harbour (the actor who plays Chief Hopper) revealed the show's plans for Barb didn't end with Season 1. He said,

[W]e do deal with the loose ends in Season 2, and we do deal with some of the internet rage over Barb’s death, we will have justice for Barb's death in some sense.

Understandably, looking at the gargantuan size and scope of Stranger Things, it's impossible to tie up every loose end in only a handful of episodes. In an interview with ING last August, one of the creators of Stranger Things, Matt Duffer, explained why Barb's storyline vanished in the first season, and how Season 2 fixes that. The EP and writer said,

Barb will not be forgotten. We'll make sure there's some justice for Barb. People get very frustrated, understandably, that the town doesn't seem to really be dealing with Barb. That stuff is all happening, we're just not spending any screen time on it. It's not like her parents are like 'Oh, Barb left. She died!' Season 1 actually takes place over the course of six or seven days - it's a really short period of time. So part of what we want to do in the hypothetical Season 2 is to explore the repercussions of everything that happened. Everything was left a bit of a mess in that there's a little bit of clean-up to be done. It was so messy that it's impossible to completely clean that up so a lot of it bubbles to the surface in Season 2.

Thank god it bubbled to the surface, because Barb deserves better. Now that that's all figured out, though, the new question is: When will we get Justice for Mews? I guess we'll have to wait for Season 3 to tie up that loose end.