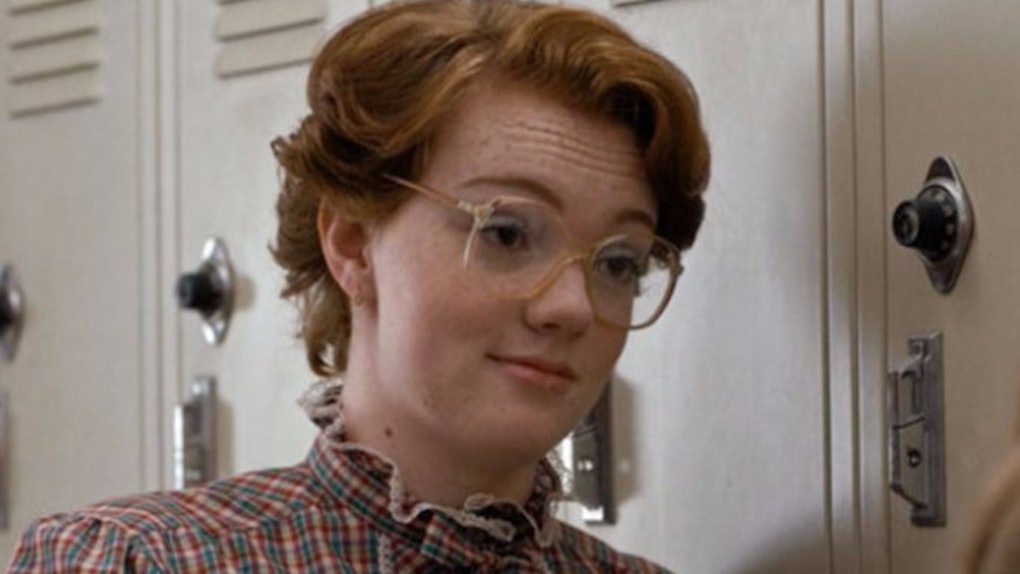 What Happened To Barb On 'Stranger Things' Season 1? Refresh Your Memory On Why She Deserves Justice

2017 has been a rough year: Sense8 was cancelled, our government is falling further into disrepair with each passing day, and Beyoncé has yet to announce a new album. That all aside, Stranger Things is almost back for its second season and THAT, my friends, is the best news I've heard this entire decade. Since the trailer for ST Season 2 debuted, fans of the Netflix thriller have been geeking hard and anticipating the show's October 27 release. Now that we're closer than ever to a new season of mystery and suspense, ST diehards are hoping Barb gets justice in Season 2.

Perhaps one of the most controversial aspects of Stranger Things Season 1 is the fact that one minor character (read: the pillar on which Season 1 rested), Barbara Holland, was snatched up by the Demogorgon while she was just innocently dipping her toesies in Steve's pool and never seen again until she was found floating dead with a weird worm thing crawling out of her mouth in the Upside Down. Since then, Barb has become somewhat of a millennial icon (despite her being born in the '70s), and, as a group, we're all pissed about her fate in the first season.

I mean, does anyone aside from Nancy even care about Barb?? Where are Barb's parents? How did Will make it out of the Upside Down and not Barb? IS that a new bra Nancy??? WE WANT JUSTICE FOR BARB and, luckily, it looks like we might get some in Season 2.

That's right, one of the show's writers and creators, Matt Duffer has said our queen will get justice in the show's sophomore season. The mastermind behind Stranger Things told ING in August of last year,

Barb will not be forgotten. We'll make sure there's some justice for Barb. People get very frustrated, understandably, that the town doesn't seem to really be dealing with Barb. That stuff is all happening, we're just not spending any screen time on it. It's not like her parents are like 'Oh, Barb left. She died!' Season 1 actually takes place over the course of six or seven days - it's a really short period of time. So part of what we want to do in the hypothetical Season 2 is to explore the repercussions of everything that happened. Everything was left a bit of a mess in that there's a little bit of clean-up to be done. It was so messy that it's impossible to completely clean that up so a lot of it bubbles to the surface in Season 2.

Of course, Duffer's interview took place before any of us (himself included) were even sure there would be a Season 2, so, at the time, there was no guarantee we'd ever see any of the characters again, let alone our shining star Barb; Netflix confirmed a follow up season only a few days later, though, and a subsequent interview with David Harbour — the actor who plays Sheriff Hopper — at last year's New York Comic-Con confirms Barb will be a presence in it. Harbour said,

[W]e do deal with the loose ends in season 2, and we do deal with some of the internet rage over Barb’s death, we will have justice for Barb's death in some sense.

THANK GOD. I know the trailers for Season 2 look intense, and they promise just as much mystery and suspense as Season 1, but all of that means nothing if Barb doesn't get redemption.

As much as we'd all like to see Barb come back from the dead with a vengeance, though, (stranger things have happened on this show), we can cross that off the list of possibilities. In a recent interview with The Hollywood Reporter, executive producer Shawn Levy said, point blank, Barb is not alive. The EP told THR,

We are going to do things that fans will be disappointed in, but I think they will be more satisfied. People still think Barb's alive, because you think you want that, but you wouldn't really want that. I've had some huge celebrities come up to me at awards show and be like 'Between us... Barb's coming back, right?' No! She had a creature... slug, worm, snake... coming out of her mouth. I don't know that there's a bounce back from that! We are not going to cravenly service the wish-list of fans, we're going to service the Duffer instincts, and what they feel is the right story to tell.

I guess we'll have to be okay with Barb getting justice from the grave.

As far as what else we can expect to see in the upcoming season of Netflix's biggest overnight sensation, Matt Duffer has said this new chapter will be "darker and weirder" than its predecessor. Indeed, the creator told ING last year,

Judging from what's been revealed about the new season so far, Duffer isn't kidding. Eleven is back and bleeding from the nose again, there's a new, bigger monster loose in Hawkins, and Will's back in the hospital. Barb or no Barb, one thing is for sure: This season is going to be insane.

I guess all that's left to do now is refresh your memory on Season 1 and get your "JUSTICE 4 BARB" t-shirt ready for October 27.