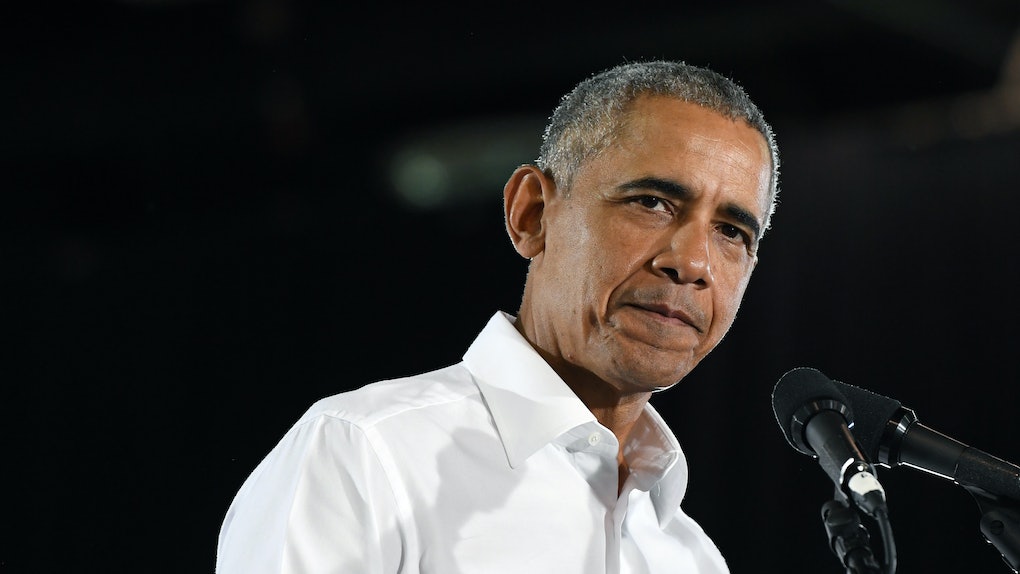 Feb. 14, 2019, marks one year since a gunman opened fire at the Marjory Stoneman Douglas High School in Parkland, Florida, killing 17 people. Many of the survivors of that day have since committed to championing gun control reform in this country and have become activists and heroes in the eyes of many, including a former president. President Barack Obama's tweet about the Parkland anniversary shares how "proud" he is of the students.

The Parkland students who survived the shooting in their high school didn't waste a moment. Mere hours and days after the shooting, they got to work on being spokespeople for gun control reform, and quickly became household names. In a year they managed to breath new life into the gun control debate, help usher in new state-level gun laws in places like Florida and Oregon, inspire other activists, organize a march on Washington, D.C. to demand the government take action on gun control, and much more. Given all they've managed to do in a year, Obama sent out a tweet telling them how "proud" he is of all of the Parkland survivors who have kept pushing for change since the tragedy. He wrote,

In the year since their friends were killed, the students of Parkland refused to settle for the way things are and marched, organized, and pushed for the way things should be - helping pass meaningful new gun violence laws in states across the country. I'm proud of all of them.

Just a month after the massacre, the Parkland students organized the March for our Lives on March 24, 2018. The march, which demanded action on gun control, drew people to the nation's capitol by the thousands. The march also saw sister events pop up all over the country and the world. But their accomplishments weren't capped at a highly-attended march, and in fact, they managed to make real moves on the gun control legislation front.

Following the events at Marjory Stoneman Douglas, in March 2018 Florida Gov. Rick Scott, a Republican, signed into law Senate Bill 7026, or the Marjory Stoneman Douglas High School Public Safety Act. The bill included raising the age of purchase for a firearm from 18 to 21, and was Florida's first bit of gun legislation that tightens up gun control. The bill also contained a provision for arming some teachers, according to CNN.

Florida wasn't the only state to move towards action as a result of the Parkland shooting and its surviving students. In March, Oregon Gov. Kate Brown, a Democrat, signed new gun safety legislation into law that prevents romantic partners who have been convicted of domestic violence or stalking from buying or keeping firearms. The new legislation closed what was known as the "boyfriend loophole," as the state's laws originally only applied to married partners, according to Huffington Post. While the bill was first introduced in January, prior to the Parkland shooting, Brown said the state pushed it through because of what happened in Florida, according to KOIN News.

Before Feb. 14, 2018, the Parkland students were just a bunch of high school students. But now, through tragedy, they've become public figures who have become forces for change and leaders of a movement. While I think everyone can wish that they'd never had to take on this role, it makes perfect sense that our former president is proud of them. He's not the only one.