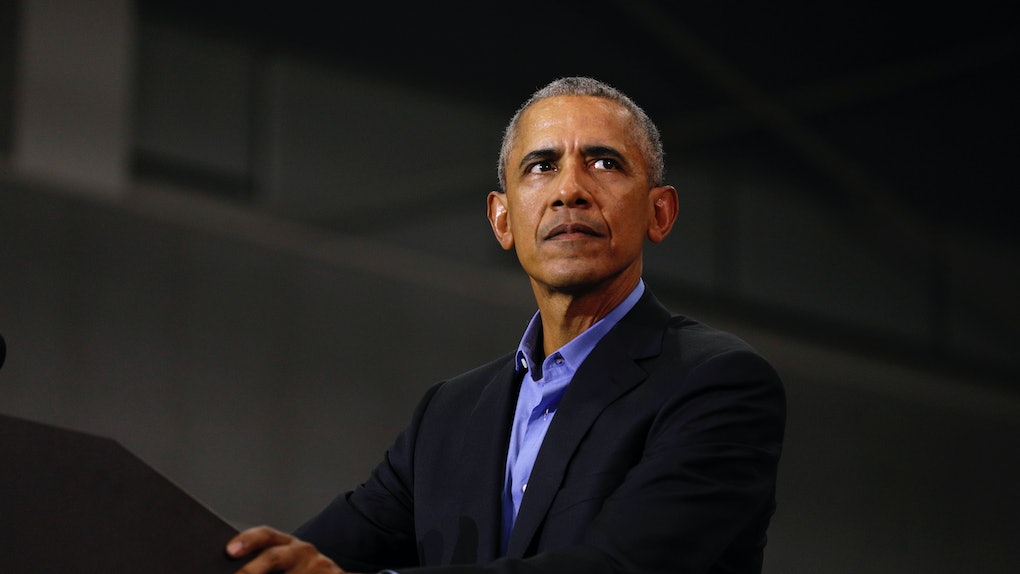 A series of explosions occurred at three churches in Sri Lanka on Easter Sunday, killing over 200 people and injuring around 450 more. Shortly after the attacks, President Barack Obama took to Twitter to comment on the explosions. Barack Obama's response to the Sri Lanka bombing attacks calls them "an attack on humanity" and vows to pray for and stand with the victims.

According to The New York Times, the initial attacks targeted three Roman Catholic houses of worship: St. Anthony’s Shrine in Colombo; St. Sebastian’s Church in Negombo; and Zion Church in Batticaloa. Three luxury hotels in Sri Lanka's capital of Colombo — the Shangri-La, the Cinnamon Grand, and the Kingsbury — were also hit by blasts. As of publication, the attacks have left over 207 people dead and 450 injured, including British, Chinese, Dutch and Portuguese nationals, per the publication. CNN reported later that eight total blast sites have been identified.

In response to the horrific bombings, many world leaders offered condolences, actions, and responses on Twitter, including President Barack Obama. On Sunday, April 21, he wrote:

The attacks on tourists and Easter worshippers in Sri Lanka are an attack on humanity. On a day devoted to love, redemption, and renewal, we pray for the victims and stand with the people of Sri Lanka.

Obama was joined on Twitter by other presidents and politicians who also responded to the attacks. President Donald Trump wrote that the U.S. "offers heartfelt condolences to the great people of Sri Lanka."

Massachusetts Senator and 2020 presidential candidate Elizabeth Warren tweeted that she was "heartsick for the victims." She continued, "To slaughter worshippers at church during Easter service is an act of great evil."

Vermont Senator and 2020 presidential candidate Bernie Sanders echoed Obama's, Trump's, and Warren's sentiments, writing, "No person should have to fear for their life in their place of worship."

Sri Lankan Prime Minister Ranil Wickremesinghe also tweeted a response to the situation in his country. He wrote,

I strongly condemn the cowardly attacks on our people today. I call upon all Sri Lankans during this tragic time to remain united and strong. Please avoid propagating unverified reports and speculation. The government is taking immediate steps to contain this situation.

According to The New York Times, Sri Lanka’s defense minister Ruwan Wijewardene said seven people were arrested in connection with the bombings. The Times also reported that Wijewardene said suicide bombers were reportedly behind the explosions that took place as worshippers celebrated Mass. The investigation into the matter is still ongoing. Sri Lanka has also imposed a temporary social media ban for networks and apps like Facebook and WhatsApp to prevent the spread of misinformation, per Al Jazeera. In addition to a temporary digital ban, Al Jazeera reported that Sri Lanka's government has imposed a nationwide curfew that would go into effect immediately and last until further notice.

Many photos of the aftermath show destroyed churches, grieving survivors, and security forces patrolling communities and investigating the explosions. According to USA Today, the attack marks some of the deadliest violence on the South Asian island country in a decade. It's good to see world leaders speaking out against the violence, and hopefully words will soon turn into action to prevent future attacks.

More like this
The More Contagious B-117 COVID Variant Is Now The Most Common Strain In The U.S.
By Rhyma Castillo
These Tweets & Memes About Matt Gaetz's Venmo All Make The Same Joke
By Cianna Garrison
Michelle Obama's Easter 2021 Instagram With Barack Is A Cute Photo Booth Moment
By Daffany Chan
Stay up to date