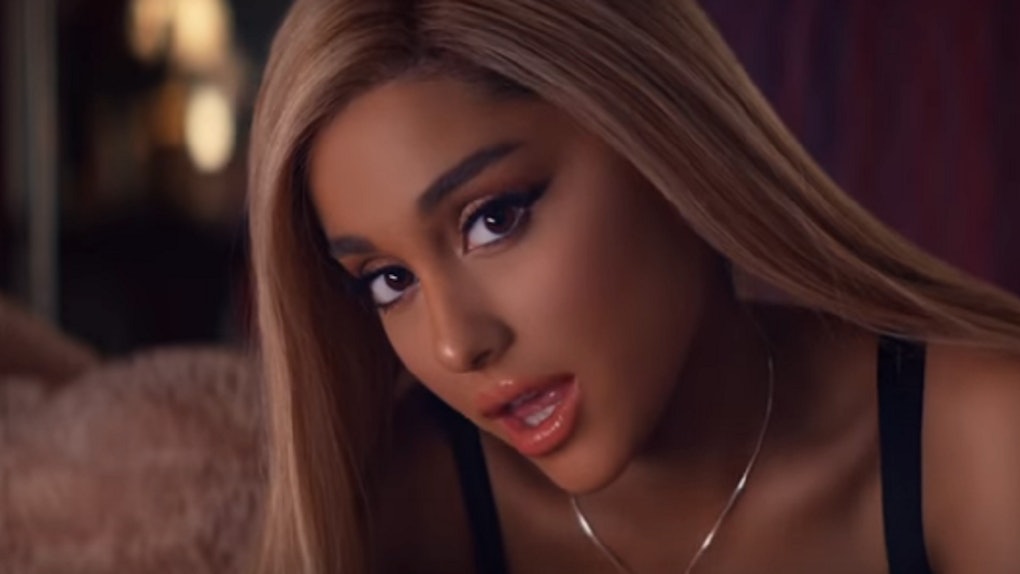 Ariana Grande's Clues About Pete Davidson's BDE In The "Thank U, Next" Video Are Too Much

Now that Ariana Grande and Pete Davidson have split, it looks like the hype about Davidson being the poster child for BDE ("big d*ck energy," ICYMI) has died down. When the term started swirling around him this summer, it was purely based on speculation, but his ex-fiancé's new music video basically confirmed the internet's biggest question. Ariana Grande's clues about Pete Davidson's BDE in the "Thank U, Next" video are so specific that you just have to laugh.

Following the couple's whirlwind romance and engagement earlier this year, Grande and Davidson called it quits in October. Saturday Night Live star Davidson joked about the breakup in a promo for the sketch comedy show a few weeks later, prompting Grande to tweet some shade about the awkward shoutout. The pop singer then sent out a message that, unbeknownst to fans, was the title of her next single. Writing, "thank u, next," in a now-deleted tweet, she released a full song under that name days later on Nov. 3. And that's how you deal with a breakup!

Also the name of her upcoming fifth album, "Thank U, Next" references several of Grande's high-profile exes, but with Davidson being her most recent partner, Arianators can't help but focus on the song lyrics that he inspired. Although BDE's origins reportedly trace back to Anthony Bourdain, the art of having a quiet confidence thanks to your large penis size has become synonymous with Davidson and his comedy style. When the "Thank U, Next" video debuted on Nov. 30, our girl Ari seemingly let us know via subtle (and some not-so-subtle) clues that the internet's suspicions are totally true.

Paying homage to several cinematic hits of the early 2000s, Grande's video puts particular focus on recreating scenes from 2004's Mean Girls. When she's emulating head mean girl Regina George, Grande whips out her burn book and begins singing, "Even almost got married / And for Pete, I'm so thankful." In a blink-and-you-missed it moment, you can spot "Huuuuge" written on the page she has dedicated to her relationship with Davidson. I see what you're doing, girl.

You might have to go back and rewatch the scene to catch it, but Grande is definitely chill with ending fans' eternal quest to learn if Davidson is indeed exuding BDE or is just really, really confident.

That's not the only sneaky clue she gives us, either. Toward the video's end, Grande then plays the part of Legally Blonde's Elle Woods, confiding to the movie's manicurist Paulette, played again by Jennifer Coolidge. Alluding to Davidson, Grande says, "He was really cute, you know? He was really cute. And it was...it was really big." Although Paulette then talks about dating a guy with a big front tooth, I think we all know that that's not quite what Grande meant.

Welp, I guess we can rest assured that Davidson is definitely a prime example of big d*ck energy. Even if you're totally over the comedian and his ties to this song, here's to Grande for crafting a video that makes every movie fan proud.