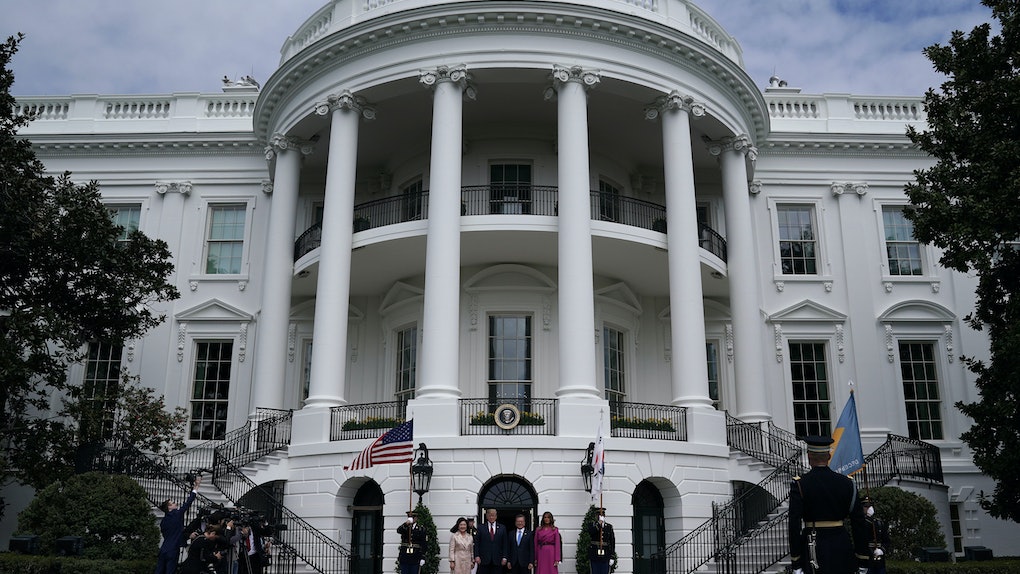 Are White House Interns Paid? It's All For The Experience

Whether you're in college, or enjoying that new degree, it's key to to get real-world experience in the workplace. That's why internships are so important, but unfortunately most are unpaid. So, for those who want hands-on experience in politics, but need to know: are White House interns paid? Unfortunately, that's a no.

According to the White House website, White House interns are not paid for their work, so that sucks. Truth be told, that's not uncommon for a majority of internships. Even though it's not necessarily surprising, the White House Internship Program has received criticism for not paying its interns. However, under the Trump administration, that might be the least of the interns' worries.

Unpaid internships are common in many career fields, with the intent that students and recent graduates can gain experience for future employment. However, unpaid internships have also gotten a lot of heat for perpetuating privilege, since only people who can afford to not be getting paid can afford to take them. In recent years, some advocates have started speaking out against the lack of compensation. According to a March 2016 report from The Guardian, the United States offers 1.5 million internships each year, but half of them are unpaid. So, oftentimes interns are expected to pay for housing, food, and other expenses — without earning a salary.

While many interns may work for free and gamble on getting hired after interning for the company, the likelihood of scoring a job within the company is apparently still slim as well. In 2016, The Guardian cited a 2015 report by the National Association of Colleges and Employers (NACE), which stated that only 52 percent of interns were offered a job after completing their internships. Meanwhile, 70 percent of interns expected to be offered a job after the internship ended.

The White House Internship Program runs throughout the year, with interns working for the fall, spring, and summer. Interns are expected to work at least four and a half days on a full-time schedule 9 a.m. ET to 6 p.m. ET, according to their website. According to their frequently asked questions, the internship program also does not offer housing. So, if you also need to pay rent or buy food, it looks like you're on your own, kids.

If you can swing it, though, it looks like a great opportunity to learn about how the political sausage gets made. For those who aren't stressed about not being paid, go forth and grab those internships! Summer is approaching, after all.