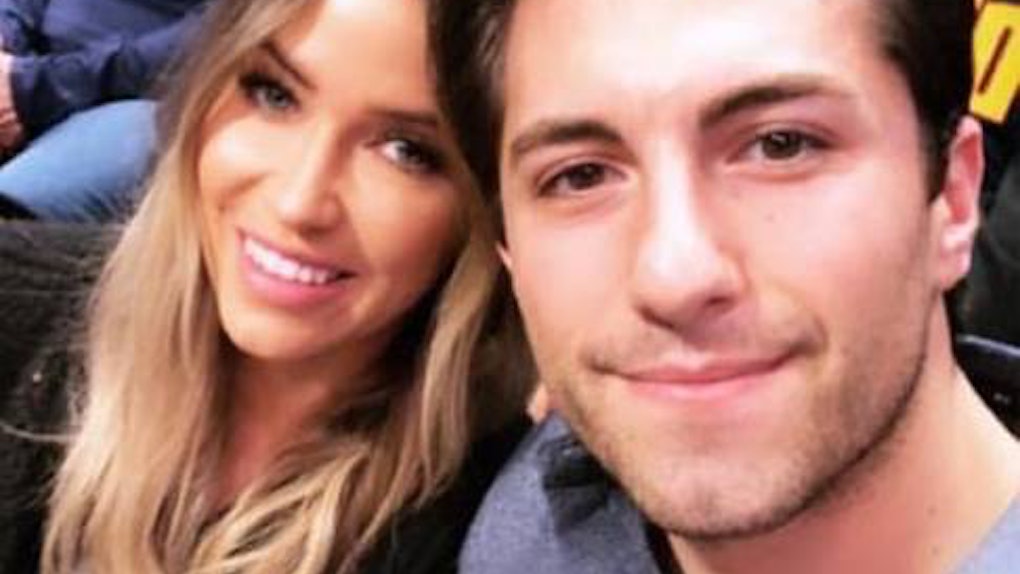 In the world of Bachelor Nation, relationships move quick. For example, if you're wondering if are Kaitlyn Bristowe & Jason Tartick officially dating, the answer is yes. They most definitely are.

Two weeks ago, Bristowe, the lead on the 11th season of The Bachelorette, and Tartick, a contestant and fan favorite on Becca Kufrin's season of the show, spoke on her podcast and decided that they were going to go on a date. It all happened very quickly. Long story short: He called into the show, she asked him when he's gonna ask her out, he went ahead and asked her out and bada-bing-bada-boom, it was a date!

Since their date, it appears that the two have officially started dating. And, I mean, after having their romance first begin on her podcast, why not keep listeners in the loop throughout the entirety of it?

In this week's episode of Off the Vine, we got a real sense of how far they've come since what had to be their absolutely legendary first date.

In fact, they've come so far that Tartick, who was initially "bummed" that he wasn't picked to be The Bachelor this season, is actually now happy because he gets to be with Bristowe. Life has a funny way of working out, doesn't it?

Bristowe even took a moment to throw some flirty jabs at her new bae. "Sorry you can't be perfect, Jason. You gotta have something," she said. "You're good looking, you're the sweetest person I ever met. You just have good intentions, you're well raised, you're just a little diamond in the rough."

So... how are they making things work this well this early on? "We are so open and honest and like our communication is like so mature and healthy," Bristowe explained. "And we're very vulnerable. It's life-changing actually."

When asked if their relationship felt quick, she responded by saying: "No, we're having a great time. It's fun."

Communication, people! It's a real game-changer.

Bristowe also got real about her decision to keep everything so public when it comes to her personal life.

"To me, it's just like if things do work out, or they don't work out, people are just going to be on that journey with me and that's just part of life," she said. "I don't want everything to seem perfect."

Oh, also. Don't worry. Tartick is definitely not a rebound. "I don't ever want people to think that I would use any guy as a rebound," she clearly noted. So don't think this relationship has anything to do with her ex Shawn Booth.

In fact, she never even thought she'd wind up with someone from Bachelor Nation. "But you can't help who you like," she said, adding, "To me, you can't fight chemistry. And you can't fight a good guy."

Honestly, the two truly seem really happy and I'm happy for them! Every single person deserves love and happiness. Good for these two for finding it and sharing it with the world as a glimmer of hope!