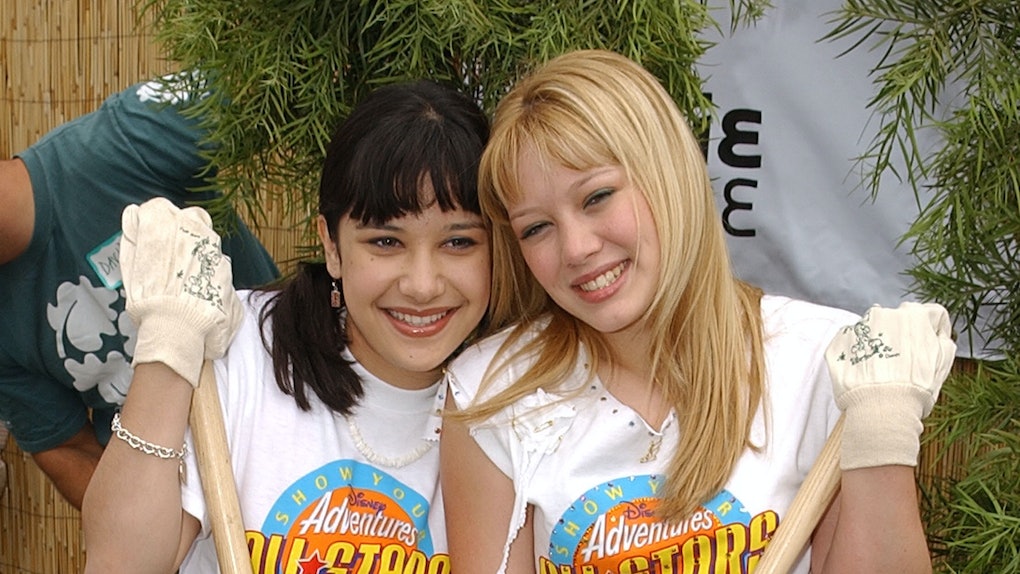 Are Hilary Duff & Lalaine Still Friends? Here's Where They Stand

Lizzie McGuire was an iconic coming-of-age show for tweens in the 2000s because Lizzie was just so relatable. She was self-assured (kind of), totally cool (but also awkward), and hella funny (even when she didn't mean to be). It's fair to say Lizzie probably wouldn't have made it through high school without her outspoken BFF Miranda Sanchez, played by Lalaine. Miranda was with Lizzie when she demanded her first bra. Lizzie was also there for Miranda when she opened up about her problem with body dysmorphia. The two characters were tight-knit friends, and, as it turns out, Hilary Duff and Lalaine are seemingly still friends, too, which makes the classic on-screen friendship that much sweeter.

After Lalaine left Lizzie McGuire before its final season ended to perform on Radio Disney tours and film her DCOM You Wish, fans wondered if there was a rift among the cast. And since Lalaine fell off the map after Lizzie, there was no way to know where Duff and Lalaine stood. But in Lalaine's May 2015 interview with Huffington Post, she revealed she and Duff shared a tight bond.

"We lived across the street from each other by chance. Hilary and I shaved our legs together for the first time, and things like that, you know?" she said.

No wonder it looked like no time had passed when Duff, Lalaine, and Jake Thomas (who played Lizzie's younger brother, Matt) met up at a bowling alley in April 2015. The hangout session was the reunion Lizzie McGuire fans' dreams were made of.

Lalaine revealed to Huffington Post that the former castmates' bowling get-together marked the first time the cast had seen each other since the series ended in 2004. Lalaine admitted she lost contact with her co-stars, but was thrilled to reunite with Duff.

"It’s probably best that we lost touch during those times I went through, and I’m in a completely different place now, which is why it was so awesome that I felt good when I saw [Hilary]," she said.

That connection between childhood co-stars didn't end that night. "[Hilary] and I exchanged numbers," Lalaine said. "She texted me a couple times, and it’s such a trip to randomly see her name pop up on my phone now. It’s like, yeah, we may not have spoken for 14 years, but somehow it’s one of those things where it’s probably gonna just pick up where it left off."

As for the future, in August 2019, it was announced that Disney+ was be rebooting Lizzie McGuire, but Duff was super tight-lipped about the possibility of the rest of the original cast returning. But, on Nov. 20, Duff revealed Adam Lamberg will rejoin the cast and reprise his classic role as Lizzie and Miranda's other BFF, Gordo.

So, what about Lalaine? At the time of publication, her return hasn't been confirmed, but she did receive a cryptic text from Lamberg on Oct. 24.

Lalaine never shared what the text actually said, but if it had anything to do with Lamberg's return to the series, maybe Lalaine will be back in, too. That would mean Duff and Lalaine's real-life and on-screen friendship could thrive and continue. Hey now! Hey now! This is what dreams are made of.