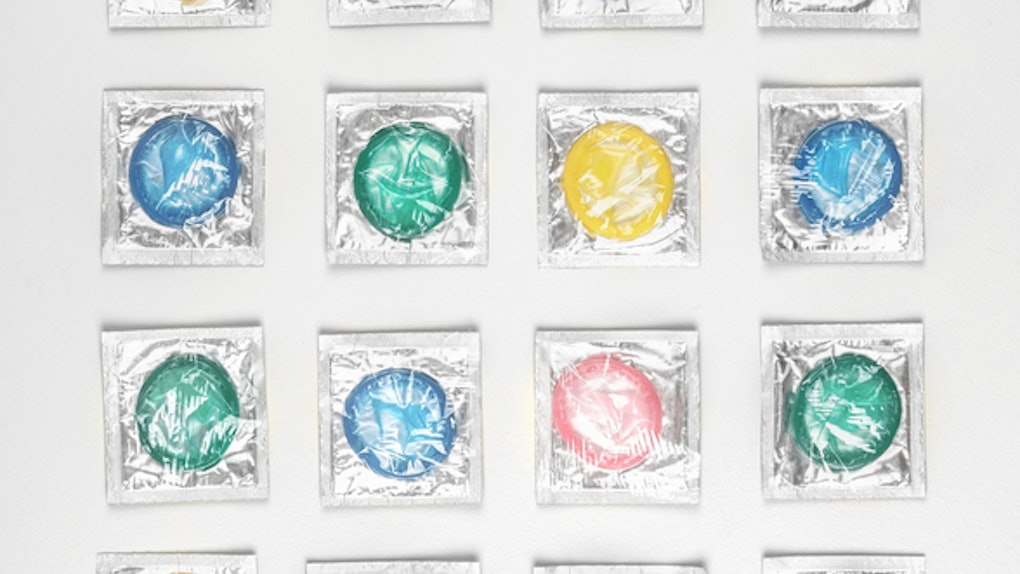 Are Condoms Provided In The Olympic Village? Here's Everything We Know

With the 2018 Winter Olympic Games just a few weeks away, the buzz around all things Olympics past and present has just begun. Set to be held in the South Korean city of Pyeongchang, the 2018 Olympics bring about a world of questions: What is it like to be an Olympic athlete? Is it too late for the rest of us? Why is curling a thing? Well, it seems like some other things everyone is really curious about have to do with sex. How do Olympians find the time and energy to get it on? Are condoms provided in the Olympic Village?

I mean, with the pressure of representing your entire country on an international stage, there's no doubt most of the athletes in the games are going to have plenty of steam to blow off, if you know what I mean. And what better way to celebrate a victory — or make a crushing defeat better — than to get frisky with a never-ending supply of attractive athletes?

Well, the obvious answer is, yes, condoms are readily available to athletes in the Olympic Village. According to Brazilian newspaper Folha de São Paulo, a whopping 450,000 condoms were provided for athletes at the 2016 Rio Olympics. But what wild happenings are going on in the Olympic Village that warrants a staggering 450,000 condoms (350,00 male condoms and 100,000 female condoms). That's roughly 2.5 condoms per day, per athlete (42 condoms for the whole games total).

There's really no point in pretending that putting hundreds of the world's most famous and attractive competitors together in the same space for 17 days wouldn't end in a bunch of steamy hookups. (At least they're being safe, though!) The truth is, the facade perpetuating nothing but wholesome happenings in the Olympic Village first began to crumble way back in the 1992 games, when Olympic officials started ordering condoms like there was no tomorrow, according to ESPN. And apparently, this frisky frenzy has become an even bigger deal for the Olympics in the years since, so much so that there's reportedly someone at the Olympics whose specific job is to wander around with an enormous bag of condoms.

Honestly, anyone who can even begin to make a dent in almost 50 condoms in just a little over two weeks — while attempting to give the best athletic performance of their lives ever — definitely does deserve a gold medal.

Where things really get interesting, though, is when you take a look at the growth in condom numbers throughout the years. According to the Guardian, the amount of condoms needed to meet the demand has (almost) consistently continued to climb. While the 1988 Seoul Olympics began with 8,500 condoms being provided, 90,000 were provided at the Barcelona games in 1992, and eventually, 130,000 were provided at the Athens games in 2004. At the Sydney games in 2000, officials called in 20,000 condoms, in addition to the 70,000 already provided, because they ran out.

Although no one really knows for certain what lead to this huge jump in Olympic sexy time, some believe it's due to the emergence of dating apps. Apparently, gay dating app Grindr got so lit during the 2012 London games that the app crashed pretty much as soon as some of the first teams got off the plane, according to Mirror.

But hey, no judgement considering there's so much at stake. If having a truly wild amount of sex can help keep your head in the game, then by all means, have at it. And with such a clear emphasis on making sure there are more than enough resources for everyone to practice safe sex, I guess what mom doesn't know can't hurt her.

Although the exact amount of condoms that are going to be made available this time around hasn't yet been released, if past trends are any indication, it's going to be a lot.

More like this
Making Love Vs. Having Sex: Here's How To Tell The Difference
By Anjali Sareen Nowakowski
27 Morning Sexts To Send Your Partner To Put A Smile On Their Face When They Wake Up
By Rachel Shatto
How To Not Get Pregnant After He Came In You & You're Freaking Out
By Rachel Shatto
Stay up to date