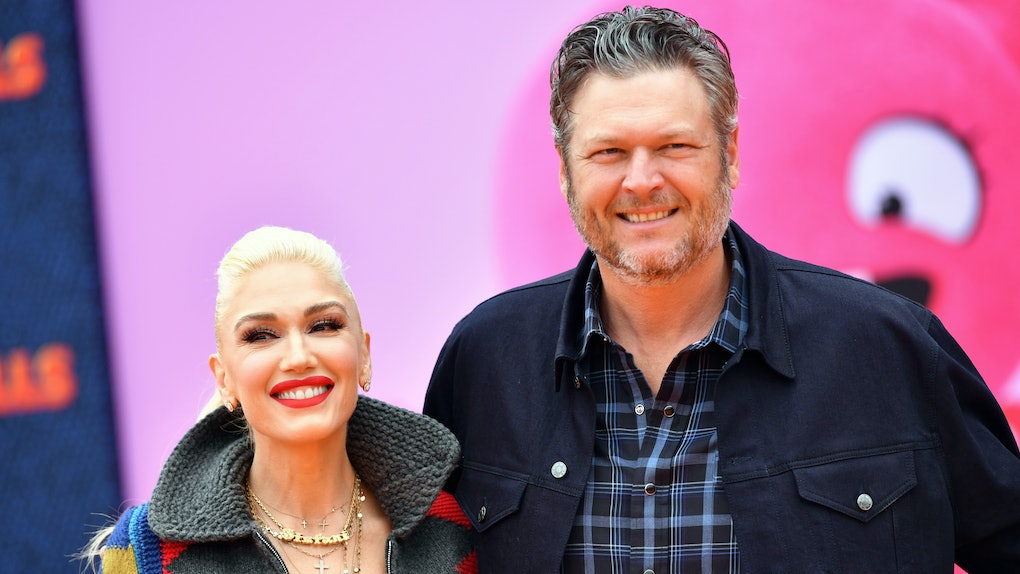 Are Blake Shelton & Gwen Stefani Engaged? They Might Be Soon After This Promising Update

They've been together for four years now, but are Blake Shelton and Gwen Stefani engaged yet? Well, no. But on an episode of The Ellen Degeneres show that aired on May 1, Degeneres tried to give Shelton a little bit of a shove in the right direction by giving Shelton a "pre-engagement" gift to give to Stefani.

Before gifting the clock to Shelton, she told him how she'd done something similar for Jennifer Lopez and Alex Rodriguez just weeks before they were engaged. "So Jennifer Lopez was here and I wanted to help her out with A-Rod because she wanted to marry him, obviously, like Gwen wants to marry you," she joked. "And I gave her a clock that she could give to him just to remind that the clock is ticking. So I gave her that clock and literally like a week later he proposed to her."

After giving Shelton the backstory, she gave him his very own clock with a photo of him and Stefani kissing on it. In case you missed the glaringly obvious hint, it's basically a reminder for Shelton that the clock is (literally) ticking and he should probably put a ring on it ASAP.

But Shelton had literally the best response ever. Instead of just accepting that this was a hint that he needs to pop the question to Stefani ASAP, he decided to turn the tables a little bit. "So you're saying ...there's a chance she's going to ask me to marry her? You're saying with this clock."

He joked, "You see how I flipped it around and put it on her?"

DeGeneres was all on board for the idea of Stefani asking Shelton for his hand in marriage. "Now that she knows that you're waiting for her to ask, now that she's sees this, she'll ask you," DeGeneres reassured him. "I'll call her tonight."

Ah, DeGeneres is such matchmaker.

But for real, Stefani and Shelton have reportedly been making wedding plans for some time now, even though they're not engaged. According to a report by Us Weekly in February of 2019, the couple is just waiting to get their affairs sorted out with the church. A source told the publication that Stefani, 49, “began the formal process” of having her marriage with ex-husband Gavin Rossdale annulled by officials of the Catholic church "so she can marry Blake and have it be recognized by the church.”

For Stefani, making sure they're squared away with God is reportedly a huge priority before they go ahead and tie the knot. “Gwen’s religion has always been extremely important to her, and Blake is completely supportive of this," the source told Us Weekly.

Whether or not they do get married any time in the near future, Shelton has been clear that he intends to spend forever with Stefani, who Entertainment Tonight reports he's been dating since 2015. Like, literally. In an interview with Entertainment Tonight in November of 2018, Shelton was asked if Stefani was his "forever person." Shelton had a pretty dang confident response. "I would like to think so, come on," he told the reporter. "This is romance around here, of course!"

More like this
When Are Ariana Grande & Dalton Gomez Getting Married? Here's The Reported Tea
By Corinne Sullivan
Zac Clark & Tayshia Adams Are Wedding Planning & I’m So Pumped
By Lydia Wang
Why Did Jennifer Lopez & Alex Rodriguez Break Up? She Dropped A Hint On Instagram
By Candice Jalili
Stay up to date