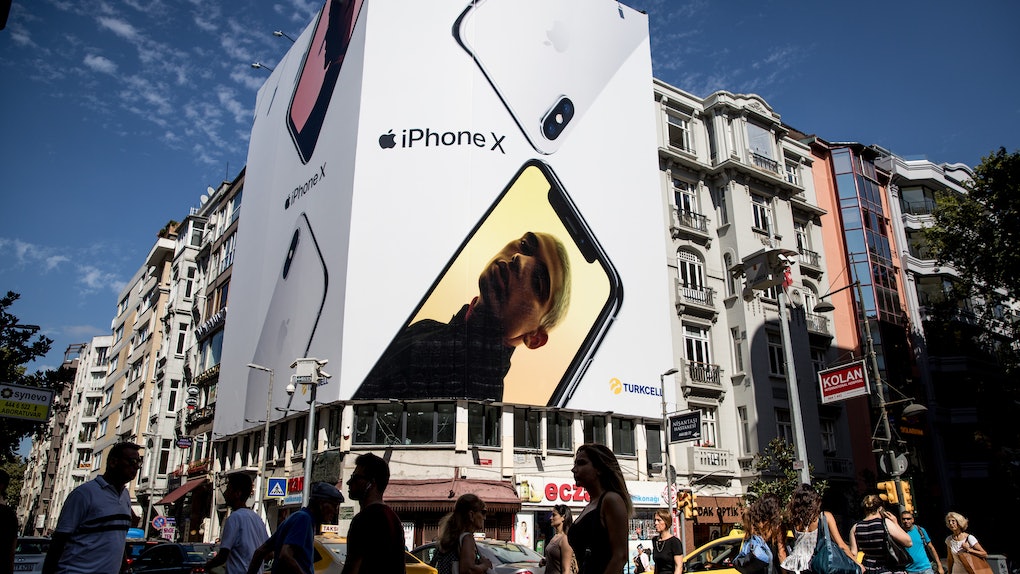 I'm not a photographer, but I must admit: iPhone cameras have gotten really advanced. Between portrait features, bokeh effects, depth control, and more, it's almost like every iPhone user has unlimited access to a professional camera whenever they need one. Apparently, Apple noticed how impressive customers' photos have gotten in recent years, because the company recently announced a new contest for iPhone users. The contest — which is officially called Apple's Shot on iPhone Challenge — asks anyone who's using an iPhone to upload their greatest pics for some awesome prizes. Once you find out what the contest winners will receive, you'll be scanning your camera roll for your favorite photos.

Before I talk about the contest's prizes, let's talk about the challenge itself. Apple announced its Shot on iPhone Challenge on Tuesday, Jan. 22, which is the same day the contest started on. According to a post about the contest in Apple's Newsroom, the company is asking customers to submit their favorite photos that were taken via iPhone. Folks who have their favorite photos lined up can upload their pictures until Feb. 7, 2019 at 11:59 p.m. ET. With that being said, anyone who hasn't taken any photos for the challenge yet still has a decent amount of time to plan their iPhone photoshoots.

If you're hoping to join in on the fun, get your iPhone out and start taking pictures.

Once you have your go-to iPhone photo ready to go, you can start uploading it to the challenge. Thankfully, there are quite a few ways that you can upload your best shot — but you'll have to follow certain guidelines that'll help Apple access your photo. According to the company, those of you who upload your picture via Instagram or Twitter will have to use the #ShotOniPhone hashtag and note which kind of iPhone you used to take the photo. Those of you using Weibo can use the hashtag #ShotOniPhone# and write which model you used. Simple enough, right?

If you'd rather not share your professional iPhone photo on social media (no shame), you can email it directly to the company by sending it to shotoniphone@apple.com. Before you send it, though, make sure you use the correct file format on your picture. (FYI, the format looks like this: firstname_lastname_iphonemodel.)

Now that you know how to upload your best iPhone photo to Apple's latest contest, I'm sure you're wondering what the prizes are. According to the company, 10 winning photos will be chosen from the submissions — and those pictures will be featured in public at Apple retails stores, online, and on actual billboards in select cities. Whether you're a photographer or not, that's a pretty huge deal.

So, who's choosing these winning photos, anyway? By the looks of it 11 photography professionals will be judging the contest, including Pete Souza, Austin Mann, Annet de Graaf, Luísa Dörr, Chen Man, Phil Schiller, Kaiann Drance, Brooks Kraft, Sebastien Marineau-Mes, Jon McCormack, and Arem Duplessis. Regardless of whether you win or not, it'd be pretty awesome to have these pros take a look at your iPhone photography... don't you think?

If that sounds exciting to you, you can enter Apple's contest by Feb. 7. The judges are expected to announce the winners in February — so cross your fingers and hope that your photo is plastered across a billboard in the near future.

More like this
These TikTok "Pass The Phone" Challenge Ideas Will Hilariously Roast Your BFFs
By Daffany Chan
Can You Blur Your Zoom Background On Your Phone? Here's The Deal With This Clutch Feature
By Lara Walsh
Here's How To Use The "Hey Spotify" Voice Command For The App & Listen Hands-Free
By Lara Walsh
Stay up to date